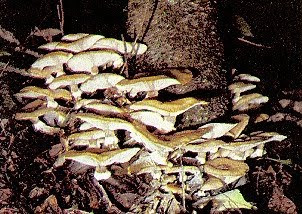 Jesus said to his disciples:
"A good tree does not bear rotten fruit,
nor does a rotten tree bear good fruit.
For every tree is known by its own fruit.
For people do not pick figs from thornbushes,
nor do they gather grapes from brambles.
A good person out of the store of goodness in his heart produces good,
but an evil person out of a store of evil produces evil;
for from the fullness of the heart the mouth speaks.

The new revelations of abuse and child rape from Belgium do not make pleasant reading.

Today's Gospel would affirm non-Catholic's belief that there is something rotten at the very root of the Catholic Church.

We are entitled to ask whether this rot is something which springs from Catholicity or the society or culture  in which the Church itself is rooted. Belgium is the country already marked by other high level secular paedophile scandals and by Dutroux's incestuous cellar.

What might also be significant is these new revelations for the most echo the situation in Ireland, reaching their height in the 1960's,  the period in which so many taboos were broken. Were the 1960's particularly rotten? If so what about other developments in the Church and society dating from that period? Dare we ask?

Another question that is particularly difficult to answer: are the rates of abuse in the Catholic Church indicative of even greater abuse in families and the rest of society? This is a question people have posed in Ireland but most are pretty shy of addressing directly but the estimates vary from below 10% to over 25% of children suffer direct sexual or sexually related abuse.
at September 11, 2010

Every tree needs to be pruned. You can't have a billion branches and expect that none of them need pruning.

Fact of the matter is, in the US (and I expect this can be extrapolated to OTHER countries) is that catholic priests molest FAR LESS than "Joe Average" or scouts or public school teachers etc ad infinitum. The media just love to beat up on the church in particular and get away with it because of anti-Catholic bias. Oh, they do report when others go off track, but, of course, in those cases, it's a one time story, as if it's not a systemic problem. Frankly, other organizations have far worse systemic problems than we do and are in even bigger denial.

The church was wrong to shuffle the priests around. No mistake, but to try and hang all paedophila on the Catholic church as if they were the only ones with problems is what is satanic. The church does need to prune itself of those people who were involved in knowingly shuffling the problem priests around. They need to resign or made to resign their offices. Nothing says "sorry" like: "you, you and you, you're all fired."

Dear oceanjewel.
Like monty python
anti shufflers round, ALL shufflers around?
Not necessarily.

I have known, in the fifties and sixties, where shuffling a priest round to avoid a situation(not paedphile) getting worse was wisely done.
Some scandals , as Father is saying re belgium, are so blatant that the y MIGHT fit the following:
Bishop- (herinafter= Bishop &/or responsible ecclesiastical authority) not in the same game himmself?
Accusation of paedophilia ( rmember accusations to even reasonable grounds for further action have run at abt 50 to 1 you look at some cases, they got away BECAUSE they were number 51 after 50 innocent suffering martyrs, and just ONE MORE accused priest got a pass.

AND Bishop knows said accusation true and utterly grave etc
AND Bishop still moves priest to delibeately cover up known grave repeated action in full etc etc
And look up pyschopaths and sociopaths.These very scary people do exist, some few made it into the priesthood, and inveigled holy honest bishops as well as -well, lest holy and less honest, should such be proven to exist.


And
I don't buy trading priests into "impartial civil justice"not now not never, it may be a temporary necessary step here in what passes for the West If Peter says so, but...

There could have been no stronger hint of the almost institutional corruption of the Belgian church than the sex “education” booklets. These were shocking enough in themselves and one had to wonder how and why this filthy literature was not only permitted but promoted. Now we have the answer.
The question I find myself asking is that, given how well publicised the contents of the booklets were, what was the response of the Vatican?
Will the revelations of sexual crimes against children receive as strong a condemnation as that given to the police raids (which now appear to be justified)? Will the Vatican send out the message that those so-called pastors who are found to be guilty will be thrown out of the priesthood?
Will Danneels, three decades - 30 years - in post, be sequestered in a monastery for the rest of his days if proved to be complicit in this scandal? Will the Belgian church be thoroughly shaken up, if necessary by the appointment of a non-Belgian cardinal to do it?
Radio silence, I feel, is no longer an option. The argument that the Vatican works slowly and for the long term is looking pretty shaky in the instance of child abuse. This is here and now. We Catholics are expected to, and do, defend the Church, its teachings and its actions. But in the face of the indefensible it sometimes feels more like we are being hung out to dry.

All apposite and excellent points, Father.....including your questions and where they might lead....

One would have to empathise with Georgem on this matter.
JARay

Skiing a couple of years ago in the Alps I spoke to a Belgium woman after the Mass. In her late 50's, she spoke with great optimism about the future of the Belgian Church but frankly, I thought she was bonkers and couldn't wait to get away. Too many of us are having these sorts of après-Mass experiences. How much longer Lord? How much longer?

The answer is yes.

Rumours of such behaviour in other churches,in local authority institutions and in certain family situations have abounded for years, a function of the general abandonment of constraints in the 60s onwards, from which the Church was not immune.

Statistics are scarce in the UK but not so in the States where, at least two studies have shown a very much higher rate of abuse in other churches and institutions.

The Church seems happy to take all the flak, and is reluctant to defend itself, taking refuge in the idea that even one priest is one too many.
True, but is there not a hint of elitism and electism in that? After all, the Church is universal and so inevitably must contain sinners as well as saints.

A better response might be, in addition to appropriate expressions of apology and contrition, to point out how much lower, and even rare, the incidence of this deplorable and widespread phenomena is in the Church compared with virtually any other area of society, ecclesial or secular.

Jacobi ~ I sense that the scandals are now being welcomed by the Church and indicate a complex dynamic going on here.

The one area the Church doesn't want examined is the Second Vatican Council and its aftermath. By taking flak over the abuse issue, the bishops and religious orders divert attention away from the Church's performance during this period, a period of course in which we still find ourselves as in "post-conciliar".

The revolution is so precious to these men that what's a few abused kids, a couple of billion dollars worth of compensation and the odd tough interview on the tv and radio when compared with new order now established?

On this last point, I sometimes wonder if the state of modern Catholic orders is as difficult to unravel as those of the Anglican communion addressed by Leo XIII in Apostolicae Curae.

I can't wait for the SSPX to be fully regularised and thus return to the Catholic faith before my death.