Pro-Pope Letter to the Guardian 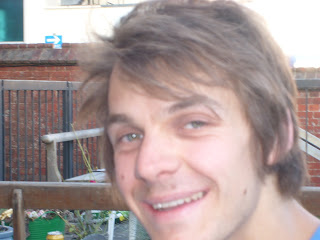 In response to Stephen Fry's letter to the Guardian, Laurence England wants signatures for a letter from us to the Guardian. Other bloggers please take this up:

We, the undersigned welcome the His Holiness, Pope Benedict XVI to the UK as both Head of Vatican City and as leader of the World's one billion Catholics and to the Catholic community of the United Kingdom. We believe that his presence in our country comes at an urgent and pressing time, highlighting the trends in our country that serve only to denigrate human rights and human dignity. We support him wholeheartedly because in guarding the Deposit of Faith he:

Opposes the destruction of human life in the womb and values human life from conception to natural death.

Opposes the trend towards refashioning the institution of Marriage, thereby denigrating its inherent stability, rooted in the natural order, as being between one man and one woman.

Opposes the trend in the UK towards testing on human embryoes, experimenting upon them and stripping the unborn of dignity, under a hitherto illusory and deceitful justification that this form of experimentation will yield medical benefits for mankind.

Has worked tirelessly to change the culture of the Catholic Church to take very seriously allegations or incidences of child abuse. He has, in his Church career, made the scourge of child abuse an issue which should be brought to the attention of the Congregation for the Doctrine of the Faith, to be investigated and acted upon effectively, setting up child protection procedures and policies which now make the Catholic Church the safest place for a child to be. He has offered his time, his prayers and has met personally victims of child abuse and has made statements of the Church's penitence regarding crimes committed by clergy against the child, promoted reconciliation and healing of the victims.

Promotes a vision of humanity which advocates a culture of life, stability, marriage, lifelong fidelity and love in which children are welcomed, rather than destroyed, in which human beings are open to new life, rather than treating the possibility of new life with contempt.

Upholds the innate, God-given dignity of all human beings regardless of their sexual orientation and upholds the rights and dignity of society's most vulnerable, the poor, the starving, the outcasts, the mentally ill and distressed, the disabled, elderly and sick and those who are so often disregarded by the rest of society. We thank him for encouraging the Faithful regularly to serve those who are on the margins of society and in whom Christ is served.

Sadly the letter has been closed and posted so I was too late to add my name. I would certainly have done so if I could have.

Apart from the ante-penultimate paragraph one could replace the substitute the words "Dalai Lama" for "Benedict XVI" in this letter.

I hope the Pope is going to speak about Our Lord Jesus Christ and Commandments he has given us to follow. Less talk of Human Rights and more talk about the duty of the Creature towards Christ Jesus his Creator.

Then we need to hear an outspoken message about the need to ask Our Blessed Mother to intercede for us to the Father.

Sorry Bones but your letter misses the mark.