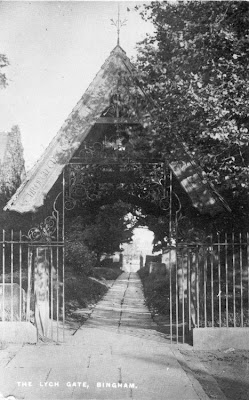 Fr Sean talks about the unhappiness of some Anglican clergy who become Catholics.

There is the story of someone who saw an old man, who he took to be Cardinal Newman weeping over a country churchyard lychgate, he interpreted it as the Blessed John Henry weeping for regret at what he had lost on leave the Cof E.
Anglican's had always rather enjoyed disseminating these stories from his conversion onwards, Cardinal Bourne's father was concerned about the gossip and wrote to Newman asking if it were true.

In reply Newman wrote the following:


I return an immediate, though necessarily hasty, answer to your inquiry, which made me more than smile.

It is wonderful that people can satisfy themselves with rumours which the slightest examination, or even attention, would disprove; but I have had experience of it long before I was a Catholic. At present the very persons, who saw through and reprobated the Evangelical misrepresentations concerning me, when I was in the Church of England, believe of me things quite as extravagant and as unfounded. their experience of past years has taught them nothing.

I can only say, if it is necessary to say it, that from the moment I became a Catholic, I never have had, through God's grace, a single doubt or misgiving on my mind that I did wrong in becoming one. I have not had any feeling whatever but one of joy and gratitude that God called me out of an insecure state into one which is sure and safe, out of the war of tongues into a realm of peace and assurance. I shrink to contemplate the guilt I should have incurred, and the account which at the last day would have laid against me, had I not become a Catholic, and it grieves me to the heart to think that so many excellent persons should still be kept in bondage in the Church of England, and should, among the many good points they have, want the great grace of faith, to trust God and follow his leadings.

This is my state of mind, and I would it could be brought home to all and every one, who, in default of real arguments for remaining Anglicans, amuse themselves with dreams and fancies.

If it were Newman, and if he were weeping, could the tears have been shed for those who had not followed him and remained in the CofE?
at September 22, 2010

I recently put up an old pamphlet on Newman some may find interesting:

Shane's website showing the old CTS pamphlets brought back so many memories. Many were familiar to me as I had read as many as I could long before I eventually plucked up the courage to knock on a presbytery door in 1963.

I seem to have only kept one which I re read only the other day entitled 'A Convert in a Changing Church' by Peter J. Elliott (price 6d. and dated 1969). I am so glad I kept this one as it contains many words of wisdom which are of course still relevant today.

It was good to read that letter from Cardinal Newman and to be able to echo him about 'never having had a single doubt or misgiving that I did wrong in becoming one.' May God bless all who helped me on my path to discover the Faith.

I believe it was the Anglican church at Littlemore, in the countryside near Oxford. The Blessed Newman's mother, who died long before his conversion, is buried in the churchyard there . So basically they were misreading his personal grief for the mother whom he loved as some sort of regret for his conversion.

So that's a no then - in the most classic and eloquent English prose of course. And they say the Irish have have the gift of the GAB!

Thanks for the correction Narwen, but I think the main point stands.The situation is however much more nuanced as although he resumed contact with the old friends whom he had left and most of his close friends were converts like himself, his major detractors well after the Apologia were , in their attampts to be more catholic than the Pope, also converts. He came to have very friendly relations with the old catholic families who were not too happy with Manning and Ward.

It would seem that he exchanged one human predicament for another. Ecclesiastical politics are inter-confessional.

>It would seem that he exchanged >one human predicament for >another. Ecclesiastical politics >are inter-confessional.