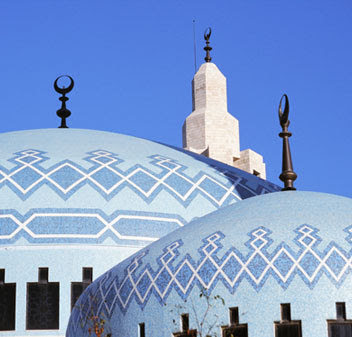 One can only really understand the Spanish Inquisition as a continuation of Spain's Islamic heritage, I know that it was a branch of the State and that criminals in the civil prisons did their best to get into the Inquisitions prisons, I know that torture was rarely used and a lot in the popular mind stems from the propaganda of Foxe's Book of Martyrs but it was still pretty horrible but it lives on, not in the Christian west but wherever the crescent moon rises. Liberal writers seem happy to regret past injustices of the west, without understanding where they had come from, and without trying to see where they still exist.
Asia News has an interesting article on the consequences of conversion, in Islamic states, it is reminiscent of post Re-Conquest Spain.
The use of identity cards of course is an issue that Moslems together with Catholics have been struggling against in Orthodox Greece recently.
I hadn't realised that "...[a]t least 7 Islamic countries apply the death penalty to those who convert from Islam: Sudan, Iran, Saudi Arabia, Nigeria, Pakistan, Mauritania. But in other states, like Egypt, converts are condemned to prison, not as apostates but for contempt of Islam, ...]
at August 29, 2007

(Actually, in most countries it depends on if you're male or female. Males are executed, females are imprisoned for life. I'd prefer execution, but hey, that's just me.)

Oftentimes, as a penalty for non-conversion, they will just gun you down as you leave Mass, like they did to Father Ragheed Ganni and his deacons, but let's keep talking about the mean old Crusaders, World.

I listened to a woman on Catholic radio recently saying how she and her husband (both American) went to live in Saudi because he had business there. They were not allowed to have a Bible and although as Americans they could attend Mass on a military base that was it.
She met pakistani women who were Christian but for the sake of their own lives pretended to be Muslim.
In the short time she and her husband were there they had their own Bible ripped up and trampled on before their eyes and some of those lovely Christian girls disappeared in odd circumstances.

I know two priests in Indonesia who have had to run for their lives and hide in the hills when Muslims came to burn down their churches and kill them...
peacefully of course.

I also know from closer quarters what Islam does, especially to women.
We need to pray for our Muslim friends and neighbours.

Everything about Islam is concerned with countering Christianity in some shape of form. It is not one of the world's "Great Religions", but the religion of the false prophet. We should be evangelizing, not recognizing.

I must admit that I’m completely torn about Islam.

Is it some kind of divinely-sanctioned half-way house, a partial apprehension of the truth which spreads monotheism, holds back decadence and will pave the way for eventual Christianization? Or is it a diabolically inspired attempt to subvert Christianity, expel it from its Middle Eastern homelands and discredit religion in general through its association with irrationality and violence?

Pope John Paul – whose pontificate was mainly pre-9/11 – seemed to veer towards the former view. His experience of godless tyrannies – Nazi and communist – made him think in terms of a world divided between the religious and the irreligious. Muslims believed in God – and for him that made them closer to Christians than atheistic Westerners. “My enemy’s enemy is my friend” could have been Pope John Paul’s motto.

Pope Benedict appears to espouse the second view of Islam. To my mind, he regards Western secularists as lapsed Christians, people who need to rediscover their Christian roots, as they have been shaped intellectually in a Judeo-Christian environment. In this view of the world, Muslims are the outsiders, not the allies.

What do I think? Well, I am fully aware of the dreadful persecution of Christians in Islamic countries which stands in stark contrast to the bending-over-backwards to appease Muslim sentiment in the West.

But I also note that here in secular Canada, with its obsession with relativism and “diversity,” the only two people who wished me “Happy Christmas” at work last year (and not the infuriating and ubiquitous “Happy Holidays”) were both practising Muslims. They were the only two who seemed genuinely to appreciate the spiritual nature of Christmas.

Which is why I’m still torn.

I would appreciate some help please:
http://onthesideoftheangels.blogspot.com/2007/08/to-allany-help-will-be-gratefully.html

Tear me to shreds if necessary; my intentions are sincere but I'm only emphasising the detrimental aspects of the issue. I desperately need the voices and intellects of others to assist and clarify the root causes and the remedies.