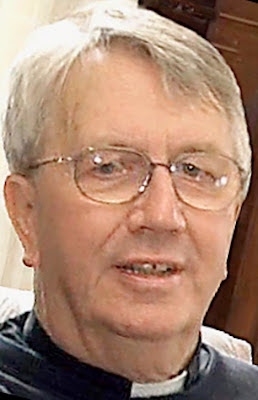 From the Daily Mail
A Roman Catholic bishop will be forced to explain himself to MPs today over fears that he is imposing religious "fundamentalism" on children. Patrick O'Donoghue, the Bishop of Lancaster, will be questioned over his ban on what he calls "values-free" sex education in Catholic schools in his diocese and his order to put up crucifixes in every classroom. Parents send children to Catholic Schools because they want Catholic values and the Catholic faith.
His summons to appear before the House of Commons select committee on children, schools and families follows a 66-page document he produced last year which angered some MPs because of its strict line on sexual morality.
In the document, called Fit for Mission?, Bishop O'Donoghue wrote: "The secular view on sex outside marriage, artificial contraception, sexually transmitted disease, including HIV and Aids, and abortion, may not be presented as neutral information." Sounds like intimidation to me.

He said "so-called" safe sex was based on the "deluded theory that the condom can provide adequate protection against Aids".
And he added: "Schools and colleges must not supuseful-port(support?) charities or groups that promote or fund anti-life policies, such as Red Nose Day and Amnesty International, which now advocates abortion."
Although sex education is mandatory in all secondary schools, Bishop O'Donoghue insisted that in every lesson - even science classes - it must be taught solely in the context of "the sacrament of marriage".
The bishop has been criticised by Barry Sheerman, the chairman of the schools select committee.
"A lot of taxpayers' money is going into church schools and I think we should tease out what is happening here," said Mr Sheerman, the Labour MP for Huddersfield. Catholics are taxpayers too!
"A group of bishops appear to be taking a much firmer line and I think it would be to call representatives in front of the committee to find out what is going on. It is the group that don't take a "firmer line" that worry me, they are playing into the secularists hands.
"It seems to me that faith education works all right as long as people are not that serious about their faith. This is the crux of the matter!!!
"But as soon as there is a more doctrinaire attitude questions have to be asked. Catholicism is about doctrine, teaching the faith, is the whole point of a Catholic school.
"It does become worrying when you get a new push from more fundamentalist bishops. Fundamentalist! deliberately pejorative! To me he is just being a Catholic, I am surprised more bishops aren't publicly supporting him! This is taxpayers' money after all." Is he trying to saying Catholic taxpayers aren't worthy of being taken seriously!
The bishop said yesterday that his document had been in response to pressure from parents.
"Many parents go to great lengths to bring up their children properly and they feel that schools are not cooperating with them as well as they should," he added.
He said Whitehall's sex education policies had failed and 30 years of "throwing condoms at children" had simply resulted in increasing levels of teenage pregnancy and sexually transmitted diseases.
Bishop O'Donoghue added: "But they (the MPs) see me as a fundamentalist and that is a pejorative word these days with connotations of terrorism, violence and irrationality. I will say I reject these connotations."
As part of their inquiry, the MPs will consider whether faith schools should be publicly funded and whether they should continue to control their own pupil admissions. Someone in our own diocesan finance office, said that if the government really wanted to pressurise us, ultimately we could threaten to withdraw from education and take our buildings which are owned by us with us.
at March 12, 2008

What a disgrace that any group of MPs would have the nerve to question a Catholic Bishop for teaching Catholicism.
JARay

Should we cover up the crucifixes in our homes in case it offends certain visitors?

I hate the term faith schools it is so vague,we have Roman Catholic Voluntary Aided Schools.Well done to Bishop O Donoghue. ffn

When the state did nothing about the education of children in England the various religious bodies stepped in. Has this ignorant MP never heard of the National Society for the Education of the children of the Poor in the Principles of the C of E, or of the equivalent Catholic effort?
He should remember that schools of a religious nature are not state schools with religion added but religious schools with a state subsidy. The state has no right to impose a particular morality on them, in this case a fundamentalist sexual morality.We live in a pluralist not a secular society.Freedom of religion includes the right of parents and churches to teach their children. I hope the bishop tells the committee to go to hell, and orders the schools in his diocese to say the Our Father and the Hail Mary before every lesson.

If any children are offended by a crucifix what are they doing in a Catholic School? Why are their parents sending them there?

They are also attacking the independent school network. Looks like nanny state wants to gain control of all children's minds in the UK for some reason.

What I do not understand is this:-
The government's sex education policy is a proven failure. It causes STDs, illness, sterility and drives abortion. Despite knowing this the government insists on pursuing this course and rounds against anyone who proposes a more effective approach. This is very strange. There comes a point where a question needs to be asked of this government. Namely, is their policy purposeful? Do they desire the poor outcome that their policy delivers? I see no other logical conclusion. When you know a policy is a failure and you refuse to change that policy to one that is known to be successful then a horrible reality rears its ugly head - Is the UK government set on a willful course of aborting and sterilizing it's own population?

The government claims to allow freedom of religion. It should therefore be indifferent to religious education. We have a a member of the educational select committee, Barry Sheerman who is clearly, by his own admission, anti-religious. "It seems to me that faith education works all right as long as people are not that serious about their faith." So speaks the god-man himself, the arbitrator of all that is truth. Are we expected to take this little religious bigot seriously? Should he not be removed from the select committee on the grounds of his religious bigotry alone?

This is all very strange.

Hi Fr Ray - Mulier Fortis blog alerted me to this yesterday evening. I wrote a comment on her blog as follows (see below) and as a Catholic, a Catholic with six children and a Catholic who is also a Foundation Governor at our local Catholic Secondary School I simply cannot overemphasize just how important the good Bishop's document 'Fit for Mission' is. In my mind it's a visionary document as to how our schools SHOULD be. The sooner every Catholic school adopts it as it's Mission the sooner we may begin to help keep our kids and many of their families closer to Jesus. Otherwise what is a Catholic school for???

My comment on Mulier Fortis blog went as follows:

'My wife and I will offer our prayers during Holy Mass on Wednesday morning and ask for St Michael the Archangel's intercession for our good Bishop.

How dare this government interfere in matters it patently knows nothing about! I trust that they have found Bishop O'Donoghue's document so oustandingly refreshing that they are calling this meeting to learn from him. Yep - that was a pig that just flew overhead!

Bishop O'Donoghue should know that there will be many praying for him tomorrow. Let's remember that he will have the Head Teacher Himself beside him all day - nothing to fear, and indeed nothing to defend!

It's the government with their failed cranky educational policies and social experiments that have consistantly failed our children again and again over the years. It is they who should be on the defensive and the Bishop should go in with 'both barrells blazing'. I hope this ass-headed commons select whatnot committee for education shower get a good pasting tomorrow.

God Bless you Bishop O'Donoghue and let's get every headteacher of Catholic Schools in this country a copy of 'Fit for Mission' it is an absolutely brilliant document which should be the guiding light of every school.'

I really hope that Bishop O'Donoghue gets the opportunity to write up a summary of his experience with this education committee and post it to every diocese in the country with his recommendations - I for one will write in to the Diocese of Lancaster for several copies. As a School Governor I would see this as a vitally important follow up to 'Fit for Mission'. Maybe, just maybe we are all wrong on this and HM Schools Committee mmight have invited the good Bishop along to help them see where their education policies have gone so so wrong! Damn - there's that flying pig again!!! The alternative is too painful to think about - but better tighten your helmet straps (Old Samurai saying just before battle)

Where can I get a copy of the Bishops "Fit for Mission" document? And also does anyone know an address I can write to the Bishop to offer him my appreciation and best wishes?

He has the National Secular Society worried!

Volpius leonius - here's the link to the pdf version of the document 'Fit for Mission'
http://www.lancasterrcdiocese.org.uk/mission%20review/school-report.pdf

For correspondence any link to the Diocese of Lancaster will get you through. God Bless.

Yes, good for Bishop O'Donoghue! All bishops in the UK (and everywhere else...) should be of like mind.

Here in the US, Catholic schools are not funded by the state. While our taxes go to maintain state schools (which are free) we have to pay tuition to send our kids to Catholic schools. So we pay twice - and our tax money does not help our own schools. The only concession from the state is that they are tax-exempt. It is a burden to Catholic parents, but one which we feel is important to keep our schools Catholic and independent, avoiding interference by the state.

In recent years some cities have introduced a "Voucher System" where the local government gives parents a sum of money which they can use to send their kids to any parochial school. This has helped some Catholic schools stay afloat but has been - and still is - virulently opposed by many secularists who see it as the government 'subsidizing religion'.