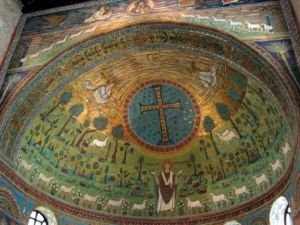 We had a rather tedious school governors meeting last night, it rung hung around the question of what a practicing Catholic actually is. Priests are asked by our schools to sign a form to say that they support an application for a child to attend a Catholic school. In the centre of the city, where there are less than 50% of baptised children in our school, I will sign anything, and because our school is good it is not unusual to find parents beginning to practice.

Other priests in the leafier parts of the city, where schools are over suscribed by Catholics, insist on Sunday and Holy Day practice and refuse to sign any form from someone who does less than that.
I'll be interestested in your comments on what is practicing Catholic. Often here where people are employed in the retail and catering industries and are quite poor, they are forced to work in order to keep their families. Two or three people tell me they come to Mass two or three times during the week but can't get to Mass on Sunday.
at March 26, 2008

A practicing Catholic is someone who as a minimum holds the Catholic Faith in its entirety as taught by the Church and fulfils their Catholic duty set down in the precepts of the Church.

1. You shall attend Mass on Sundays and holy days of obligation.

2. You shall confess your sins at least once a year.

3. ou shall humbly receive your Creator in Holy Communion at least during the Easter season.

4. You shall keep holy the holy days of obligation.

5. You shall observe the prescribed days of fasting and abstinence.

6. You shall provide for the material needs of the Church, each according to his abilities.

Dear Father, I would consider a "practicing Catholic" to be one who tries his/her utmost to keep the precepts of the Church and believes in the Creed and does his level best to follow the golden rule.

On a practical matter re: those who are required to work Sundays -- is it possible within deaneries of nearby churches where this problem exists to have perhaps a Sat evening Mass at an odd time?

For instance, in New York city, in the theatre district there is a church which has Mass VERY late past 11 p.m. Sat. night to accommodate those practicing Catholics who work in the theatre.
Then you have the issue of advertising it. I expect this sort of thing also happens frequently enough for those who work in hospitals, firemen, policemen, etc.

With regard to people been unable to attend Mass I would ask them to enquire with their employer the possibility of working an extra day during the week and having Sunday of on religious grounds, it has worked for me in the past.

Also perhaps suggest they could attend a Sunday evening Mass or the saturday Vigil. St Mary's was a Saturday vigil at 7pm I believe and there is a 6:30pm evening Mass at St. Georges. Tehn there is an early morning Mass at St. Peters at 8:30 and St. Marys has a mass at 12:00 which they could possibly get to during there dinner break. Surely no one works more than 8 hours on a Sunday, in which case they could get to Mass.

What do YOU think a practising Catholic is, Fr. ? We all have choices.

I like it when priests ask my opinion! I'm so grateful that I shall give you two answers:

1. "Practising" shouldn't matter when it comes to deciding school admissions. Baptism is what should matter. So carry on signing.

2. Clearly it is necessary for a catholic in good standing to assist at mass on every Sunday and holy day of obligation unless they have a serious reason that prevents them. Those who do so only intermittently have a funny idea of what "practising" means. Many of the parents at my younger son's school fall into this category (or so I'm told). But, as I say above, their children shouldn't be penalised for it.

PS Your tedious meeting reminds me of my tedious "lone worker" health and safety training today. How on earth do they make something so straightforward so complicated and long-winded? "Documentation inflation" I call it.

PPS "and because our school is good it is not unusual to find parents beginning to practice" - so carry on signing!

I came across a guy on youtube expressing views on behalf of "excatholicsforchrist.com" and his comments are predictable.

If I place a critique of the Church to one side (in other words avoid a debate on the rights and wrongs of what he is saying) but simply examine the contents, the effect is interesting.

The actual detail is no different from what I have heard from the lips of practicing Catholics over coffee after Mass in my local Cathedral. I have heard similar opinions expressed at Jean Vanier's L'Arche, SVP meetings, at Focolare movement events, University chaplancies (of course!), from priests, seminary rectors and seminarians. In fact it is rare to find Catholics who do not hold views similar to those expressed by this member of "excatholicsforchrist". I even participated in a lamentable novena to Our Lady of Perpetual Succour recently and it was clear to me that the Redemptorist Father leading the novena had sympathies in this direction also.

Who is a practicing Catholic nowadays? Our friend from "excatholics" isn't and is honest to enough to own up to the fact.

The problem is it can work both ways , if you let children in from non practicing families or even worse non Catholic families they can have a negative influence on the rest of the children.

To give an example from my own school days, one of the other students (this was secondary school) decided to bring in his dad's pornographic magazine to share with the rest of us, this was not exactly the kind of education my parents had in mind when they sent me to a Catholic school.

But even more damaging in my opinion is the employment of teachers who do not respect the Catholic ethos of the school, there were several of these in my school, and there are several in the Catholic school my sister teaches at.

I've had personal experience of this. When my oldest dd was 4 we tried to get her into the same Primary school her older brothers were in. By this time I had been attending the church attached to the school for nearly 9 years, Sundays and weekdays. However my dh was NOT Catholic and so on alternate Sundays we had been going to his church. I was the only Catholic in the family and trying against pretty strong odds to teach my kids the tiny bits of the Faith I knew back then.
I was told I was not Catholic enough by the head of the school.
My PP over-rode her.
Strictly speaking she was right-but she was incredibly rude when she so judged me.
She was up against it because I had sought permission from one the priests of our parish to miss Mass alternate Sundays to go to church with my dh and had received it. His own sisters were doing the same thing he told me.

A practicing Catholic is one who practices the Faith in its entirety; no pic'n'mix-BUT they need to know what the fullness is.

WhiteStoneNameSeeker ~ you pose a pastoral difficulty for both PP and HM. Not sure what the answer is. I am baffled as to how a PP can grant you "permission" to attend a non-Catholic service on alternate Sundays. A PP doesn't possess this stype of authority no more than the Pope does. It was your decision not to attend non-catholic services not the Parish priest's.

Sunday Mass attendance does seem to be an indicator, though we can all be tempted to think of reasons for not going to Sunday Mass. One of the best I heard was that it was fundamentalist to attend every Sunday- once a month or so, was about right! Seriously though, it is a difficult area in which to make a judgement, not least because of the poor quality of catechesis that many parents will have received either in school, or at home, which leaves them with an inadequate formation in faith and disadvantages them in the task of bringing up their own children in the faith.I tend to agree that baptised children should have some priority, as Catholic schools were built for Catholic children.The ability of children to practise their faith depends almost totally on their parents, who themselves might need some help.

I don't know about the Parish Priest put the Pope definitely does have that authority, it is only Catholic teaching on Faith and Morals that cannot ever be changed, the precepts of the Church including attending Mass on Sunday are only disciplines of the Church and can definitely be changed by the Pope, whether it owuld be wise to do so is a seperate matter.

Just to make my point the Pope even has the authority to stop all Masses throughput the whole world from been said, this has been done by previous Popes on a national level, it is known as a Papal Interdict.

You go by catholic morals and ethics, you confess your sins, you try your best to do good and you go to church on sundays and holy days.