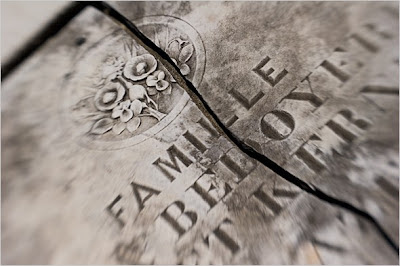 I found this article thanks to The White Stone Name Seeker, it is by Graeme Paton and James Kirkup. I really do believe that the breakdown in the family, which almost seems to be part of Government policy, is the greatest social evil in modern Britain. This is the greatest of modern social sins. I think it stems from a religionless anthropology that see the human person in terms of a means of industrial production rather in terms of relationships.
The Catholic Church sees human beings in terms of what he/she is relationship to others: father, mother, son, daughter, brother, sister or at least as neighbour. Contrast this with what we continually hear ourselves described as: consumer, customer, client, worker, earner.

The demise of the traditional family is breeding a generation of children who are increasingly relying on teachers to become surrogate parents, a prominent education leader warned yesterday.
'Parents have little choice in selecting schools'
Poorer students 'earn top degrees'
Your View: How can we save the traditional British family?
Thousands of children lacked basic social skills, said John Dunford, the general secretary of the Association of School and College Leaders.
Many pupils were unable to hold simple conversations, use a knife and fork or sit at the table, he added. Others suffered serious behavioural problems because of the lack of a stable home life.
For too many young people, school was the "only solid bedrock in their lives" where they experienced clear moral boundaries.
Mr Dunford's comments came as new figures showed the full extent of the breakdown of traditional family structures since Labour came to power.
Since 1997 the number of single parents in Britain has increased by 250,000 to nearly two million people, many of whom are jobless.
Speaking at the association's annual conference in Brighton yesterday, Mr Dunford said too many schools were being expected to patch up social problems rather than focus on educational issues.
"It's perhaps a sad indictment on the present age that we accept the need to help parents to play their part - to rediscover what being a parent means," he said.
Mr Dunford said schools "can't and shouldn't replace the role of parents".
He said: "For some children schools have had to take the place of the institutions that used to set the boundaries of acceptable behaviour - that was fundamentally the family and the church.
"In relation to the family, one of the most important factors has been the loss of the family meal, which has reduced family conversation so that schools have more to do in teaching children to communicate.
"In terms of good manners and appropriate behaviour, primary schools have to teach children how to use a knife and fork and sit at a table."
His comments follow an announcement by ministers that schools should target parents who fail to show interest in their children's education.
'Education system not in interest of children'
Children to swear allegiance to the Queen
As part of the Government's 10-year Children's Plan, it was announced that parents would get regular emails and phone calls updating them on pupils' attendance, behaviour and academic record.
According to the figures compiled by the Office for National Statistics, there were 1,848,000 lone parents in Britain last year compared with 1,598,000 in 1997.
Most lone parents are women. There were 1,692,000 single mothers last year, up from 1,452,000 a decade earlier. The number of single men raising children has increased from 146,000 to 156,000.
The figures suggest that marriage breakdown has increased in southern England while remaining stable in the north.
Some analysts have linked rising numbers of lone parents to the benefits system.
Research carried out for the charity Care last week suggested that under current benefits rules, three out of four families would be better off living apart.
That led to reports of some couples telling the authorities they had split up but actually staying together.
Chris Grayling, the Conservative welfare spokesman, said: " We live in a society blighted by family breakdown, but the benefits system has created financial incentives to encourage the process."
Mr Dunford said the erosion of family life had combined with the cult of celebrity to make the job of schools more difficult than ever.
"The cult of celebrity is promoted in a base and distasteful way, and social advancement is presented as something best gained through the purchase of a lottery ticket rather than hard work," he said.
"The way in which the cult of celebrity is presented in the media makes it appear to young people that success can come easily. Schools are based on the connection between hard work, passing your exams and getting a good job."
A spokesman for the Department for Children, Schools and Families said: " We don't want to turn teachers into social workers or housing officers. We want teachers to be able to focus on teaching.
"But all too often we're told by schools that they find it hard to get the kind of specialised help their pupils need."

Not only are they expected to be surrogate parents but also surrogate clergy teaching a morality not that of Christianity. The state has taken upon itself not only to say what is legal and illegal but also what is right and wrong , sinful and meritorious.

Too many parents see school as free child-sitting and leave the teacher to actually be the parents.
And as Rita has pointed out in the comments of my blog too many children are essentially homeless. One of my oldest son's friends was in this unenviable postion shoved from parent to parent to grandparent depending on who could 'put up with' him. He was a lovely lad, but very, very unhappy.