...and You will Live Long in the Land 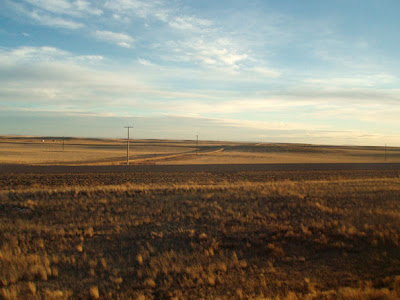 THE PRODIGAL SON
The commandment, "Honour your father and mother", has the prophecy or promise attached to it, "...and you will live long in the Land".
Why? What has being nice to mum and dad got to do with permanence, or long life and the in the land?
The parable of the Prodigal Son illustrates what happens when a son does not honour his father, he takes the money that will come to him when his father will die, indeed he wishes he was dead, and goes to a distant land. Separated from father, land, values, traditions and religion, this boy, this Jewish boy, ends up living with pigs. For Jesus' audience this was shocking and horrific, as low as you could get.

The commandment, is more than just about the direct relationship with one parents, it is about accepting those things they hand on from previous generations. "To hand on" = tradere, from which we get the word "tradition". Without "tradition" we loose our moral compass, and become lost, we become strangers living in a foreign land. The younger son clearly ends up by being estranged from everything that previously belonged to him, even his dignity and identity. The 4th commandment actually confirms our dignity because it is concerned about relationships, primarily with our parents but through them with everyone and everything else.
So many of the young men and women I get asked to pray for have become "lost" because they have given up the values of their parents, they do indeed end up rejecting the land of the parents and live like aliens in a foreign land.
The values we invent for ourselves are so often like the self invented wheel, they are never quite as rounded or have their axles so centred as the wheel perfected over the generations. Presumably this is what the some does in his foreign country.
A Church that invents itself, that has given up the hermeneutic of continuity, that has cut itself from its roots, has little to offer the world or its members, not only does it loose its theological compass, it looses its moral compass, and speaks without authority. Like parent who has cut him or herself off from its parents it has nothing to offer its children and they live with a nostalgia that cannot be satisfied.
Posted by Fr Ray Blake

What puzzles me is that the younger son who makes such a mess of his life still seems to grasp more than the faithful elder, that he is loved, why else would he risk returning?it is a real mystery how is it that God the Father so loves us ?

"Anonymous",
I don't allow "Anonymous" comments but,
the younger son wants to come back as a servant, or a slave, but is rewarded with a ring, sandals, a coat,even the fatted calf.
The other son breaks the 4th commandment in a less spectacular way.

This is one of the harder commandments for me, and I think it is in part because I don't recognize the benefits/reasons for it you've mentioned. I'm a convert, and I don't feel I've really gotten much handed on from my parents. They never took me to any church as a child, and we don't have any cultural identity. I feel rather like a white, American mutt. My mom quite clearly believes in subjectiviy/relativism. How can I get better at obeying this commandment? Is there more than prayer that I can be doing?

Carl,
Sometimes, particularly with parents who have been abusive, or to whom we have become estranged, we simply do our best. Often we have to accept "our best" is far from perfect.

jmjt
Dear Fr., in Love:
I enjoyed and felt confirmed on reading your letter about family and tradition...s great need partially fulfulled...thank you and God bless you, in Him, June

I would like to that you for the insight which you have given me in this posting.

Carl, the way I think about this commandment is that it doesn't speak about the parents duties/values/traditions but yours. It's not about them it's about you. They could be whacked out train wrecks but your duty is to honour them regardless, Why? because they cooperated with God to give you something very precious in and of itself - life. As regards whether one ought to stick to their traditions and values, well only in so far as these traditions and values are true and good I would say.

Thank you, Father, and Ma, for your replies. God bless you both.