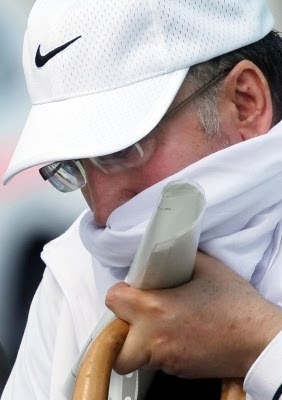 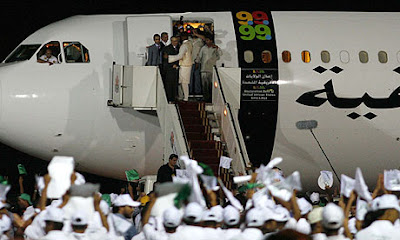 Well the Scotts wanted independance so they must take the good with the bad when it comes to making decisions.

The way the media is talking they are no longer a part of the uk anyway!!!

Close friends of mine in the USA lost their 14-year-old babysitter in the Lockerbie disaster. I met the girl’s parents a couple of years later and could see that the murder of their daughter had, in a sense, defined and destroyed their lives.

I watched Scottish Justice Secretary Kenny MacAskill last night on TV. He made it absolutely clear that he stood by the decision of the Scottish courts. He also emphasised the values of the Scottish people. He didn’t spell it out but he clearly meant their Christian values. Mr MacAskill is responsible for making a decision according to the options available to him under Scottish law. He didn’t pardon Mr Megrahi. He didn’t declare him innocent. He didn’t forgive him. He let him go home to die on grounds of compassion and took full responsibility for his decision.

Justice isn’t a matter of revenge. We don’t allow victims or their families to try those charged with crimes against them.

Mr MacAskill’s decision has a nobility and a humanity to it that is in harmony with the values of the Gospel, in stark contrast to the behaviour of the Libyan authorities whose triumphal welcome for Mr Megrahi was inexcusable as was the misuse of the Saltire by those at the airport.

On the other hand, isn’t there a certain irony, of which the flag-wavers were probably unaware, in the supreme symbol of Christianity being waved by Muslims for a fellow-Muslim who had experienced Christian compassion!

Oil is the underlying cause of and the prize to be won from most world conflicts. If there were oil in Rwanda, Darfur or Cyprus I am sure we would have seen a totally different reaction to those conflicts from the US and its allies.

I am totally suspicious of the whole Megrahi business. If Megrahi was involved he was a very minor cog in the machine. Initially the US blamed the Syrian-Palestinian group PFLP-GC backed by Iran. Then along came the Iraqi invasion of Kuwait and a desire to get Syria on side for Desert Storm. Suddenly we find that it's Libya who were behind it. Eventually Gadafy, desirous of western investment, and the west, desirous of Libyan oil, brokered a deal. In my opinion, Megrahi was a patsy.

I have it on very good authority that a senior Scottish cleric (no names, no pack drill) visited Megrahi in prison on a number of occasions and is absolutely convinced of his innocence.

Most of the relatives of the British victims of the Lockerbie atrocity, including their spokesman Dr Jim Swire, are sceptical of Megrahi's guilt. Unfortunately, with his appeal abandoned, we may never get any nearer to knowing the truth and, I believe, the US and British governments are content with that.

The Catechism of Trent is clear on those who deprive others to the right to life.

As the Scottish Justice Minister pointed out, Mr Megrahi will soon by judged by a higher authority. Sending him home was an act of compassion, a characteristic which sets us apart from terrorists; it is something which, as Fr Sean says, demonstrates Gospel values.

As for the Catechism of Trent, thinking on punishment was different in those days: both Catholics and Protestants burned one another at the stake and children were hanged for stealing bread. It was even considered acceptable for a father to sell any unruly offspring. No longer, thank the good Lord.

Quoting from John Paul II's encyclical Evangelium vitae, today's Catechism is quite clear that the conditions which merit capital punishment "are very rare, if not practically non-existent" (2267) One does not respect the sanctity of human life by taking it, even from one such as Mr Megrahi, who is (allegedly) guilty of mass murder.

Alban is being far too emotive and is blurring the church's traditional teaching on justice. Quoting from various exaggerated incidents is just dishonest.

While John Paul II had every right to express his opinion on the death penalty, the fact is that he cannot change the church's timely teaching on capital punishment. Granted that it can be abused, it is still not an excuse to simply say that it cannot be used in these times. The church has always allowed legitimate authority (Rom 13: 1-4) to deprive those agressors of life, who do not respect the right to life themselves.

As much as this is going to sound unpopular: it has to be said that the problem with JP II's Evangelium Vitae (and also Humanae Vitae to a certain extent) is that it contained the personalism of the popes who worte them. This is even admitted by the die-hard supporters of their papacy such as George Weigel.

Father Coyle has expressed it very properly.A bit different from some I tried to converse with after Mass this morning.

In this country people seem to take in all the garbage printed in the papers which as we know destroy more lives than any terrorist could do even in their wildest dreams.

Let me guess that Nike will NOt be using it in their ads.

[A good friend of mine knew quite a few of the kids who died, she herself was in the UK that year studying theatre.]

This release of "Exhibit A" of why I believe in the death penalty. Don't believe lying government b**stards when they say they will keep these people under lock and key. If the price is right, or political correctness prevails, these people skip out and justice is not served. some are arguing that the guy was wrongly convicted. Then if so he should have been set free with an apology. You can't be "sorta pregnant." Either the guy did it or he didn't. All I know was he was convicted, and there was no judicial review of his case before they released this guy. A miscarriage of justice.

BTW, is Ladbrooke[sp?] taking bets on when this guy will actual croak?

Alban
It is better to die on the scaffold when one knows when one has a fixed deadline to get right with Christ than in a terrorist attack where you might not be able to make a perfect act of contrition. (but I guess they don't teach that in many catechism classes these days)

These people don't understand compassion Megrahi ought to have been sentanced to Death, and his body sent back to lybia as a warning to those who engage in terrorist activity.

Are we allowed to mention the INCOMPETENTS of USS Vincennes who shot down an Iranian Airliner?

Nick, mention away. If you call hitting what you intend to hit "incompetent" go for it. When you send out a message to "identify yourself or get nailed" [the Vincennes had been under attack on the water at the time] if you don't say anything, that would be a reason you'd get nailed.

The US DID pay 61.8 million to the victims. They didn't deliberately target a civilian liner. But this these bastards did.

Now if you want to keep comparing apples to oranges -- you go right ahead. Why don't you burn a US flag while you're at it? It will keep you warm at night! Organize a protest at Gretna Green if it will get you off. Or is that passe?

This MacAskill guy is a loser. He probably did more for the cause of the death penalty than hundreds of editorials about what pantywaists the politically correct crowd are.

Have fun 35 years from now with the demographics of your country. What will be left of it.