Since the invention of fire 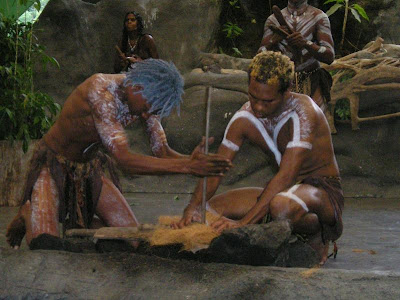 The greatest change that has effected mankind in the whole of its history, greater even than the discovery of fire, is the contraceptive pill. It has changed what we are, fundamentally. No longer is parenthood inevitable. Now men and women no longer see themselves in terms of a relationship that is at the service of their offspring and future generations. There is denial of one of the most significant aspects of being human, the beggetting and raising of children.

We are not prepared for this drastic change in our "evolution". I suspect that one of the most significant reasons for a lack of a sense of fulfillment that so many human beings have today comes from a childless anthropology. An anthropology that is essentially self centred not other centred. I suspect in part this accounts for the current rise in atheism, belief in God, or even god, is essentially a demonstration of a meaning beyond self to "another".

No longer is it obvious that a man or woman will be a parent and united for life in a loving relationship, for the upbringing of children. I suspect this is one of the reasons for a deep inner loneliness. There is an expectation now that relationships will be for the most part sterile, hence for most people there is little or no difference between a homosexual civil partnership and marriage, although one is of its nature sterile and the other should be fruitful with children.

This step in "evolution" has resulted in a change in how we educate our children, in our expectations of friendship, in how we view work, in how we regard gender and in fundamental attitudes to such abstract values as goodness and hope.

I wonder if it is against this background that we opught to regard Archbishop Nichols comments on the young people and the use of e-communications. It is certainly there in the recent words of Cardinal Pell:


Some young adults today are afraid of having children, uncertain of the benefits or uncertain of their capacity to cope as parents.
Many reasons are proposed for this, but underneath lies a lack of confidence in the goodness of life, a lack of hope. The baby boom after the Second World War, when fifty million people were killed, was an unexpected explosion of hope. I remember being in Cambodia not long after Pol Pot was defeated and there were youngsters everywhere.
The widening of educational opportunity for women as well as men is a blessing and most young women today hope for a career or at least useful employment as well as marriage and children. But this is always hard work and every woman has to give priority to one option or the other at different times.
Not much can be said to those (mercifully few) who don't want children for purely selfish reasons, such as cost or limits to their life style; except to ask them to think again.
But young adults have often suffered the effects of their parents' divorce, or seen such damage in their extended family and don't want to inflict this on their own children.
Sometimes they doubt their own capacity to be good parents, to cope with the lifelong demands of their children as they grow up. In most cases, the awareness of such a possible problem is evidence that they would be able to manage, even if special help and regular prayer were needed.

A good post, I think you are spot on when you say that the contraceptive pill has "changed what we are"

You are also right when you say that "There is an expectation now that relationships will be for the most part sterile, hence for most people there is little or no difference between a homosexual civil partnership and marriage, although one is of its nature sterile and the other should be fruitful with children."

What does the Archbishop do about it?

It's funny you should say this, Father, but I've recently been thinking along the same lines.

I suspect contraception is only part of the reason why people are afraid of having families. The others are divorce practically on demand, and the attenuation of the family wage so that only about 40 per cent of men earn one nowadays.

It is indeed a most wicked evil. Quite apart form the physiological damage it can inflict it fundamentally violates the complemetarity of male and female to such a degree that the natural rhythms of the human body are destroyed and rendered impotent. Then after years of being on the pill women wonder why they find it hard to conceive (if they come to that decision by the grace of God) and resorts to such invasive and expensive procedures as IVF. We have seen and are for ever reminded by the media the destruction wrought on the physical environment by disrupting or destroying its natural rhythms and interferring with its proper course- we are assailed on all sides by the green message. How much more urgent is the need to pay attention to the human life cycle. As the Holy Father has recently noted, respect for the environment is empty unless it flows from due respect to human beings.

Well, actually this thinking has been around since the invention of the condom in ancient Egypt the first mention was around 1000 B.C.

The invention of the pill put the great lie to women that "Sex has no consequences." Up until then the woman was (rightly!) worried about shacking up or having a one night stand with a man. Of course the lie is contraception begets if not children more insecurity about relationships (notice how many of these unmarried couples often talk of "having a relationship" and not "being in love?") Inevitably the contraception fails and there is more abortion. I remember seeing a prolife movie, featuring a woman who had been in charge of an abortion clinic. Finally she had a change of heart and mind for the better, and did a 180. she said that it's known in the "birth control industry" that over time using the same dosage of the pill becomes LESS effective. Do they tell the average woman this? No. Why? Because they have the vertical market of providing the woman with an abortion.

Stupid women are holding stupid men less accountable. Both are equally sinful but whereas good mothers (and fathers!) and society said "don't trust him unless he offers to put a ring on your finger and take responsibility" these fools are buying into it - at their peril. Unfortunately, since the dawn of timem, irresponsible men have too often told their sons "go out and bag as many women as you can, then settle down" being rather two faced while they told their daughters to remain chaste. They should have expect BOTH their boys and girls to remain chaste.

Being forced to live with somebody you once loved when young would be something like being in prison,and could even be worse like slavery.

Being forced to have children by someone you no longer love would be enough to make one think of another way out.

You wouldn't need the brains of Winston Churchill to know what that means.

Couldn't people's reluctance to have children possibly be due to the difficulty of getting a suitable home, a reliable livelihood and a decent education for those children?

Nickbris,
It is terrible but that is Christianity, marriage is for life, you just have change your heart if you can't change your spouse!

Another indication of how pernicious contraception is: when is the last time you heard an "ordinary parish priest" preach on the subject? Mention it at a catholic gathering, even of clergy, and you can divide the audience with a sword. As you said Fr, marriage is for life. Sadly many people (myself included) receive little or no proper marriage instruction, and will be ill-equipped to deal with the question of children responsibly if there are extenuating circumstances. I wonder how many of those married within the church take seriously their vow to be open to the gift (and indeed a most precious one it is) of children?
Happy Feast Day Father.

Nickbris: loving another person is an act of will--feelings and emotions that are usually present at the beginning of marriage, do not last, just as other feelings and emotions do not last, that's why decisions based on them are likely to be flawed. Being 'in love' is not equal to 'loving'. To love someone is to want and work for what is best for him/her, and to self-sacrifice for him/her.

My sisters were 17 and 15 years older than me, and I gained 6 neices and nephews, starting at age 6, ending at 15. I also had oodles of cousins of varying generations. I grew up babysitting, feeding and changing them, and was completely comfortable when my time came (although there is still the little thrill of fear and responsibility when left with the baby alone for the first time). My husband was one of 8 and equally happy.My parents were also from largeish families. I was amazed when friends were awkward and reluctant to have children (in some cases adament.) They came mainly from small families and did not have much experience. So - to sum up - small isolated nuclear families breed even smaller and less comfortable ones - and need help and encouragement from extended families and confident ones.