Lord Alton on the Human Fertilisation and Embryology Bill

from The Catholic Union 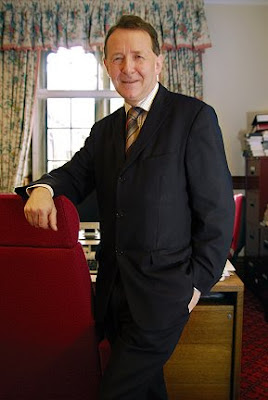 First, it is simply no longer necessary to authorise destructive experiments on human embryos or the creation of animal human hybrids. New scientific breakthroughs by Professor Shinya Yamanaka in Japan, and Professor James Thomson in America, have led to adult skin cells being converted into cells that resemble embryonic stem cells. This renders experiments on human embryos completely unnecessary.
More than two million British human embryos have been destroyed or experimented upon since 1990 – and the experiments have not led to a single cure anywhere in the world. The only justification in destroying yet more human embryos is a macabre curiosity – a curiosity funded by taxpayers' money, a curiosity which diverts public money away from life saving therapies and cures.
While we have been dabbling in embryo experimentation and cloning, around 80 cures – and 300 clinical trials - have been documented using adults stem cells. In Britain, this work has been starved of resources. For instance, 98% of cord blood, rich in stem cells and which has been used to treat 45 different blood disorders, is routinely destroyed (and only collected at four NHS hospitals in the entire UK), while in the US there is a national network of cord banks. 8000 life saving cord blood transplants have taken place worldwide but just 1% are UK based. How many British lives has that cost?
As Britain falls way behind in the development of ethical adult stem cells, the Government has gone on diverting public money into unethical experiments. Taxpayers' money has been poured down the drain instead of using it to treat of patients with debilitating diseases. Some patient groups and medical charities have been hijacked; falsely believing that cures for everything from diabetes to Alzheimer's will be discovered using human embryos. Some MPs fell for the deceit that unless they authorised public funds and passed laws permitting embryo experiments they would be condemning people to a life of suffering and pain. The same MPs are now told that unless they allow animal human hybrid embryos they will be endangering life saving work. This is worthy of the father of all lies. Well-meaning people should not once again fall for this blackmail.
The Human Fertilisation and Embryology Bill also allows for the creation of so called "saviour siblings." This would enable tissue and organs to be taken from young babies and children. The Government Minister, Lord Darzi, said: "The Bill does not limit which tissue can be used in the treatment of a sibling ... and the Human Tissue Authority must approve any transplants involving organs from living donors and for children who are too young to give consent".
The Bill also extends the grounds on which organs and tissue can be taken from "life threatening" reasons to "serious". This is truly alarming as, Phil Willis, the MP who chaired the Committee which scrutinised the Bill, said this definition could be applied to things like autism. In an interview with The Daily Telegraph, he said that saviour siblings cannot currently be used to help children with autism but it was an example of the kind of serious condition that the committee believed should be tackled by the technique. It is hard to see what kind of tissue could help to overcome autism. However, if a child could be created to help with autism in an existing child, what else could be classified as serious?
The Government should be challenged for using the casuistry that saviour siblings are "donors". A donor has to give consent, and that is manifestly impossible in what is proposed. Personal organ donation is often a generous and altruistic act but it is always an act freely entered into. It is an act of autonomy and personal choice but clearly a baby or a young child does not have any say in this momentous decision.
The Bill deals with a whole host of other issues too - such as denying the existence of a biological father - the remit and make up of the regulatory authority (the Human Fertilisation and Embryology Authority), and the provision of In Vitro Fertilisation.
It was ironic that as the Committee listened to the Government's case for abolishing fathers, another Government agency, the Child Support Agency, was pursuing Andy Bathie, whose sperm had been used to create a baby for two women, whose relationship subsequently broke up. Mr Bathie is not recognised as a legal parent of the child, but is now being forced to pay thousands of pounds by the Child Support Agency. Mr Bathie was forced to take a £400 paternity test and his pay was docked.
Lord Brennan and I have been advocating the creation of a properly representative and balanced National Bioethics Committee capable of examining these complex and profoundly important issues.
Not long after the House comes back on January 7th 2008 votes will be taken on whether such a national scrutiny body should be created. There will also be votes on animal-human hybrids; on saviour siblings and the abolition of biological fathers. Now is the time to write and urge Peers to use their votes.
For further details please read the attached Evidence submitted by The Catholic Union's Joint Medical Ethics Committee or visit the website http://hfebill.org/. You can also contact Jim Dobbin MP, Vice President of the Catholic Union and Chair of the All Party Parliamentary Pro Life Group, via the clerk of the group, Julia Capps at cappsj@parliament.uk.
at January 12, 2008

I think that some notice and credit should be given to Cardinal Pell who has given $50,000 and now $100,000 to researchers into adult stem cells. I must confess that I am relying on my memory here in quoting those figures but I'm sure that I'm right.
Maybe I should have said that the Archdiocese of Sydney has given those sums.

A British writer of Japanese descent, Kazuo Ishiguro, wrote a book entitled Never Let Me Go. It is a novel about people bred for the purpose of harvesting their organs for donation. All donors died with the third organ donation. All the reviews praised the writer for his artistry - but not one critic dared to to write about the ethical implications implicit in the novel's subject matter.