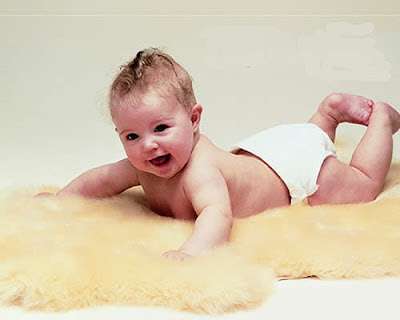 It wouldn’t take long for the Fathers — if they were miraculously transported to our time — to recognize America’s moral and political landscape for what it is. Our world is not so different from the world where they lived — the world they converted and healed.

But who belongs to our society? Who belongs to our world? For the last generation, Americans have tried to place certain classes of humans beyond the protection of the law, outside the definition of personhood. It began with the fetus, the preborn child. Court decisions placed arbitrary limits — at the first trimester, or second, or birth. But does anyone take these seriously? What is it about a day of development — or a week or two weeks — that changes the baby so radically as to make her a different sort of being? Which is the event that confers personhood?

Again, different ethicists propose different answers: self-consciousness, the ability to feel pain, sensitivity to light and sound, and so on. But these, too, fail. The most honest pro-choice thinkers put the matter baldly: what confers personhood is the will of the mother.


The Church Fathers were familiar with this line of thinking. In pagan Rome, a child did not achieve personhood until recognized by the head of the family, the father. When the mother had given birth, a midwife placed the child on the floor and summoned the father. He examined the child with his criteria of selection in mind.

Was the child his? If the man suspected his wife of adultery — ancient Rome’s favorite pastime — he might reject the child without so much as a glance.

If the child was an “odious daughter” (the common Roman phrase for female offspring), he would likely turn on his heel and leave the room.

If the child was “defective” in any way, he would do the same. As the philosopher Seneca said: “What is good must be set apart from what is good for nothing.”

Life or death? It all depended upon the will of a man. Human life began when the child was accepted into society. A man did not “have a child.” He “took a child.” The father “raised up” the child by picking it up from the floor.

Those non-persons who were left on the floor — while their mothers watched from a birthing chair — would be drowned immediately, or exposed to scavenging animals at the town dump.

Against these customs, the Church consistently taught that life begins at conception and should continue till natural death. In such matters, Christianity contradicted pagan mores on almost every point. What were virtuous acts to the Romans and Greeks — contraception, abortion, infanticide, suicide, euthanasia — were abominations to the Christians.

The papyrus trail is especially extensive for abortion, which is condemned by the Didache, the so-called Epistle of Barnabas, the apocryphal Apocalypse of Peter; by Clement of Alexandria, Athenagoras, Justin, Tertullian, Minucius Felix, Hippolytus, Origen, and Cyprian. And that partial list takes us only to the middle of the third century.

The earliest extrabiblical document, the Didache, begins with these words: “Two Ways there are, one of Life and one of Death, and there is a great difference between the Two Ways.” The Fathers converted their world from one Way to the other, and they were judged righteous.

Our last generations have perverted our world from one Way to another, and we too will be judged. But we can still do something, as our earliest Christian ancestors did, and we must.

That’s why tens of thousands of people are thronging the streets of Washington, D.C., today, on the anniversary of Roe v. Wade, the Supreme Court decision that protected the practice of child-murder from any possible legal sanction — while leaving children without any protection at all.

The practice of infanticide in the decadent days of the late Roman Empire surely helped (along with other factors) to sap the vitality of the Empire and thus contributed to its decline ( though I didn't read THAT in Gibbon !)

Into the melting pot of the Roman Empire in its last days, with its immigrant communities, its loss of civic virtue, its abandonment of a (pagan) religion and philosophy, the Church represented a unifying and civilising force.

Similarly, today, abortion and the culture of death are symptoms of a declining civilisation, which the Church, with its history, should be well able to counter.

The unborn baby is a human because it has a soul.

I was listening to Women's Hour today. There was a feature on Simone de Beauvoir who was, apparently "progressive" as she supported "rights" such as abortion.

It is strange how abortion has come to be seen in this way.

How history repeats itself.
I remember my mother telling me that while she was working in a hospital a catholic man came to visit his wife who had just given birth to a baby girl, as soon as he found out it was a girl he threw the flowers he had brought his wife on the floor and stormed out!