Christians and Jews stood out 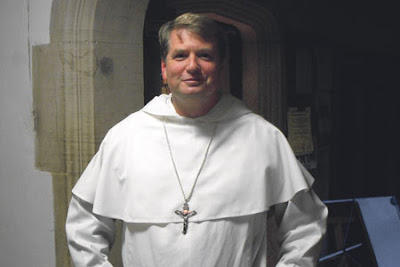 I had a frightening conversation recently wth a brother priest about the Sexual Orientation Regulations and the Churh's response, he kept saying, "It is the law we cannot not obey it". It was the law of the state, not of God, he was speaking about.

Anna Arco the young Catholic Herald journalist, who incidently has a pretty exciting blog, has an interview with the Australian Dominican bishop who was the organisor of World Youth Day, Bishop Anthony Fisher.

In Victoria things are so far gone that doctors and nurses no longer have a freedom of conscience clause, he says. Something similar may be introduced in the United States. A medical practitioner in Victoria has to refer women for abortions and in an emergency perform one. Should this stop Catholics from becoming doctors?

"No, I think it means that Catholics can and must become doctors and they must be willing to be charged with a crime," he says. "I'd be very interested to see whether anybody is going to dare to challenge them for living by their conscience. But it's a monstrous situation that they should have to even live under the threat of that."

Bishop Fisher thinks that we are facing a situation similar to that experienced by the early Christians.

"In the Roman empire Christians and Jews stood out for being against abortion, contraception, infanticide, polygamy and homosexual activity," he says. "They stood against a range of things in the moral bioethical fields of marriage, family, sex. But they were really quite different because these were not just the standards of the Romans but the Greeks before them, and probably people thought that Christians were quite strange or prudish to have this sort of reverence for marriage and life."

He argues that taking a principled stand takes a great deal of courage and a strong sense of identity because the surrounding culture does not support virtue on that basis. Although society supports some types of virtuous behaviour, there are whole areas, he says, where we need to show the courage of our convictions.

"The culture is not very sympathetic. In fact it just thinks we're weird and looks at us uncomprehending," he says. He worries that pro-lifers may become targets of persecution because their position serves as a reproach. Some of the language in the amendments proposed but not tabled on the HFE Bill bore witness to that, he says....

As long as we all remember that it is our souls that count, not our jobs, not our freedom and not even our very life's but our souls and act accordingly we will prevail.

Rather I should say, Christ will prevail, He is relying on us to do His work now here on earth.

If it is the LAW then there are ways to get them changed,it can take a long time .We have seen how laws get changed in America for example ,the majority of those voters were barred from voting up until not long ago and we have all seen the movie "Mississippi Burning".

I am totally against violent direct action but the way Ghandi got shot of the Imperialist thieves in India was only after a lot of hard work.

With education and patient reasoning anything is possible.

If things go on as they are the population of the world will consist of pensioners.

Archbishop Hart gave excellent leadership in the fight to oppose the decriminalization of abortion in Victoria. Much now depends on the support shown to catholic medical staff, who exercise their conscience in this vital matter

It was a huge blow for Victorians when this horrendous bill was passed but we can't be discouraged. We must continue to pray more fervently and place our trust in the Lord. What may seem impossible for us is possible for God - we put our trust in Him.

Doctors willing to be charged with a crime ? yeah, right.

I was threatened with being struck off my doctor's list for refusing to have the pre-natal blood tests which are designed to offer you an abortion. (I said "As you'll see from my notes, I'm a Catholic, therefore will not be contemplating an abortion, so you may as well save some money on your fundholder's budget and let me out of here.) I remember sitting there arguing the case with my GP, thinking: you have 7 minutes to deal with each patient, yet you`ve detained me here for a full half hour now, persuading me that I need to have this pointless blood test, while there are people in your waiting room who will die on a waiting list of terminal illness, who are desperate to see you.

Culture of Death is absolutely spot on. We need to pray for some Doctors for Life to start applying for medical school. Especially as we're paying through the nose for their salaries.

Eeew. My comment was meant to have been added to the ones in the above post about the Culture of Death. Tnat was a bit dozy of me. sorry.

"Woe to those, particularly Catholics, who dare to try to convince us that their 'choice' of a radically pro-abortion leader is within the parameters of conscience. God have mercy on those who exude freely this salve for their partisan cooperators. I fear that they will bear a greater responsibility than most. Against them will come not only the cry of millions of human lives savagely destroyed, but the souls of those they have sucked down with themselves. This is the very definition of scandal, and the reason that so many have spoken out with such urgency to announce the authentic teaching of the Church.

"The Freedom of Choice Act will mark the beginning of a great persecution against religious liberty, ["a great persecution against religious liberty"] because it will require tax payer money to be used for abortions. You and I will be faced with this legal trial: whether we should pay our taxes making us participants in the slaughter of Innocents or be liable for jail and fines."

"Rejoice and be exceeding glad for great is your reward in heaven, for so persecuted they the prophets that were before you". The Lord often warns us that we shall be persecuted. Holy Scripture is full of comments on our condition. What indeed should we expect?