Too Rigid, Too Pious 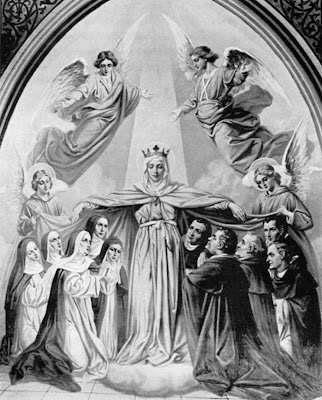 Whenever I put up a post about vocations I normally get a few comments marked "NOT FOR PUBLICATION" or an email or two, very occasionally even a visit, from young men in their late teens, twenties or early thirties, in which they speak about their ardent desire to give their lives to God or to be a priest. Most are very bright, young professionals, young academics, doctors, scientists or lawyers.
A few want to celebrate only the traditional Rites but certainly not all, the common denominators are piety and orthodoxy. Some have visited seminaries or religious houses and have felt that they are unlikely to fit in, some have spoken to bishops or vocations directors and have been told they are too rigid, too pious.
If they are thinking about the contemplative life; as they have normally done the round of UK monasteries, my first question is normally, "what foreign languages do you speak?" but then exile isn't normally part of their vocation, for most it is a price just too high.
For some the Oxford or London Oratories might well have been an inspiration but these are not institutions they feel drawn to, to spend the rest of their lives in.
The diocesan priesthood in theory is obviously the answer for many of them, but bishops are wary of them, often simply because they don't fit the "diocesan profile" - it is often used term, which I have never understood but it is obvious they will have difficulty fitting in with older priests and laity in a diocese.
As Catholics, just because someone feels they have a vocation, doesn't mean they have. It is the Church who does the calling, her voice alone we can trust.

Today is the feast of St Charles Borromeo, he epitomises the Counter Reformation, the glorious Catholic response to Protestantism. I think Protestantism was the Northern European reaction to the Renaissance, which brought with it not only an artistic and intellectual flowering but a resurgence of Greco-Roman, rather than Christian values, marked by sexual amorality and a humanism and new scientificism (as well a growth in superstition) that pushed God to the margins. A bit like today, I think.
Following on from the Renaissance Popes and their notorious decadence was the burgeoning of saintly founders of new religious orders, they seemed to have attracted the young men that so many bishops were frightened of. Who would have thought the early followers of Saints Philip Neri, Ignatius of Loyola, Camilus de Lellis etc would fit into the model of the tired dioceses or religious orders of the 16th century.
at November 04, 2008

I've long thought how similar the spirit of S Charles and Pope Benedict are. The need to reform that which has become ungodly, through example and catechesis. Perhaps the Holy Father needs to open up new seminaries (metaphorically-speaking), as did S Charles in his day (literally-speaking).

I hope these young men join FSSP. We really cannot afford to be loosing them. In time the setting up of personal parishes will hopefully provide the pastoral work to which they are drawn. I never realised the crisis in vocations was so magnified by liberal ideology at the seminary gates. I'm reminded to pray for our Bishops.

O Saintly reformer, animator of spiritual renewal of priests and religious, you organized true seminaries and wrote a standard catechism. Inspire all religious teachers and authors of catechetical books. Move them to love and transmit only that which can form true followers of the Teacher who was divine. Amen.

Yours with rigidity and piety

How can these young men who feel a calling to the Priesthood be labelled 'Pious'?????

Surely that's the whole point! We desperately need Pious and Saintly young men to join the Priesthood as only through Piety and a Saintly life will we repel the havoc that the devil and his demons are wreaking on us all.


St Jose Maria Escriva had much to say about Piety and striving for a Saintly life......This about Pious Priests....

How great is the value of piety in the Holy Liturgy!
I was not at all surprised when someone said to me a few days ago, talking about a model priest who had died recently: “What a saint he was!”
“Did you know him well?” I asked.
“No,” he said, “but I once saw him saying the Mass.”
The Forge, 645

Lord Jesus send us Pious and Holy Priests in abundance - the harvest is rich but the labourers are few.

I think though they must mean piety which gives the soul rigidity and a "lack of freedom in human relations." No good praying all the time if you don't love your brother and sisters freely. I can only think this is what they mean. A person, "loosening up" is the work of the Holy Spirit though I guess.

In Germany several dioceses are advertising for the priesthood with the slogan "We don't need pious guys. We need priests".
I'm not making this up! A poster with that slogan is hanging in my parish church.

There are plenty of dioceses in the United States who will take these sorts of young men!

Perhaps they could consider monastic life. Might also be worth checking out the Jesuits, they could be going through a change and they are not all trendies. And exile is not something to be frightened of. Seminary in Poland, even? And is it the same in Scotland. I don't know, but it could be worth finding out.