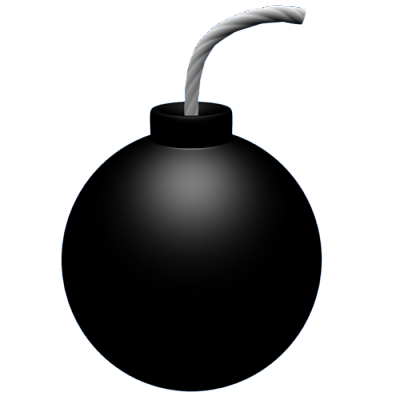 One of our more elderly parishioners, "B", had to fly from Gatwick to the north, she was stopped for a random bag search and made to turn out her handbag, after which the young woman inspected each and every item meticulously, then she said she was going to get the device for checking for explosives. "B" was commanded to wait, she was rather afraid and muttered, "But I am not a terrorist, dear".
"You can't say that", said the young woman.
"What can't I say?" asked "B" a little confused.
"You can't say that word, you are not allowed to use that word, it is forbidden!"
"B" said she was too afraid to ask who had forbidden the use of the word "terrorist", but another passenger, presumably to comfort her said, "If you had said the word, "bomb", they would have called the police.

This is absolute madness, especially as "a bearded young man of middle eastern appearance", had set off the scanner 5 times before being waived through.
Quite extraordinary, what are we coming to, were even words are prohibited?
at November 26, 2008

It infuriates me coming into UK airports to find myself on the wrong side of the "UK Border" - which magically in the last few (Blair) years has appeared behind black lines on the floor. Don't know which bit of no-man's (persons?) land I'm on between the door into the building and the black line on the floor.

In fairness Father I think that poor official made a genuine mistake. The word terrorist is not forbidden. The phrase Islamic Terrorist is the problem. You cannot associate Islam with terrorism because Islam is the religion of peace. By associating Islam with terrorism people start thinking that it is the religion of pieces (blow you up, chop you up). The homophone problem is very confusing and may lead to a total misunderstanding of true Islam. For this reason, the use of the phrase Islamic terrorist is verbotten. I think this is the most charitable interpretation of this unfortunate event.

The people employed doing this job are not exactly the sharpest tools in the box,in the US the problem is even worse.

In Israel where they have a genuine terrorist problem they use intelligent,considerate staff and El-Al is probably the safest airline to travel with.

And of course we have to have a ready excuse for disregarding the Schengen Agreement which we signed up to.

Now, I can sympathise with the lady, everywhere I go (other than the vatican) I set off the bleeper as I have had two hip replacements. What makes me laugh is that I get such a precise search as does my 12 year old daughter that you would think we have 'dangerous' written all over our faces. The fact is we are easy targets, but then it might scare off the real 'problems' that might be queing behind us!!!!

This poor defenceless old lady. She must have been terrified. It's hard enough to get your zimmer frame through passport control these days without setting the alarms off and now this. I suspect she might stick to travelling on the National Express in future.

Take a look at www.prisonplanet.com

Wisconsin Police were caught on camera tasing a 54 year old woman and confining her to a wheel chair after she sat in the wrong seat at a football game in Madison.

If Islam is the religion of peace then what were its adherents doing at Poitiers, the gates of Vienna, and Lepanto? From what indeed did Don John of Austria set his people free? Was Charles Martel merely rebuking a collection of itinerant wine tasters? In whose name do suicide bombers attack Israeli bus stations, etc.? How please do we distinguish true Islam? I have tried studying the Koran, but like Holy Scripture it requires an interpreter and in Islam none appears to be provided. Lives of Mohammed are not helpful either on the "Religion of Peace", especially when written by ex-catholic nuns.

I remember shortly after 9/11 some airline pilot while passing through was frisked and practically thrown in jail for giving a "security guard" a hard time over a small Swiss Army knife on his keyring. I think his argument went something like: "Look moron, I'm the pilot - if I'm in the mood to, I can fly the plane right into the ground, on top of which there is a fireman's axe underneath my seat. Take this knife and....." you can imagine what he told him to do with it.

My take on all this? EVERYONE brings a weapon of choice and the first one to pull one stunt "gets it."

All that a "Weapons free zone" guarantees is a "target rich environment."

Don't even start me on illegal aliens being found working behind the scenes at airport jobs...lock the front door, but leave the back door wide open.

Of course they pick on the elderly, etc. They've got a "quota." They're afraid to go after the most likely: young Mohammedans of radical upbringing. Is every Mohammedan a terrorist? Certainly not. But they are strangely muted voicing objection to terrorists in their midst. Political correctness be damned.

And frankly, any group of citizens who jumps "Flying imman" types who gets into political correctness trouble with the "diversity police" is going to get a jury nullification pass from me. "Not guilty, your honor."

I was delighted the other day when a terrorist front Islamic "charity group" which funneled millions to despicable people got busted. "Noraid" on a larger scale.

Bust them now, because Nobama has a terrorist friend in William Ayers. He's soft and the terrorists know it. Joe Biden, please pick up the courtesy white phone....

"Forbidden ! " I'm afraid I would have taken the attitude "Who in hell do you think you are talking to", etc. I agree in my case the encounter would have been unfruitful.

This is one reason (of many reasons) why I never travel by air.

Imagine them frisking you before you boarded a train or a ship, or climbed into a car or taxi !

Well, they'll never get the chance to mistreat me at an airport !

In this delightful Shangri-la social democracy of ours, I one of these days will probably be gunned down for (a) leaning too heavily on my walking stick or (b) smoking a cigar in public.

Coming to Britain is like being taken into custody. I have wondered for some time if the hatchet-faced Immigration Officials actually work for HM Prison service and do immigration one day a week, and work as prison warders the rest of the time. They treat incomers as if they were convicted criminals and appear to wear the same uniforms.

It isn't just air travel that is problematic. The British officials at Eurostar Paris and Brussels are particularly unprepossessing.

PeterHWright says 'imagine being frisked before you board a train.' I have been 'frisked' on two occasions before boarding the Eurostar - by a lady official each time I hasten to add! And as there appeared to be only one frisker on duty at the time, whilst I was being done several other passengers walked past.

However I do feel safe with all the security involved but do wonder why I, a grandmother and Senior Citizen was picked!!

Pelerin - they are obliged to frisk a percentage of people who do not look remotely like terrorists otherwise they will be accused of being racist and discriminatory.

Henry - an interesting comment and one I had not thought of. But surely there is a danger of someone getting through with evil intent while the innocent person is being frisked?

Pelerin - (Henry enters totalcynicism mode) The aim is not to prevent terrorism it is to make people panicky and compliant so that the government can get them to do whatever it wants. The technique is to induce a collective state of free-floating anxiety. The tabloid press with its screaming headlines is particularly helpful in helping to achieve this. You can't say they are being altogether unsuccessful.

The threat is however real, what we must question is the methods used to combat it and the refusal to acknowledge that it comes from a particular section of our community.

The threat is not to be fought by a "war on terror" - that just feeds the beast.

Pray for their conversion and admit that is what we are doing.