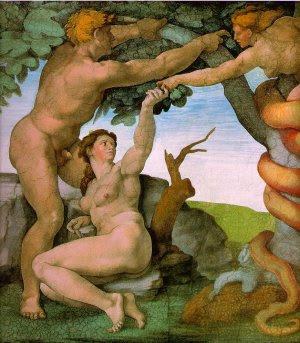 "In the beginning" are the first words of both the Book of Genesis and St John's Gospel. For St John the Incarnation of the Eternal Word of God is as momentous as the creation of the universe.

When Jesus speaks to Mary, always he addresses her as "Woman" because she is "the" woman. The woman put with Adam is called by him, ""Eve", because she became the mother of all the living". At the tree of the Cross Jesus gives the "woman" Mary to John and the Church, when he says "Woman, behold your son". Jesus death is not just a lbieration from sin but an act of recreation.

Today wer celebrate the beginning of this recreation, the creation of the "New Eve" who from her human nature will be taken the "New Adam", both are a new creation, both are brought into being through the action of Grace. The lectionary used in England speaks of Mary at the Annunciation as "highly favoured", the American one as, "Full of Grace". If we are speak of Mary as being the "New Eve" then we have to understand the nature of Eve. She was created by God with "no stain", she was created "Immaculate".

If we deny Mary the title "the Immaculate" or the Immaculately Conceived, we seriously underestimated the significance of the Incarnation and of Jesus Christ.

We also underestimate too, the significance of our baptism, for we are taught that the same fruits of Christ's death which we receive in baptism, were received by Mary at the moment of her Conception. The difference being, an additional gift, that she as the "New Eve" was preserved from the wounds of Original Sin, which means never was her focus removed from doing God's will. 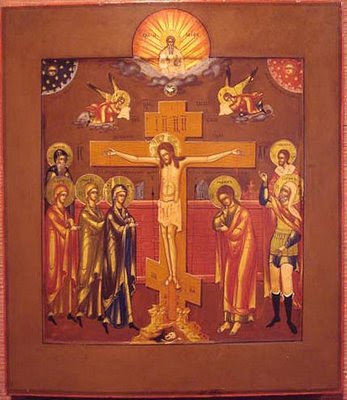