Pelagianism: I hate it 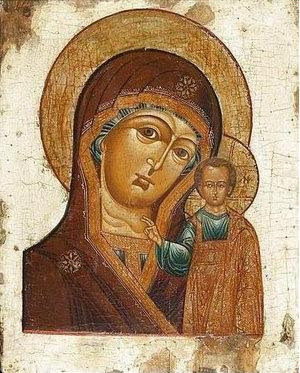 Pelagianism: I hate it, but it is very British. It is really a variant of Arianism which says God did not truly become Man, because Jesus was not truly God.
Pelagianism denies the action of Grace in the world, man is saved by his own goodness and efforts, rather than by God.
It is what we do, rather than what God does that matters, therefore the value of the sacraments is the psychological effect they have in our lives, rather than the direct intervention of God. It denies the power of Grace, of the role of the Blessed Virgin, of miracles, of the power of prayer: Pelagians above all would deny the role of the Holy Spirit, of His act of sanctification. Wherever there is attempt to place man at the heart of the faith, there we should expect to find Pelagianism.
Pelagianism expects Man to be strong rather God's grace to be powerful. Catholicism, or as we could call it, mainstream Christianity, acknowledges mankind is weak and wholly dependant on those things God gives him.

Signs of the Pelagian:
The Church is a human construct, there is nothing or little of Grace about it.
The Liturgy and prayer is about how it makes us feel. Feelings rather than Grace are important.
Revelation is not a given, something given for today and all time, but something of that past that depends on our interpretation.
Ultimately Pelagianism says God is irrelevant to society and to the individual.
Pelagians tend to have a poor view of mankind, what see is what you get, because their is no room for Grace. It is also elitist, insofar as it values a human being by his goodness, his talents, his skills, his willpower.
Devotion to the Blessed Virgin is the destroyer Pelagianism, her whole being was about saying yes to Grace, and being the Mather of God she became the source of Grace. Her life shows the effects and power of Grace
at December 17, 2008

I wonder if communion in the hand is not another sign of Pelagianism? Or a means of propagating the heresy.

You were quick Henry!
Anything which decreases devotion, or real "active participation" in the Life of Grace promotes heresy.

And a liturgy that is focused on feelings and emotional response fosters Pelagianism. In the eyes of many, grace only exists if the group manufactures it.

Of course Mary said yes to grace! She was already full of it via the gift of her Immaculate Conception from God.

Henry. Please. You're stretching it.

Stretching it? By receiving in the hand, communicants pick up and transfer the Body of Christ to their mouths by their own efforts instead of accepting and receiving passively.

The symbolism is Pelagian.

Now that I think about it…look at the Domine non sum Dignus prayer with the lame duck translation of “Lord, I am not worthy to receive you, but only say the word and (I) shall be healed. Dómine, non sum dignus, ut intres sub tectum meum: sed tantum dic verbo, et sanábitur ánima mea. (my soul) = anima mea…

This is affecting America for sure.

Excellent Fr. Blake, I'm going to share this one.

But people get very annoyed if you use the "P" word. Apparently it doesn`t really exist anymore. A kind of counter-heresy. It flies in the face of an empowered laity. Pelagianism, is "uncharitable" and denies many of the good, virtuous works that man has inspired.

People who use the "P" word are very, very unkind.

Great post. Someone should write a book about it, or at the very least one of those CTS little booklets : "Pelgianism - the 21st century curse on school and parish life."

Yes, sadly Pelagianism is alive and well in the Church - and very much so in Britain.

The same ideologues who falsely claim the Church 'used to promote salvation by your own efforts' (and then use that as a vehicle to suggest that Indulgences, the Rosary, and so on were just that), are happy to embrace, and this in the name of Catholicism, the endless man-made efforts to 'save the self' and to 'save the environment' and to 'save the church' by attempted lay governance.

As you say, Our Lady is the answer as she is the destroyer of heresies.

Last night a lady asked if there were any good ways to pray as well as the Rosary. We answered that, really speaking, we could not improve on the Rosary - except of course for Mass and Adoration. To understand our need of Grace, we need to sit on the knee of Our Mother who is Full of Grace and learn to be small enough to receive Her Son Jesus and His Gospel from her.

Until we stop imposing our prideful stances on the Faith... and learn to accept ourselves as creatures in need of God's free gift of Grace, and our own need to co-operate with His Grace, the present Pelagian nightmare will persist.

A great text we read a few years ago on this subject is Cardinal Charles Journet's The Meaning of Grace. Highly recommended!

In Christ
Alan and Angeline

I would say Pelagianism is one of the great modern heresies today. You can find it (or rather you can't avoid it) among modern Catholics everywhere.

I've noticed that Catholics infected with Pelagianism particularly dislike the "old" Mass and the Rosary.

Henry, receiving Communion should NEVER be "passive!" I still can't picture Jesus telling Peter to tilt his head back and stick out his tongue. Ditto the other apostles who stayed.

Joe: They have a perfectly FINE translation. You missed my post here. the VERY first translation in the US in 1964 had it correctly. Click on the 4th picture. This little card was handed out in 1964 shortly after the changeover from Latin to English. As you can see it was a combination of English and Latin. And Frankly, had they left it alone at that it would have been fine. Now 44 years later, they are largely going back and saying "Gee, our first pass from Latin/English was pretty good.: As we say: "well, Duuuuuhhhh!"

I don't agree with Joe's view that the modern translation of the Domine non sum dignus prayer is Pelagian.

No-one questions the fact that "anima" means "soul", but the problem is that we tend to think of the soul in the Cartesian sense of a substance distinct from the body, as opposed to the traditional view which saw the soul as the first principle of the body. In this context, translating "anima" as "I" is one way of reinforcing the traditional understanding that (i) it is the whole human person that is saved, not just the soul and that (ii) the Incarnation restores human nature to its original integrity and with it the whole material creation, which is raised through man to a higher plane and integrated with the intelligible or spiritual order.

Pelagianism is indeed pernicious, but so is the opposite heresy of Protestantism, and, as always, it is the Catholic understanding that preserves the mean between the two errors.

I'm afraid I think that this is an instance where the dynamic equivalence approach to translation conveys the meaning more accurately, and I dread the return to the old - and in my view, inferior - translation.

Let me clarify my position: I did NOT say that the Domine non sum dignus prayer as translated in the current ICEL translation was Pelegian. What my intention was to say is that if you didn't understand the theology behind the Latin prayer, one could easily be mislead.

Right Karen, I agree with you, the 64 Translation was much better and accurate, I was referring to the current translation which I'm stuck hearing at Mass when I go to the OF, which is a chore, because I know the Latin.

The major problem with dynamic translations, while "accurate" in terms of its meaning (for example "and also with you" in of itself isn't bad, you just need to understand that the body is body/soul composite, and if you didn't get that again, very misleading. But that in getting the meaning down, the substance of things are lost. The idea of theological language is that it's very specific example, speed and velocity are NOT the same thing. One has direction, the other does not. Soul, spirit, are very theological concepts which have been lost in the dynamic translation.

For all of us here, we know of the theology behind such translations, so it's no problem for us here, But for those that haven't been catechized, or were catechized poorly, I think so much is lost.

Sorry for any confusion that I caused

I would add, that Communion in the Hand as presently practiced in the Latin Church, could in a sense be Pelagian by the action of the Faithful, but we in no way can read the hearts of the Faithful to know what is being thought. Though there was that guy Uzzah in the OT who had a good intention to save the arc from falling down, yet was killed.

Communion in the Hand as practiced in the early Church with the right hand acting as a paten and the head being inclined towards the hand and then proceeding to purify their hands being careful to not allow any fragments to fall is different. I believe if this was how we practiced Communion in the Hand in the Latin Church, there'd be less of an uproar by those on the right and for that matter the Pope.

The Vicar of St. Thomas the Martyr, Oxford, has it right on this subject:

Oh, dear, some of you are missing the point.

Back in the '80s, then-Cardinal Ratzinger wrote an article, published in "30 Days", about how Pelagianism can even tempt the orthodox.

After all, Pelagianism is about attaining salvation based on our right moral conduct, and we faithful Catholics are deeply concerned about right moral conduct in society. We are properly opposed to the public acceptance of sins such as abortion. And we are eager to work together with our non-Catholic separated brethren in resisting these evils.

But there is a danger: if we lose sight of the primacy of the life of grace -- if we begin to think that we have stronger spiritual bonds with non-Catholics, based on our common morality, than with morally confused Catholics, then we are being tempted to Pelagianism.

During yesterday's Old Testament reading, I suspect it was difficult for many American Catholics, (I HOPE this ditty hasn't made its way across the Atlantic,) not to think of the Pelagian National Anthem, which begins, "Let US build a house where..."