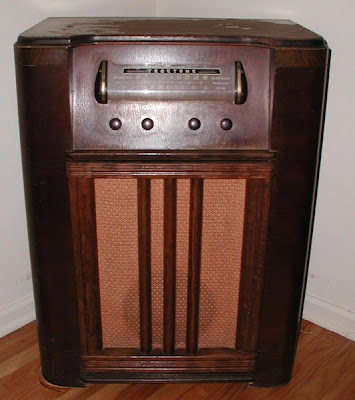 I am addicted to Radio 4, most of the time it is really very good.
There has been a debate, I think amongst the Trustees recently about whether "Thought for the Day" which is a shorts sermon during the prestigious "Today Programme" should have a secularist or humanist "Thought". I haven't heard the outcome.

Those who say there shouldn't be any non-religious input argue that there is little enough religious representation on the BBC.
Those who argue for the inclusion of non-religious input, say that there are already on Radio 4 an early morning "Prayer for the Day" on Sunday "Morning Service" preceded by the "Sunday Programme" of religious news report. In addition on Radio 3 most days there is "Evensong".

I agree there lots of anodyne, prissy, dull religious programmes stuck in their own little ghetto. What there is not is any rampant preaching of any religious message, be it by Christians, Jews, Muslims or any other group. No Christian, Jew or Muslim is allowed to proselytise on the BBC and yet for half an hour I have just heard Shappi Khorsandi mock religions and religious practice. and yes, proselytise for secularism. I am sure many of you could give other examples, apart from the pushing of the dull arguements of Dawkins, the broadcasting of the overt secularism of Pullman.

In fact Dawkins and Pullman don't worry me as much the BBC's policy of allowing ridicule and mockery, which has much more impact than dreary "Thought for the Day".

Where are the Christian commedians? BBC doesn't employ any.

Fr Ray, whatever else you might expect from the BBC (Beelzebub's Broadcasting Corporation), one thing is for sure, when it comes to the Catholic Faith and Religion - their policy is as always "Fairplay, No way"!

Leave 'em to the Secularists, Atheists, Agnostics, New-Agers, Satanists, Whotnots, Humanists and Whojamadoodads, they can suck up to the likes of Dawkins, Pullman and others and broadcast the worthless drivel that goes under the name of 'thought for the day', more like 'bore of the day', which invariably is liberal, love your neighbour, hug-a-tree, careful of your carbon footprint, ecumeni-nonsense! This does nothing for the Christian Faith except mock it.

If I had my way, I'd scrap the licence immediately. Then perhaps they'd have to buck-up their ideas and produce some decent programmes as they would finally be on a competitive 'level playing field' and not in a priviledged 'cocoon' existence as they have been since Year Dot!

Geez, Fr. Ray -- YOU should apply to get a "thought for the day" segment.

I have no idea what you'd say, but I guarantee it wouldn't be "anodyne, prissy, dull religious programme."

You take the cake!


I have to say it's hysterical watching the two faced media. Theyu will LIE out of one side of their mouth about filthy secular programs that are morally evil and then say "it's just entertainment and doesn't affect anyone." And out of the other side of their mouths tell their prospective advertisers "take out an ad spot -- what you say can induce people to buy your product/good/service."

Oh, so which is it? TV programming has NO effect on people, or it does.

The BBC has long ago gone down the pan.Single Issue Activists have taken over.

People like Dawkins,Melchett,Tim Martin and the BARMY Ruth Lee have been granted millions of £££ of free advertising.

It's about time a License Boycott was organised.

I think that most of the presenters of 'TFTD' do tremendous harm to religion. They lack credibility and George is absolutely right in what he says.

However, BBC radio output, with the exception of some local radio stations, in general, is the best in the world and no other broadcaster comes within a whisker of its diverse output.

As a radio insider, I can honestly say that there is a real effort to be balanced. There is a problem when a story unfolds which some people don't want to hear. They then attack the broadcaster in a misguided attempt to defend that which they would prefer to belive in. Some interviewees are clearly trying to be less than forthright with their answers and this will inevitably lead to more probing by the interviewer.

Sandi Toksvig is the pro-secular humanist "comic" that gets my goat.

and there are no Catholics in The Archers!

There are some Christian comedians on the BBC. At least, there's at least one evangelical protestant - the otherwise brilliant Milton Jones. Unfortunately, he was on the radio the other day saying that he could think of nothing worse than infant baptism.

Shepherd points out that there are no Catholics in the British radio soap The Archers.

Unfortunately when a Catholic is introduced to a soap he or she is usually a figure of fun such as Dot Cotton in the BBC's Eastenders. She started off by being introduced as a Catholic character although I could not help noticing that when she recited the Lord's Prayer once she used 'which art' instead of 'who art'. She often quoted chapter and verse from the Bible - how many lay Catholics do that? and although I gave up watching it many years ago I think Dot eventually morphed into a rather holier than thou general Christian who was always at odds with all the other dysfunctional characters in the soap.

At first she was depicted as a sanctimonious village gossip who'd break into biblical quotations at the drop of a hat but over time the scriptwriters softened to her.

When I lived in Britain, I was occasionally too slow to get to the off button when "Thought of the Day" came on. It is so clearly already a force for the destruction of religious belief with its meaningless blurbs of politically correct drivel from leftist and feminist clergy, that I can't imagine an openly secularist blurb could do any more damage.