Pope beins Catechetical talks for "Year of the Priest" 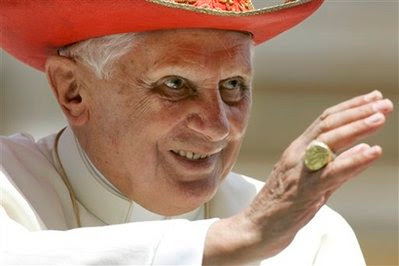 (VIS) - The Year for Priests was again the theme of the Holy Father's catechesis during his general audience, held this morning in St. Peter's Square.

The Pope began his remarks by expressing the hope that the Year "may be an opportunity for the inner renewal of all priests and, consequently, for the revitalisation of their commitment to the mission". He then announced that his catecheses over the next few months will focus on the figure of St. John Mary Vianney, the holy "Cure of Ars", on the 150th anniversary of his death.

What most stands out in the life of this saint, said Benedict XVI, "is his complete identification with his ministry. He used to say that a good pastor, a pastor after God's heart, is the greatest treasure the good Lord can give a parish".

"In fact, it is by considering the dual term 'identity-mission' that each priest will become better aware of the need for that progressive self identification with Christ which guarantees the faithfulness and fruitfulness of his evangelical witness. Thus, in the life of a priest, missionary announcement and worship are inseparable, just as sacramental identity and evangelising mission are likewise inseparable".

"The goal of priests' mission is, we could say, 'of worship': that all men and women may offer themselves as a living sacrifice, holy and acceptable to God, receiving the charity which they are then called to dispense abundantly to one another. ... Love for others, concern for justice and the poor are not so much a question of social morals as the expression of a sacramental conception of Christian morality because, through priestly ministry, the spiritual sacrifice of all the faithful is accomplished, in union with the sacrifice of Christ, the only mediator. This is the sacrifice that priests offer bloodlessly and sacramentally while awaiting the second coming of the Lord". 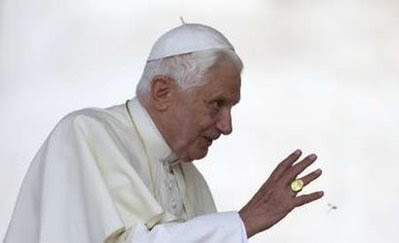 "In the face of so many uncertainties and so much weariness, even in the exercise of priestly ministry, it is vitally important to regain a clear and unequivocal view of the absolute primacy of divine grace", said the Holy Father. "The mission of each individual priest depends, then, also and above all on an awareness of the sacramental reality of his 'new existence'. Upon the certainty of his own identity - not artificially and humanly constructed but freely and divinely given and received - depends his perennial enthusiasm for the mission".

"Having received such an extraordinary gift of grace with their consecration, priests become permanent witnesses of their own encounter with Christ", and "are able to carry out their mission to the full, announcing the Word and administering the Sacraments.

"Following Vatican Council II", Pope Benedict added, "in some places the impression arose that there were more important things in the mission of priests in our time: some people believed that the priority was to build a new society".

The Pope continued: "When the 'diptych' of consecration-mission is not taken into due account, it becomes truly difficulty to understand the identity of priests and of their ministry in the Church. ... During this Year for Priests", he said, "let us pray for all the clergy. ... Prayer is the primary duty, the true path of sanctification for priests and the heart of authentic pastoral care of vocations".

And he concluded: "The low numbers of priestly ordinations in some countries not only must not discourage us, it should stimulate us to dedicate greater space to silence and to listening to the Word, to improving spiritual guidance and the Sacrament of Confession, so that the voice of God, which always continues to call and to confirm, may be heard and followed by many young people". 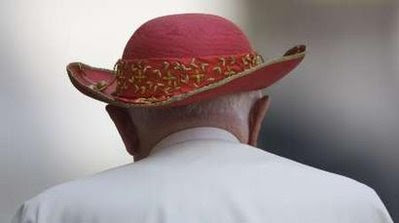