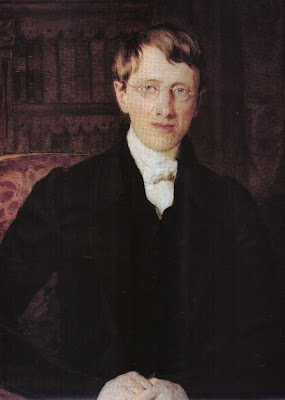 People ask me about my conversion to the Catholic Church, I tend to avoid talking about simply because it was a long and complex process, it was not one thing but many, not one moment but many. Two keys to it were connected to Newman, one was an etching of the young John Henry Newman languishing in his cabin becalmed in the Mediterranean. I am not quite sure what happened to it, but as an adolescent the torpid Newman resonated with me. The second key was reading his Apologia Pro Vita Sua. To me as a fifteen year old Newman's analysis of the Church of England in 1864 echoed and increased my own growing difficulties with its various claims to being One, Holy, Catholic and Apostolic almost a hundred years later. I did not understood fully what Newman was saying but the very fact that someone with Newman's integrity and intelligence had these difficulties sewed serious doubts in my mind.

My difficulties were that the Catholic Church of the late 60s and 70s was in flux, it seemed visibly breaking from its past, casting off much that marked it out as being "the" Church. For a rather confused adolescent I could see Newman's difficulty and doubts about Anglicanism but not his solution in the Catholic Church. For me the acorn was not recognisable in the mature tree.
Newman was one of my youthful heroes, now, with what I hope will be his imminent beatification, I have to learn to make him the object of my devotion. To let his heart speak to my heart as I suppose it did in my youth.
There is a very good piece on Newman by Dr Ian Kerr in the Herald.

Newman's main difficulty in the Catholic Church seems to have been having to wage a constant battle on behalf of Catholic tradition (held by among others the old Catholic families of England) against the extreme ultramontism of Manning, Ward, and Faber , other Oxford Anglican Converts ,whom he described as "an aggressive and insolent faction who had caused the hearts of the faithful to mourn". Fortunately their view of Papal Infallibility , which would have included every writing of a Pope, was not upheld by the Council. Newman was quite happy with the very limited infallibility contained in the definition. He thought that God had over ruled the exremists.

Nevertheless until Leo XIII made him a Cardinal ,there hung about him a cloud of suspicion, which was only dissipated by his elevation to that position.

He will certainly not be a saint of unity, as in the name of what he thought to be true he split two churches.

I have always found Newman's Marian writings to be a source of consolation amidst cares and griefs. In fact, I must put something by Newman on Our Lady on my own blog - since both he, and Tolkien himself, had special devotions to her, the Queen of Angels and of the Saints.

Thank you for posting this, father. Newman played a great part in my coming to the faith, at first only in a minor way (in that when I first became aware of Catholicism, I adopted my mother's devotion to ++JHN), but recently more directly as I was brought back to orthodoxy.

I love converts but find a slightly different approach to those of us Catholics from birth.

I will add your excellent blog to my links.

If you wish to reciprocate that would be nice.

"For me the acorn was not recognisable in the mature tree. Newman was one of my youthful heroes, now, with what I hope will be his imminent beatification, I have to learn to make him the object of my devotion. To let his heart speak to my heart as I suppose it did in my youth".

That's so beautifully put Fr Ray. Thank God it was John Henry Newman you were reading as an adolescent because I'm sure his wise words and penetrating insight nurtured that 'acorn' to grow into the fine and mighty oak that you are now Fr.

God Bless and may all of England rejoice very soon when this great English Cardinal is raised to the heavenly ranks of a Saint!

It is interesting to learn of Cardinal Newman's influence on Fr Ray's conversion.

I am ashamed to say that I have never read anything written by Cardinal Newman. Never having received a university education I always presumed that his writings would be way over my head.

Googling around it is obvious that there is a very wide choice of works to choose from and I wonder which of Newman's books would be a good place to start.

Catholic mum of 10- Thank you for your correction - split is too strong a word. However Newman was a major figure in the Tractarian Movement, a minority greatly resented by the rest of the C of E, and in the Catholic Church he provided leadership for traditionalists faced with the extreme ultramontanist challenge made by Oxford Converts such as Ward, Faber, and Manning. Not for nothing did he always see eye to eye with his very traditionalist bishop, Bishop Ullathorne.

Newman was always a worthy antagonist to those whom he believed to be wrong.

I trust Fr Blake that you will forgive me for posting so much, but I have recently been immersing myself in biographies of Newman, and admire him greatly as a holy ,gifted ,but very human man who had difficulties yet surmounted them. The kindly light led him to those angel faces which he had loved full oft and lost a while.

'since God can do everything, i can believe everything.'

The Newman quote l carry in my wallet.

I don't love this quote neither do l find it inspiring but a series of 'coincidences' led me to carry this 1960s mass card that carries this quote around with me.

I have only had a vague brushing with Newman but his name resurfaces again and again particularly when l go to confession. When l struggle with faith Newman appears.... and not from me.

Thanks Independent ..though I use Newman's writings a lot for my prayers & meditations..all the trad talk goes right over my head!

With the black suite and white tie, he looks like the fashionable "Dandy".