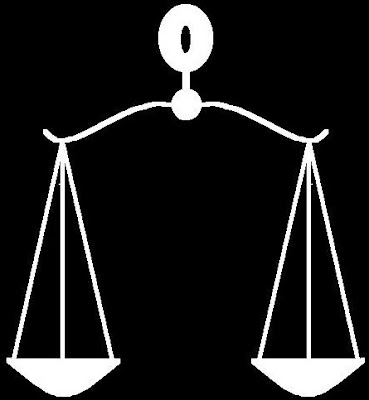 The decision of the Law Lord's yesterday, the decision of the Royal College of Nurses earlier this week presumably means that suicide and euthanasia are on there way in this country.
I am old fashioned enough to think of nurses and doctors having a vocation, a calling to being on the side of life, on alleviating suffering. Now of course we speak of them as being "medical professionals" the term "professional" has the sense of proficiency about it but it has connotations of "doing a job", of a certain ruthless functionalism too.
I have a terrifying image of those to whom we turn to for medical assistance replacing the smell of carbolic with the smell of death.
At the moment the media are concerned with heart tugging hard cases, I actually believe hard cases make good laws, but soon the hard cases will become softer and softer. The Nazi eugenics policy began with hard cases at the beginning of the twentieth century, within thirty years it divided Jews, Gypsies, Slavs and other groups, including homosexuals, from the rest of mankind into those not worthy to live. Of course that followed a period of economic decline, I am sure Germans in 1900 could not have dreamt it would happen in their country. It won't happen here will it? Our politicians are far too responsible.
Assisted suicide and euthanasia cause our medical professional to make a distinction between those who will live and those who will die. What will happen in our current economic climate when financial restrictions are placed on care of the sick? What will happen to the HIV patient whose drugs might well cost of tens of thousands of pounds over their lifetime, what about the elderly person when there are serious financial constraints. What will happen when social services cutback on things that make life tolerable and death is a genuine alternative to care in the community. What will happen when the falling birthrate means an elderly retired person is supported by two or three working adults. Is euthanasia not an easy answer?
And what will happen when there is a climate of euthanasia or assisted suicide in our families and society?
at July 31, 2009

That Barmy Ha'p'orth has certainly got her way,or so it seems at the moment.

The Lawyers are going to work it out.So long as they make absolutely sure that anybody involved in the assistance of suicide does not gain financially.

Well said, Father. It is the thin end of the wedge.

In the Us the Obamination is trying to ram down his version of "health care" to the US. He's lied about what's in the bills left and right. 17 years ago Hitlery clinton tried the same thing and it resulted in a republican take over of both houses of congress.

Now the obaminator is trying to make us pay for abortions, and ration care, and of course the government who has no business running private business wants to decide what tests you get and dictate who lives and who dies. Enough people started reading the bill and bitching to their congress critters for now. They go home for the August recess shortly, where they will get an earful from constituents outside the beltway. I think the only thing the taxpayers will abort is the Obaminator in the next election.

I suggested on my own blog that in a few years time most suicides and assisted suicides would be commonplace and totally legal and the ultimate horror would be that due to overpopulation there would be compulsory euthanasia for anyone over a fixed age who was incapacitated and hence a burden on the state. Brave new world.

Statistic show where a suicide has taken place in family more are likely to follow, the other social groups.

We are helping to pay for abortions in America, and teenage birth control without parental consent too. These laws have been on our books for years. They are "minor" additions to larger bills that the politicians and lobbyists argue over.

This whole thing about health care in America is beyond scary. The only people who stand to lose are the citizens who need insurance. A lot of special interests groups, including those supporting abortion and euthanasia stand to gain millions of dollars if things pass in favor of their private agendas.

I sure hope you are right Gem, about getting someone else in office next election.

Welcome to the Brave New World. The world of total democracy, human rights,happines, rationality, based totally on scientific evidence (and yes, all questions are thereby resolved, including of population ageing). Social serviced, pensions etc for the elderly are cancelled totally. Obviously for the people's own benefit.

The funds spent on various pension schemes may be better spent on your current consumption, life improvement, enterainment etc. Research evidenced that higher income beought about by abrogation of pension schemes makes people 15% happier, improves motivation and self-esteen. It is optimal also for the society: why spend money on retarded people who do not bring any benefit to the society but only consume highly valued resources? It is more rational and humane to spend public funds on people who are expected to return benefit: oh, it is investment into the human capital after all, isn't it? Research did not find any scientific evidence that elderly benefit the society in any way.

But we are promoting human rights, freedoms and democraty to the highest standard. We do not want to offense the elderly. Just leave them as is, they of course continue to have all human rights and responsibilities (including the responsibility to pay taxes, rent etc). No one must hurt, offent or discriminate the elderly, our society highly esteem and value them. We understand that they are very unhappy and suffer a lot due to their poor health condition and have to struggle to survive. Everyone must sympathise with them, understanding that it is everyone's own future. Everyone will strive to improve it in the most humane way, all human subjects have dignity (yes, our society promotes dignity of the human life).

This is why our commercial company offers this invaluable service: after reaching the state-specified age when you are officially recognised as "retarded elderly" you are automatically entitled to a 25% discount to our services: "Leave in dignity." But hurry, this offer may expire very soon.

[footnote on the reverse in very small letters] We have all necessary licenses and permissions. Guarantee: our guarantee covers flowers, decorations and other substituent constituents to the degree commissioned and applied by the current statutory legislation. This guarantee does not filly cover religious services and ceremonies unless performed by state-licensed civil servant. Disclaimer: even though research evidenced that the live incineration service causes significantly less suffering than otherwise expected life continuation, the reverse may be the case in particular cases, therefore we cannot offer any guarantee, implied or expressed. remember, your do your "leave in dignity" at your own risk.

What makes this so frightening is the awareness that the 'dominant anthropology' renders Christian opposition (which arises from a radically different anthropology) more-or-less incomprehensible. We cannot actually construct a fully coherent, self-subsistent, self-evident alternative view that can be appropriated by those with a fundamentally altered view of the meaning of man. So we struggle impotently to warn of consequences at a contingent, sociological level.

It's desperate. All we can do is try very much harder ourselves to repent, and be holy. That's the only way we can have any hope of "fighting" successfully.

Daily Mail columnist Amanda Platell today writes a brave article on this subject probably knowing that many readers will disagree with her.

Under the heading 'Sorry, but her brave victory diminishes us all' Ms Platell whilst 'admiring the way Debbie Purdy has fought for what she believes in' goes on to say that 'I believe that the true legacy of her campaign will be that Britain is set on a very dangerous course that will lead inevitably towards the legalisation of voluntary euthanasia.'

Ms Platell mentions the possibility 'that the old and vulnerable would be pressured by greedy or uncaring relatives towards ending their lives prematurely.'

She adds that 'surely it is part of being human that life is not all about joy and happiness .... the shadows on life's journey are what makes its sunny moments so precious.'

'Coming to terms with a natural death is an essential part of the human experience.... assisted suicide ...reduces dying to a process no more significant or challenging than checking out of a hotel.'

Ms Platell ends her article by saying that she fears that this week's ruling diminishes each and every one of us.

There is often much in the Mail which makes me fume but it is heartening to read Ms Platell's comments today supporting the Christian view of life.

Dying is hard. There's no denying that. In 1997, I watched my dad die of cancer. It was heartbreaking, but it was also one of the most beautiful experiences in my life. There were so many things he said during the 3 short months of his illness, and so many lessons he taught through his trials of it.

There was an opportunity for healing over past wounds, and a gift of life as together, we looked forward to the next phase of his journey.

I was on a different spiritual path back then, struggling to understand the ways of God and man. My dad lived in death, appearing to me in my dreams, making me giggle with memories as I cleaned my house, giving me reason to let go when I needed to cry, and ultimately leading me back to my Catholic faith.

We can't change who we are or who we were created to be by God. We can't short circuit our only purpose in life, to know and love our creator. We can try by hardening our hearts to the truth and passing laws that make it easier to ignore. But in the end, we'll have to answer for it, and I for one don't look forward to the day we do.

Lord, please show us the path to undo so much wickedness, and help us be faithful to your word alone. Amen.

MJ, I'm hoping someone else will be in *before* the next election. forget the alamo, remember Ceaucescu!