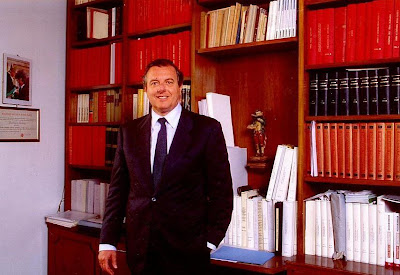 A decade ago the cost of St Jose Maria Escriva's canonisation was estimated to be in the region of $150,000, plus a huge number of man hours preparing the rigorous documentation of the candidates life, writings and miracles every thing has to be checked and rechecked, scrutinised, criticised and defended. In the case of St Jose Maria there were countless interviews and personal reports to be examined. It is specialised work that needs training and expertise.
Someone posted a link to the site of the Dr Ambrosi's Legal Firm on an earlier story, it is an Italian legal firm that specialises in canonisations. Check it out

On October 1, 1971 within The Congregation for the Causes of Saints, Dr. Ambrosi began his then mandatory training in the Office of the General Promoter of Faith, widely known as the “advocatus diaboli”. Here his duties included preparing the animadversions super fama sanctitatis when the Cause was being introduced, super virtutibus during the phase of concession of the title of Venerable as well as the super miris which is the overview of the cause of beatification and canonization. The Promoter at that time, Father Rafael Perez, O.S.A., awarded him his decree of qualification on December 20, 1974.

For the first seven years he worked as a Procurator for the Lawyers Valente and Vitale then from November 22, 1978 and on as an attorney for The Congregation for the Causes of Saints. Before this role and then on after 1992, as a Postulator he has taken into jurisdiction and completed many Causes internationally ...

Has anyone noticed that of the 19 world reknowned cases that Dr Ambrosi is currently promoting only two are from the laity, and one of those was an Emperor! All the others are Bishops, Archbishops, Cardinals and a Pope. Cardinal Newman, considered to be the champion of the laity, must be smiling from heaven.

Alexi, there is a certain sensitivity about that, lets not go there.

A decade ago the cost of St Jose Maria Escriva's canonisation was estimated to be in the region of $150,000.

Ah the dreaded word 'estimated'. By whom and how was the figure arrived at?

It is not surprising that most nominations for sainthood come from religious orders. They are the ones with the numbers to do the work of collecting, reading the documents etc This of course doesn't mean that there are no members of the laity in heaven; they just haven't been officially cannonised.

Sorry I dont see what the big deal is about paying for the enormous research required to ensure someone going to be declared a saint officialy and ensuring that they are above reproach. We live in the real world where time costs and institutions need financial support. I would prefer to have the money spent and all stones turned up to make sure we dont have to un canonize someone.
This is the type of arguments constantly made by the secular media. The saints who have been members of religous organisations are the glory of the church and have totally dedicated their lives to God and in many cases left institutions behind to carry on the good work. I think Judas was concerned because of the money 'wasted' on perfuming Jesus but the lord rebuked him.

Note to self: Wear glasses when surfing the net! lol