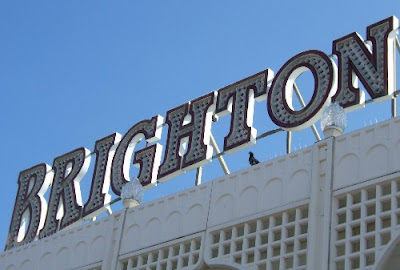 from Christian Today
Brighton and Hove City Council has pulled thousands of pounds worth of funding from a Christian care home because of its religious beliefs on homosexuality.
The council withdrew £13,000 of funding when the care home refused the council’s request to ask the elderly Christian residents about their sexual orientation every three months. The home also refused demands from the council that it use images of homosexuals in its promotional literature and show staff a Stonewall presentation on ‘gay rights’.
The home is run by Pilgrim Homes, a charity serving elderly Christians for more than 200 years. Its residents include former missionaries and a retired church minister.
Phil Wainwright, director of human resources at Pilgrim Homes, said he was told by the council that the home must ask residents if they were lesbian, gay, bisexual, heterosexual or ‘unsure’, even if they objected.
But managers at the care home told the council that meeting its demands would “unduly distress” the residents and go against their Christian ethos. They also informed the council that residents over the age of 80 in particular would regard probing from the council on sexual matters as “hostile and intrusive”.
“There was a strong feeling among people in the home that the questions were inappropriate and intrusive,” said Mr Wainwright. “They felt they had come to Pilgrim Homes because of its Christian ethos and were upset they were not protected from such intrusions.”
The council responded by accusing the home of “institutionalised homophobia” and withdrew the funding, which was being used to pay for warden services in sheltered housing.
Pilgrim Homes said it now plans to take Brighton & Hove Council to court for religious discrimination. The legal bid is being financially supported by The Christian Institute’s Legal Defence Fund.
The Christian Institute’s Mike Judge said: “Brighton Council is displaying a very prejudiced and discriminatory attitude to the religious beliefs held by the elderly residents of the home run by Pilgrim Homes.
“After a lifetime of Christian service, these elderly men and women deserve to live in a restful environment which supports and nurtures their Christian faith.“This case is the latest in a series of troubling incidents where the rights of Christians are seemingly being ignored in favour of ‘gay rights’.”
at January 09, 2009

I'm glad that the home is taking this to law. This is clearly a case where both have in theory a protection against discrimination, but in practice it seems to be 'expected' that gay rights trumps all others. The recent registrar case showed that we have rights too, and hopefully this case will make the point just as strongly. The phrase 'get your tanks off my lawn' springs to mind.

I read this in the Daily Mail last week. To ask such personal questions to ladies in their 80s and 90s was incredible. And why every three months? Would they be likely to have a different answer each time? I know it's Brighton but that is ridiculous.

A form I was once sent regarding council tax had a box to tick - Are you lesbian, homosexual, heterosexual, transexual or other. I'm still trying to think what 'other' can mean!

As the late Holy father John Paul ll pointed out, we are living in a culture at war with our values. I fear the gloves are coming off...

The case of Lilian Ladele isn't all that encouraging.

The local authority that employed her as a Registrar lost at first instance but won on appeal, on the basis that gay rights do indeed trump conscience and religion.

There is no doubt at all that the persecution of christians is gathering momentum. In the US I am infromed that one of the first pieces of legislation that Barak Obama will sign is an Act which will demand that all hospitals provide abortion services with no provision of a conscience clause exempting anyone from providing such services. I believe that some Bishops aim to close their hospitals but others aim to ignore the legislation and to dare the authorities to take them to Court.
I am informed that 30% of all hospitals in the US are Catholic.
Similar legislation was passed here (Australia) in the State of Victoria with the threat that any doctor who refused would be de-registered. I have not heard of any cases as yet where this has happened but the legislation is there!

You don't have to be over eighty to find questions regarding your sexuality intrusive and irrelevant. But what my Grandmother would have said had she been asked! I'd love to have seen that!
I leave all that 'orientation' stuff blank. Gay, straight, pansexually transgendered, it's no-one's business, especially a not a council and their beeping statistics.

Pelerin asks what is 'other'? Perhaps the council are softening the blow for when the 'human-animal cybrids' are of an age when they need to start filling in forms!!!

This is nothing less than BLACKMAIL.Somebody has to be brought to book over this preposterous nonsense.

If more people voted in the local election then we may get some representation,these clowns are elected by minority activists,maybe we should adopt some sort of compulsory voting.

HITLER only got into power with a minority and these people are no better than NAZIS.

A deafening silence from church leaders.
I see the council has been judged the most gay-friendly local authority in England.
Whatever happened to the assurance of gay rights campaigners that they only sought tolerance and acceptance, not marriage and children?
It seems that in today's climate some are more equal than others.

Nick’s comment that the gay lobby are no better than Nazis reminded me of a very interesting article, entitled (a tad provocatively!) The Pink Swastika, on the links between homosexuality and the Nazi Party.

I won’t attempt to summarise it, but I’d like to quote one paragraph from near the end:

“From the early years, leading Nazis openly attacked Christianity. Joseph Goebbels declared that "Christianity has infused our erotic attitudes with dishonesty". It is in this campaign against Judeo- Christian morality that we find the reason for the German people's acceptance of Nazism's most extreme atrocities. Their religious foundations had been systematically eroded over a period of decades by powerful social forces. By the time the Nazis came to power, German culture was spiritually bankrupt. Too often, historians have largely ignored the spiritual element of Nazi history; but if we look closely at Hitler's campaign of extermination of the Jews, it becomes clear that his ostensive racial motive obscures a deeper and more primal hatred of the Jews as the "People of God."

So, in the same way that the liberal eugenicists prepared the way for the gas chambers (whilst acting as they would see it from the best of all possible motives), the moral perversion that is the homosexual impulse found its natural home in the National Socialist movement.

I am mystified - why would such a question be asked of anyone? Sexual orientation isn't the same as one's sex or race - what is the point? Is it against the law to be in the closet? I must be missing something in this story.

Interesting article: and don't let the thought police know where you live - or where I live, come to that, given I've just posted a very un-pc piece on Homosexuals at http://ccfather.blogspot.com/2009/01/on-homosexuals-and-homosexuality.html

Bring on the persecution...The problem is that the issue of homosexuality has changed from moral to legal problem

Dear oh dear... one wonders what one will hear next as the spiritual battle intensifies!

At least the blog world provides folks with a voice of reason (and faith!)

Speaking of which - we like your blog so much we're adding it to our 'links page' tonight!

Here is a link to Abebooks.co.uk for the book *The Pink Swastika*; it is well worth the reading:

Look, I opoose Brighton Council's idiotic pc zealotry as much as anyone but that's no reason for people to start posting links to pseudo-historical, bigoted and prurient rubbish like the Pink Swastika.
Many leaders in the Nazi Party came from Christian backgrounds. What, if anything do we make of that?

Begs the simple question why has some kind of 'politically correctly motivated twit' been employed at local taxpayer's expense to run the council's finances? What are this person's qualifications let alone motivations for these questions to pensioners?? Sensible allocation of funds to worthy projects or targeting funds for liberal social engineering agendas?

The Home is right to take this to court as patently this is a case of 'reverse discrimination'. As Peter Stane says 'gay rights now trump everything else', including simple plain old English common sense.

To question these pensioners about their sexuality is the grossest violation of their human dignity. That such vile and vulgar questions even come up on a council questionnaire shows how the system has now so completely lost touch with reality and peoples 'real needs' that it's no wonder this Country is floundering. 'Back to Basics' should be our focus - let's pack some desperately needed morality and decency back into 'this green and pleasant land'.

We will keep Pilgrim Homes in our prayers.

What a disgraceful request; absolutely absurd, but in this day and age, sadly far too predictable. Another sad event in the deconstruction of our society. Letters to both the Care Home and the pathetic excuse of a Council to follow tomorrow morning.

This type of thing is happening all over the world. There is an assumption that homosexual sex is a good alternative life style, when it is not a good life style at all.

It is good that you are bringing this madness to our attention. I write about these issues on my own blog regularly.

Great post. I agree that the attacks on Christianity and religion are intensifying and increasing. I am not sure where this road will lead, but I know which side of it I want to be found on.

It's important for people of all faiths who support family values to stick together and support each other. The days of belittling the faith of your brother is over. We need all of our brothers and sisters to work together on what common ground we do have.

I agree. It's a bit like two kids arguing over who gets to turn the fire hose on while the house burns down.

If people don't stick together and fight for decency and good moral family values then our society will be lost.

The council want the home to be open to the gay and lesbian community. As it is open to sinners saved by grace surely it is open to all including gay and lesbian men and woman. However there is a barrier to entrance and that is the receipt of salvation. I assume the council do not believe or understand such things and so they have tripped on the stumbling block of sexuality.