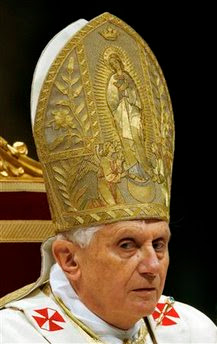 (Zenit.org).- Benedict XVI is inviting the world to combat poverty that offends human dignity with sobriety and solidarity, fruit of the evangelical poverty chosen by Jesus.

The Pope made this distinction between poverty that offends God and the poverty chosen by God during his homily today at a Mass in St. Peter's Basilica for the feast of Mary, Mother of God, and World Peace Day.

His homily was dedicated to his message for the world day, which focused on combating poverty as a means to achieving peace.

The Holy Father noted the distinction between evangelical poverty and the poverty "that God doesn't want," making an invitation to fight the latter with the former.

The Pontiff explained that in becoming man, Jesus wanted to be poor: "The birth of Jesus in Bethlehem reveals to us that God chose poverty for himself in his coming to be among us. Love for us has moved Jesus not only to become man, but to become poor." 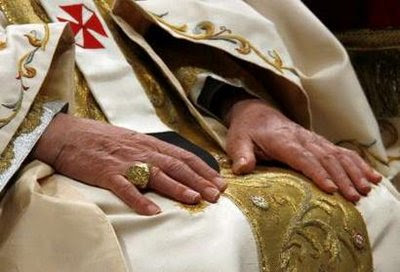 Nevertheless, he continued, there is "a poverty, an indigence, that God does not want and that must be fought."

This, the Bishop of Rome said, is "a poverty that impedes people and families from living according to their dignity, a poverty that offends justice and equality, and as such, threatens peaceful coexistence."

He affirmed that such poverty is not just material, but also includes the forms of poverty found in rich and developed nations: phenomena such as marginalization and relational, moral and spiritual misery.

Benedict XVI said this poverty is reflected in things such as pandemic infirmity, the poverty of children and the food crisis. And the solution, he said, requires nations to "maintain a high level of solidarity." 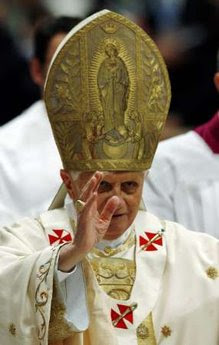 The Pope specifically denounced the arms race, which he defined as "unacceptable" and "against human rights."

He went on to suggest that the current economic crisis implies a test: "Are we prepared to read it, in its complexity, as a challenge for the future, and not just an emergency to give short-term answers? Are we ready to do together a deep review of the dominant model of development, to correct it in a systematic and long-term way?"

"This is demanded, in reality, beyond the immediate financial difficulties, by the ecological state of health of the planet and, above all, the moral and cultural crisis, whose symptoms have been evident for some time now all over the world," the Holy Father continued.

He thus made a call for a "virtuous circle" between the poverty "to be chosen" and the poverty "to be fought," such that "to combat iniquitous poverty, which oppresses so many man and women and threatens everyone's peace, it is necessary to rediscover sobriety and solidarity, as evangelical values that are at the same time universal." 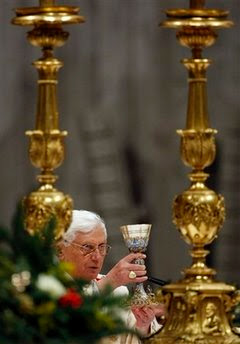 "Misery cannot be efficaciously fought, if there is no attempt to 'make equality,' reducing the unevenness between those who waste the superfluous, and those who don't even have the necessary," the Pontiff said.

He affirmed: "The poverty of the birth of Christ in Bethlehem, besides an object of adoration for Christians, is also a school of life for man. It teaches us that to combat misery, both material and spiritual, the path to take is that of solidarity, which has moved Jesus to share our human condition."

Christ brings a "peaceful revolution," Benedict XVI affirmed, "not ideological, but spiritual, not utopian, but real, and because of this, requiring infinite patience, perhaps a very long time, avoiding every break and taking the most difficult path: the path of consciences maturing in responsibility." 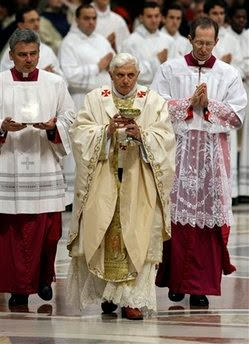 I was fortunate to be in St Peter's for this Mass (and Vespers the previous evening), very near the altar. It was a wonderful Mass and while I don't speak Italian, I could follow this superb sermon. As ever, the Holy Father spoke gently, yet powerfully and truthfully.