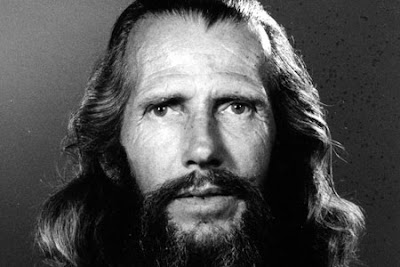 On September 5 1979 the body of John Bradburne was found on the side of a road in war-torn Rhodesia. He had been kidnapped four days previously and shot by guerillas. This eccentric Englishman's wish to die a martyr had been fulfilled. So who was this extraordinary man who is now being considered for sainthood?

Born in 1921 in a small Cumbrian village, John Randal Bradburne was the son of an Anglican minister. A public school education prepared him for the Indian Army, which he joined as war broke out in 1939. As an officer in the Gurkhas he had more than his fair share of adventure, including living rough for several weeks in the Malayan jungle with another officer, being shipwrecked en-route to Sumatra and being transported aboard a British destroyer suffering from malaria and heat stroke.

John eventually rejoined his regiment before serving with the Chindits, run by Major General Orde Wingate. After a stint in Burma where he was plagued with bouts of malaria, he eventually returned to England and civvy life. There was a restlessness in him. He was being drawn to God and felt there was something he should be doing - he just didn't know what it was. For a brief time he worked for the Forestry Commission before deciding to enter a monastery. It was while living among the Benedictines that he converted to Catholicism.
But still the restless feeling persisted so once again John was on the move. His time teaching at a Devon prep school was short as he fell in love - something he hadn't expected or sought - so promptly left. A brief spell working on a fishing boat followed before trying once again to be a monk, this time for the Carthusian order.
read more here
at January 03, 2009

All three titles work, Father!
Thank you again for your delightful hospitality.

I have a great devotion for John Randal Bradburne whose cause for beatification has been opened. Must do a post myself..thanks for this one. I link to the John Bradburne Memorial Society.

I read about him recently...a true inspiration. Wonder how he would have gotten on with Brighton and Hove City Council!