Lest we forget: Today is Holocaust Memorial Day 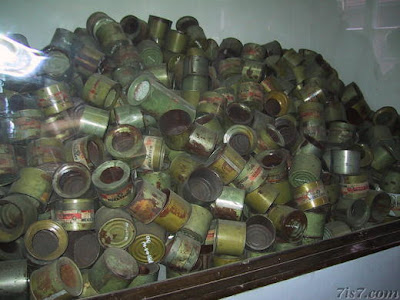 
The words of Pope Benedict at Auschwitz:


"The rulers of the Third Reich," he said in a paragraph that deserves to be read at least a thousand times, "wanted to crush the entire Jewish people, to cancel it from the register of the peoples of the earth. … Deep down, those vicious criminals, by wiping out this people, wanted to kill the God who called Abraham, who spoke on Sinai and laid down principles to serve as a guide for mankind, principles that are eternally valid. If this people, by its very existence, was a witness to the God who spoke to humanity and took us to himself, then that God finally had to die and power had to belong to man alone — to those men, who thought that by force they had made themselves masters of the world. By destroying Israel, by the Shoah, they ultimately wanted to tear up the taproot of the Christian faith and to replace it with a faith of their own invention: faith in the rule of man, the rule of the powerful."

And Kaddesh for those who died:

Dear Fr Ray: many, many thanks for this. It should be compulsory viewing for Bishops!

This is a true and cautionary story:

There was a German Catholic boy named Rudolf whose father wanted him to become a priest.

When he was in his teens Rudolf turned away from his faith, after an episode in which, he said, his own priest broke the Seal of the Confessional by telling his parents about an event at school which young Rudolf had described during confession.

He joined the Nazi Party and became an officer in the SS.

Rudolf Höss was sentenced to death on 2 April, 1947, and executed on 16 April, for the crimes he had committed as Commandant of Auschwitz.

I have not read your original post but who better to remember today than Edith Stein, Maximillian Kolbe, and countless others who suffered for the faith, n0t to mention the millions of those innocent people whetherb jews,christioans gays gypsies who wre despised by hitler

Please read the life of Edith Stein, it says so much.

Thank you for this post, Father. In the 70s I majored in European history at the University of California. Modern history (from about the Tudor reign onward) was my speciality. Since age 11 or so, when I first read Anne Frank's diary and then afterward, I read all I could about the war, the persecution and extermination camps. Finally, after I graduated, a best friend from college along with her elder sister and I travelled Europe on a Grand Tour. One place I insisted on seeing was Dachau near Munich. I'd always seen the war, subconciously at least, in black and white. When we travelled there, it was the most beautiful day you could imagine. And what bothered me in an unexpected way WAS the beautiful surroundings that all this ugliness and death took place in. It was a shock to see the "Arbeit macht frei" signs with one's own eyes, and to see the ovens, etc. No matter how often one has seen photos, nothing brings it home, to someone born after the war like that. I'd enjoyed my trip to Munich, but I have to say, even before the visit, I'd see Germans of a certain age and wonder "Did this fellow 'sieg heil' like all the rest?" "Did that one over there ever denounce a neighbor?" Etc. No, many Germans were trapped by the system too. But then I knew for sure if it could happen THERE it could happen anywhere, and that was the most frightening thing of all.

'Egyptian Cleric Amin Al-Ansari Justifies the Holocaust, Airs Footage, and Declares: "This Is What We Hope Will Happen But, Allah Willing, at the Hand of the Muslims' (Broadcast: January 26, 2009)

Thank you Fr Blake. Please would you pray for my wife's cousins Karl Werner and Susannah who were gassed at Auschwitz, and my father-in-law Fritz, killed at Riga.

Never again, it could happen here. All Christians should be grateful for the Council and the last two Popes in their very definite condemnation of anti-semitism.