How Times Have Changed 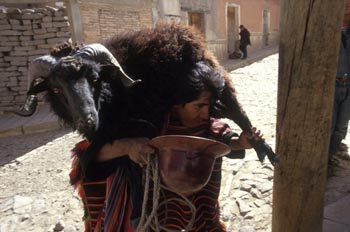 We should not miss the irony of the rehabilitation of the SSPX on the eve of the 50th Anniversary of the Convocation of the Council. The wit of Pope Benedict?


I can't help but think that Pope Benedict is giving a sign of Vatican II at its very best. Like the Good Shepherd, without judging the cost to himself and his reputation he goes in search of the lost sheep. He carries them on his shoulder, making it easy for them to return to the True Fold. He calms their kicking, their struggle. He is willing to endure being gored by their horns. He willingly endures the scorn of onlookers who regard these estranged sheep as the carriers of disease, as not of the Flock, as morally tainted.


The irony is that before the Declaration on Religious Liberty a Pope would have handed the whole affair over to the Inquisition. The leaders of the SSPX would have been excommunicated, if that didn't work their excommunication would have been followed by that of their priests and finally of the laity who supported them. The Secretariate of State would have demanded States to coerce conformity, because "error has no rights", this coersion could rightly take on the most extreme form.
In the meantime the Pope would have waited for the return of dissidents on their knees.
What would Pius XI have done?
at January 26, 2009

I trust your judgement, Father, but I do hope the picture is an icon for rescue rather than a preparation for sacrifice!

The question is whether Pius XI would have done anything in the first place to precipitate something like the fall-out of an ecumenical council and a reaction like the SSPX?

An interesting interview with Bishop Fellay on Rorate Caeli, which debunks the myths about religious liberty before Vatican II.

I must say I'm not at all sure about any of this. My reading of the Pope's distinctly odd way of commemorating (not exactly "celebrating") fifty years of Vatican II is rather that he seems to be taking the view that if it still hasn't caught on after fifty years (and in other words if the trads still haven't rolled over and died) then it probably never will (and they'll probably go on and on).

The SSPX have not been either heretical or schismatic, so it's difficult to see why the Inquisition should have taken any more interest in them than the CDF has done in our own time. The Inquisition, I feel, would in fact have done far more more to rehabilitate the SSPX than the Ecclesia Dei Commission ever did. Fr. Feeney indeed, whose problems with the Church were doctrinal in nature, was treated far more leniently than Lefebvre ever was.

We could of course go even further back, but I don't think anyone seriously wants to compare the state of the Church today to the Church as it was in Savonarola's day.

Alfheah,
Actually it is only in this Pontificate we have airbrushed the term schism and the SSPX, and moved to "schismatic act", or "act tending to schism".
The Inquisition tended to deal not just with heresy but with anything that tended to disunity or a breach of communion or even insults to the Sovereign Pontiff.
My point was that the generosity with which the Pope has dealt with the SSPX is the fruit of the liberalism of VII.

Father, "error" still "has no God-given rights." Yet the new emphasis on "tolerance of error" after Vatican II may only allow SSPX bishops, priests, religious and laity to remain in error longer? The medicine of mercy needs more balance.