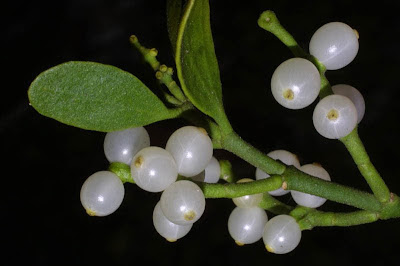 One of my favourite Christmas Traditions occurred at York Minster, obviously before the Reformation. A great bower of mistletoe was hung above the High Altar and a general pardon for crimes was offered for all who would confess them, it remained in force throughout that city for as long as it remained there.

It was there before the Altar and this bower that enemies would be reconciled, kiss and embrace to honour of the birth of the Saviour. The kissing bower was not about a preamble to an office flirtation but a sign of fraternal reconcilliation.

And Christmas time it was seen as a good kingly thing to do, to release prisoners and slaves, others would relinquish debts, and seek to be reconciled, all this lasted from the Conversion of England by St Augustine but was swept away by the Protestant Reformers.

Christmas tree, in many places were seen as the Tree of Life, originally erected out doors and hung with apples, which were sometimes gilded, eventually the fruit was replaced with glass balls.
at December 24, 2007

Thank you Father - I never knew this.

A blessed Christmas to you!

Thank you from me too. I never knew this either.

Merry Christmas to you too Father. I didn't know that about the mistletoe either. And here I've been wearing it on a hat! ]

I don't know if it is the custom in the UK but in the US around this time of year there is a tradition of presidential pardon - i.e. the executive may spring some people. Sometimes in the case, for instance of Clinton, some people who had no business being pardoned were, but usually it's to the deserving. Does Queen Elizabeth do this at Christmastime?

No Karen, the Queen doesn't have that sought of power. "Pardons" hear are always part of a judicial process.