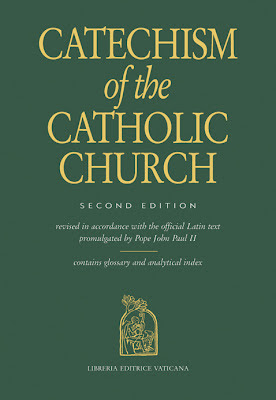 Our Catholic Secondary School, Cardinal Newman, is looking for a new head teacher about this time, I haven't actually seen any advertisement for the job, say a prayer we get the right person, someone who is actually committed to the Catholic faith in all its beauty and fullness. Whoever is appointed, I hope will realise that he or she is responsible for the salvation of thousands of young people. Possibly giving them the only education in the Catholic Fatih they are likely to recieve.
Our school, the only Catholic Secondary in Brighton is one of the largest in the country. I was so saddened to hear on one of the few Holy Days of Obligation that still occur during the week, in the last academic year, there were scarcely more than half a dozen people out of approximately 2,000 staff and students who came to Mass.
In contrast, I was very impressed by this advert I found here for a chaplain in at a Catholic College in Wyoming:

The chaplain will, of course, be orthodox in faith and morals, above reproach, and in good canonical standing with ecclesiastical authorities. He must also understand and agree with the distinctive vision and mission of Wyoming Catholic College as articulated in the Philosophical Vision Statement,the Catalog, and other printed materials (available upon request). The chaplain should be academically oriented in his interests, energetic in engaging the college students, capable of preaching to the students and responding to their needs, and comfortable with offering spiritual direction. Ideally the priest should be enthusiastic about outdoor activities and, if possible, take part in them from time to time. As a college striving to be authentically Catholic, WCC places at the center of its daily life the worthy celebration of the Mass,drawing extensively upon the Church’s rich Tradition. The liturgy and other devotions are celebrated in a manner that stresses continuity with that Tradition, as Pope Benedict has repeatedly urged the Church to do. Such treasures as the Latin language and Gregorian chant are held in utmost
respect."

I went to a meeting with the lay chaplain, of a "Catholic" institution recently about a future mission, which he wanted me to support and to contributing to the cost. I was really horrified by the lack of Catholicism in this persons thinking, "Prayer and Praise" experiences seemed to be preferred to the celebration of Holy Mass, a service led by an evangelical Protestant minster seemed as acceptable as one led by a priest, indeed he seemed to prefer the absence of a priest. There was no mention of Marian devotions, when the issue was raised. Apparently there had been a suggestion that there should be Eucharistic adoration but it certainly didn't seem to be a priority for this particular individual, and something that he would prefer did not take place.
His understanding and love of Catholicism seemed minimal. Someone else at the meeting suggested that he regarded the Catholicism, not as the fullness of the Christian faith but as something with a whole lot of other, unnecessary things, bolted on. When one strips it of what he might consider to be "bolted on", one is left with a Catholicism that is substance, mere Protestantism. And the man expects me to support and fund this!
at December 14, 2007

Of course, "lay chaplain" is a contradiction in terms. It's not surprising that someone who would hold such a position would have little commitment to the catholic faith. Let's pray for him and for his institution, but let's support someone else's mission.

Simon,
There was a Vatican, out sometime ago, wich forbade the use of the term applied to anyone who wasn't a priest, can anyone quote it for me.

Dear Fr. Blake,
The document you are looking for has a very long title.
It is:-
On certain questions regarding the collaboration of the non-ordained faithful in the Ministry of Priest.
You will find the text at:
http://www.vatican.va/roman_curia/pontifical_councils/laity/documents/rc_con_interdic_doc_15081997_en.html

It has always amazed me that anyone other than a priest could ever be thought of as a Chaplain.
The first time I came across it was in a Catholic school where a nun was described as the Chaplain.
My understanding of the role of chaplain is the it must be a priest and cannot be anyone else.
His role is to oversee the whole state of Catholicism within the community of which he is the chaplain. This must include saying Mass and hearing Confession. Without those essentials the role of chaplain means nothing other than a counsellor who listens to problems and tries to sort them out without any recourse to religion and its practice.
I do know at least one such "chaplain", an ex Christian Brother. But what good is he? I even told him that I could see no point to his existence except to give him a cushy non-teaching job without the need to have a syllabus to teach and goals to meet.
Of course, those who advertise these positions as "chaplain" have no idea that it is a religious post and they take their understanding from the ambience around them which is totally secular.
Your so-called Catholic Chaplain has no more idea of the role of chaplin than those who appointed him.

It's "On certain questions regarding the collaboration of the non-ordained faithful in the sacred ministry of priests", jointly issued no less than ten years ago by an impressivly large number of Vatican authorities including the then Cardinal Ratzinger. The pertinent part is:

It is unlawful for the non-ordained faithful to assume titles such as "pastor", "chaplain", "coordinator", " moderator" or other such similar titles which can confuse their role and that of the Pastor, who is always a Bishop or Priest.

I'm afraid that many of the provisions of this document, which seems pretty clear to me, have been ignored in many places.

Well done and many thanks!
This was of course the document Cardinal Hume said did not apply in England and Wales!

In my experience many so-called 'lay chaplains' are screwed up. Some are disappointed seminarians, or ex-nuns, or nuns 'living out of community', or the products of Strawberry Hill or supposedly Catholic teacher-training colleges, or perky laymen and women with chips on their shoulders, or women longing to be ordained. What characterizes most is a strongly developed sense of competition with the clergy. For them, priests are bad news and the Holy Father might well not exist. Their hero is usually Hans Kung.

Add Catholic College of Wyoming to the list of acceptable places for my daughter and my money to go.

A diocese I know, now heavily in debt, employed lay chaplains at the university.

It was utterly futile, made even more ridiculous by the fact that the university had a dedicated priest anyway.

I recall lavish, unpaid for parties at said chaplaincy and little did we know that much of the budget was the result of financial malfeasance within the diocese.

I have no idea if they employ chaplains today but our own local "catholic" college has a Mass attendance of about half a dozen, a dedicated chaplain now actively seeking an assistant!

Who is paying for all this?

When are we going to "pull the plug" on these institutions?

Is "pulling the plug", the answer?

"This was the document Cardinal Hume said did not apply in England and Wales."

On what grounds did Basil Hume believe it not to apply to England & Wales? I don't understand.

'In my experience many so-called 'lay chaplains' are screwed up....'

My experience too, alas.

Really interested to lean that unless someone is a Priest they (for we are talking he/she,)should not be called a chaplian.

These people 'take on' sometimes in a way that Priests never do, which added to my upbringing which defers automatically to people in authority in the Church has caused me serious problems. That's aside from when they do things that are clearly not part of Church teaching.

Another ghost laid to rest by the blogosphere. Thank you.

I notice that there is information about the vacancy for a head teacher at Cardinal Newman on the school's website. Shortlisting was scheduled for yesterday and interviews will be in mid January.

It is not my experience that university lay chaplains are "screwed up". The ones I encountered (3 in all) seemed quite stable as people. My issue is that their remit is unclear. In addition, most have no formal qualification in the faith. Their very decency as people can often be counterproductive especially if they hold heterodox views.

OMG! I just can't believe what I read! 'lay-chaplains..screwed up?' In my years of youthwork I've definitely came across bad school chaplains but I do think they're a great idea! the problem is that there are not enough fully-commited catholics that have experienced the fullness of life and therefore cannot communicate it! it's the same with priests....some of them know loads but are unable to communicate Christ!