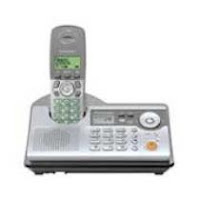 The Chaplain of the hospital has just had an operation on his leg and can't get around the miles of corridors in the hospital, now another of the parish in the Brighton deanery has started leaving his answerphone on outside of office hours, which for some clergy seem to be between 9 & 12 in the morning. I am a bit selfish, in that I do not put mine on if I am going to be back in a few hours, partly because one or two of my parishioners will ring twenty or thirty times a day if they cannot get hold of me. Today is my day off and someone had come down to see me on a two hour train journey, for spiritual diorection, after twenty minutes the phone rang and a nun asked if I could go to the hospital.
In the last five days I have had at least one sick call a day from a neighbouring parish, I don't mind, it is what being a priest is about. What I do resent is knowing that a neighbouring priest just keeps office hours, or is in the presbytery or at least should be and being told by the hospital that they have tried ringing the number but the answer phone is on. This has happened even at night, I mean past midnight, sometimes we have to be out, even so late, but it seems to happen far too often to be with some clergy, that one is forced to think that they either are forever out visiting until incredibly late or have a frenetic social life, more likely they put the phone on for a quiet night.
I can understand if someone is ill or very old, the last thing you want is a broken night.
I think however, it is a matter of theology. I think that Sacrament of the Annointing, and if possible Viaticum (last communion), the Apostolic Indulgence are quite important for someone who is dying. I would want these sacraments, and it is reasonable for every Catholic to want them at the hour of death. Even non-sacramental actions, like the prayers for the departed after death are important, I want those too. I know that, we as Catholics believe that God desires that all are saved but we should also believe that salvation comes through the sacraments that place us in communion with Christ, there reception and therefore the availablity of the priest are important, the shortage of priests means tht we are in demand more than ever.

Of course if one believes that there is no Judgement, no possibility of Damnation, no Hell, then there is no need for me to get up in the middle of the night, one can leave the answerphone on and indeed if necessary someone caring for the sick could place the receiver near the ear of the dying and after they have listened to the times of Mass and heard Father thanking them for calling, they could take comfort from his final recorded, "God Bless".
at June 18, 2007

A priest who visits this blog twice drove thirty miles from his parish to sit with a dying relative of mine until the small hours. She made an amazing death as a direct consequence; without him she would have died miserable and unreconciled. Both he and you are in my prayers.

Yes, God bless you Father. I certainly pray that you will be there when I am dying. I know very well what a lot you do for your parishioners and, it seems, for those of other parishes, too.

I wonder what some priests believe the priesthood is all about? I was up at 1.15 this morning to shrive and anoint two dying catholics in hospital. You mention the Apostolic Blessing with its indulgence, I doubt if one priest in ten even knows the formula, let alone regularly uses it. (One of the English language formulas is a bit wishywashy and I don't use it, but it is there for the touchy-feely brigade if they only stirred themselves to use it.)
The worst ansaphones are the ones that start by telling you the parish 'office hours' when the Parish Administrator is available, go on to list the times of masses, give instructions about baptism and marriage preparation and then after several minutes say that a priest is not currently available but please leave a message.

It's a sad indictment of the Church in this country if priests are not making themselves available to provide the pastoral work we need so much.

Thank God for priests like yourself and Fr Anonymous. I suspect there are probably a number of Frs Anon. out there, quietly getting on with God's work while their brethren record messages for answering machines - or are too busy attening J and P meetings.

Perhaps the unfortunate thinking of some priests that the priesthood is a 9-5 job could be addressed pastorily by the bishop. The behaviour you have described on the part of some priests speaks to me of bad seminary formation and not enough time spent on reading orthodox literature and on their knees in front of the Blessed Sacrament.