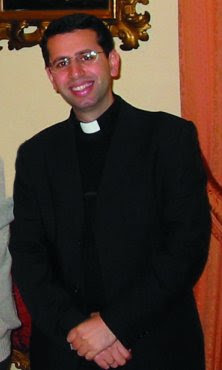 Thank you for posting this very sad news. I along with a number of Chaldeans have been trying to highlight the plight of all Christians in Iraq even before the Martyrdom of the “4 heroes” in Mosul last Sunday. I ask all of those who read this to pray for all persecuted people in the world and to remember not to take their faith or indeed not take going to Mass for granted because as someone who lived and worshiped in Chaldean and indeed Latin rite Churches in Iraq you never know when the day comes and evil people stop you from Receiving Jesus in the Sacrament of Holy Communion.

Please father Blake highlight the plight of Christians of Iraq whenever you can we are under severe assault. For example in certain parts of Baghdad we are either forced to convert to Islam, pay a an expensive form of tax, leave our homes, be murdered or even most recently have to give one of our daughters in marriage (forcibly if necessary) to a Muslim man in that area in order to save the rest of the family. All the while political leaders in Iraq and President Bush and Prime Minster Blair turn a blind eye.

I have nothing against Muslim people whatsoever indeed in the UK I have 2 great friends who are Muslim who would never ever hurt even a fly but sadly in the absence of law and order in Iraq some extremist having spent the last four years killing other Muslim people as well as anyone trying to build a new country are now turning their attention to Christians who unlike other groups in Iraq have no armed militias to protect them and as Christians we do not want that anyway we just want to live in peace!
See Chiesa
at June 08, 2007