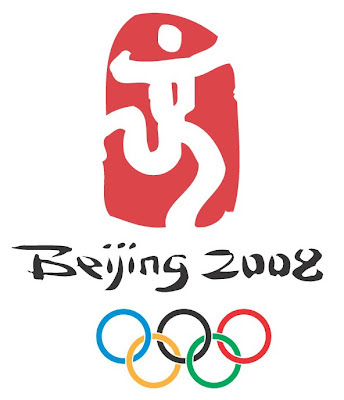 (Zenit.org ).- The sanctuary of Our Lady of Mount Carmel will be dynamited following a government decision that the pilgrimage site is a place of illegal religious activity.The Henan Province government will prevent the annual July 16 pilgrimage, which normally draws 40,000 pilgrims for the feast of Our Lady of Mount Carmel, AsiaNews reported.The shrine was built in 1903 by a priest from the Pontifical Institute for Foreign Missions, Monsignor Stefano Scarsella, then apostolic vicar to northern Henan. The shrine was meant to thank the Blessed Virgin for preserving Christians from the dangers of the Boxer Rebellion. The sanctuary lies in Tianjiajing, in the Diocese of Anyang, in a scenic, mountainous area that some speculate will be used for a commercial or government building. The provincial government has mobilized 700 soldiers for military exercises in the area since May 12, when the planned destruction was announced. Roads leading to the shrine are closed and pedestrians who go near the area are searched. The faithful of the Diocese of Anyang, appealing through AsiaNews, said: "We ask all our brothers and sisters in the Lord to pray for us and spread our message to all the faithful of the world."

It is only next year that the Olympics take place in Beijing - should Catholics take part, or should we put pressure on sponsors to withdraw.

In future when there is story of persection, torture or murder of Christians in China I shall used the Beijing Olympic symbol.

When the Bolsheviks dynamite Our Lady's statue, I hope she lands on them from a great height.

Speaking of Bolsheviks, take a look at the following reports by Christian Solidarity Worldwide and Freedom House on North Korea - the best case I've ever seen for a war of regime change if there ever was one:

That is a good sign, they must be really jumpy if they are scared of a statue. So much for Marxists not being superstitious.

Anyway, Catholics should be doing better things than taking part in competitive sport in a serious way. To do well at Olympics level means that people are choosing to lead seriously unbalanced lives. When the competitors are youngsters, the intense training is a form of abuse, mostly for the gratification of parents and coaches.

The notion came from Social Darwinism, a late 19th century idea that gave us, amongst other things, the Olympics, two world wars, National Socialism and eugenics, to name but a few. It is no accident that inmates of countries with totalitarian regimes do best in these things. Blair loves it because it is in the bread-and-circuses tradition and keeps serious subjects out of the newpapers.

I suspect you make a strong point, Henry; but then I'm prejudiced, being temperamentally averse to sport of any description. I live in fear of being asked by some colleague or relative to a match or a round of golf. The Victorians made a big thing of sport for honourable reasons, I think - it served as a "gymnasium" for the Stoic virtues they so admired; honourable, but not obviously connected to Christianity. The modern cult of sport is definitely anti-Christian: a distilled essence of crass materialism and body-worship.

"The winner's shout, the loser's curse
Shall dance before dead England's hearse"

I would think obsessing on gardening or computers, or collecting stamps could lead to a distorted view too.

Apparently neither of you have seen US athletes thanking God all over the place when the win something!

And Henry, as regards your assertion that "totalitarian states do best at these things" you're flat out wrong. Read it and weep:

Just because a person is a top athlete, doesn't mean he or she automatically leads an unbalanced life devoid of the Almighty.

One may as well claim his umbrella is a magic talisman for keeping away space aliens...the "proof" being is that there is never a space alien around when one carries it.

All of this Web hysteria can be traced back to a single article in a news web site AsiaNews, run by the Pontifical Institute of Foreign Missions in Rome (www.asianews.it/index.php?l=en&art=9625&size=A). I can't find this story, the shrine or even the Msgr. Stefano Scarsella mentioned anywhere on the Web that does not cite or quote this very article. Also, three years ago, the shrine was not even listed by the same AsiaNews in their list of China's Marian shrines (www.asianews.it/view.php?l=en&art=871). So you might legitimately ask if the place even exists.

Anonymous,
You sound like a civil servant to me, however the shrine is certainly listed in the Pontifical Directory, though Asia News is indeed run by people from the Pont. Inst. it is hardly an official organ.
There has been increased oppression of the Church in China especially in Hebei.
As far as a boycott is concerned that must be a matter for any Catholic's own conscience but the Chinese government must be made aware that their oppressive actions of religious people is an important issue for many in Europe and in the USA.

And even if it is only in a single source it doesn't necessarily mean it isn't the truth, given the Chinese authorities' control of the media!

OK not all the high ranking countries are totalitarian though on the other hand I am not so sure. Funny Sweden is high up but it is a bit Soviet and there is a bit of an unhealthy interest in sport here. Norway came high in the winter sports in that list but I expect that is because they have to use skis to get about in the winter.