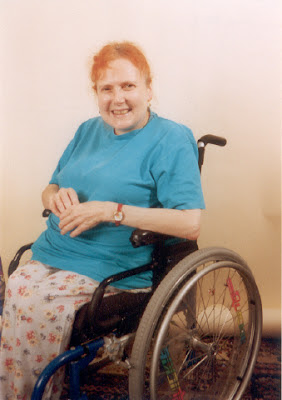 (LifeSiteNews.com) - The Royal College of Obstetricians and Gynaecologists (RCOG) London, today refused to let wheelchair-user Alison Davis present a petition on the infanticide of disabled babies. Officials told Ms. Davis, leader of the No Less Human disability rights group, that she could not come in because she would need someone to push her wheelchair, and the RCOG would only let one person into its London headquarters.
Alison Davis, who has spina bifida, said: “It would be comical if it weren't also tragic that the RCOG, which has asked for a debate on the killing of babies with disabilities such as spina bifida, won't let me, a disabled person, hand over our petition which has some 28,000 signatures. Neither I nor my career is a threat to anyone.”
No Less Human has decided that, because of the RCOG's refusal to admit Ms. Davis, the petition will not be presented today. The group is determined that Ms. Davis should nevertheless present the petition to the RCOG in person.
John Smeaton, head of the Society for the Protection of Unborn Children, of which No Less Human is a part, said: “The RCOG is a body which should have respect for women whom they are supposed to serve and it is particularly disgraceful that they have refused entry to a disabled person. This is discrimination against disabled people who wanted to protest against proposals that disabled people should be killed.”
In a submission to the Nuffield Council on Bioethics, the RCOG called for people to “think more radically about non-resuscitation, withdrawal of treatment decisions, the best interests test and active euthanasia.”
The petition presented by Ms. Davis is in response to comments made by the RCOG last November that urged a public debate on infanticide. The Sunday Times reports that RCOG openly supported “active euthanasia” of infants. “A very disabled child can mean a disabled family,” the Times quoted the college as saying. “If life-shortening and deliberate interventions to kill infants were available, they might have an impact on obstetric decision-making, even preventing some late abortions, as some parents would be more confident about continuing a pregnancy and taking a risk on outcome.”
The petition is addressed to Sir Allan Templeton, RCOG president. It invokes the UN Universal Declaration of Human Rights which upholds the right to life of all members of the human family, including newborn babies and disabled people.
To contact RCOG and respectfully voice concerns:
Professor Allan Templeton, President Royal College of Obstetricians and Gynaecologists 27 Sussex Place, Regent's Park, London, NW1 4RG United KingdomEmail: allan.templeton@abdn.ac.ukPhone: +44 (0)20 7772 6228
at June 14, 2007

Ha! I am not surprised they wouldn't let her in. It figures.
I have been told by two obs that I should not have babies because I use a wheelchair.
I had some complications after the birth of my 6th child and had to return to the hospt. The doc who saw me was irritated and rude to me because I had a wheelchair.
I have never faced such obvious discourtesy and discrimination because I use a chair anywhere else.