Pope: search for God’s love in the history of the Church 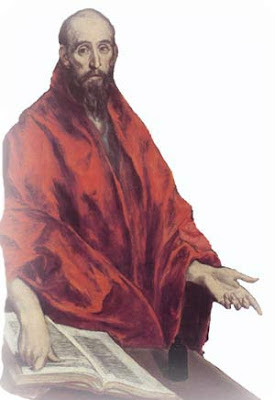 In his general audience Benedict XVI illustrates the figure of Eusebius of Caesarea, the first Church historian, underlining that he “invites us all to marvel, to contemplate the story of Gods great work for salvation and to convert to life”, in order to “leave a transparent trace of God’s love”.
Vatican City (AsiaNews) – What is our reaction to Church events: “one of curiosity, perhaps an impulse to search for the sensational the scandal at all costs” or maybe “one of love, open to the mystery”, an impulse to “search for God’s great work of salvation for mankind”. This was the question that Benedict XVI today put to the 30 thousand pilgrims present in St Peter’s square for the general audience.
The source of the Pope’s reflection was Eusebius of Caesarea, “tireless scholar and author from the IV century”, as he continued his catechesis on the writers of the early Church.
In the “fundamental distinction between the first three centuries and those that followed the Nicean Council of 325”, Eusebius emerges “almost at its close”. Bishop of Caesarea and a great admirer of Constantine who returned the favour, today he is above all remembered as the first Church historian, but he was also a great philologist of the ancient Church. Eusebius attended the Nicean Council and subscribed its teaching on the Son’s divinity and consubstantiality with the Father, as is expressed in the “Credo we recite every Sunday”.
Benedict XVI defined Eusebius, who died circa 370, as a “tireless scholar”, who gathered together three centuries of Christianity, lived under persecution, drawing on Christian and Pagan sources preserved in the great library of his city. His fame is directly linked to the 10 books he wrote on ecclesial history, fundamental due to the sources in which they are grounded, “which saved the events, stories and works of the ancient Church from oblivion”. At the beginning of the first book in his historic series he lists the arguments examining the times that have passed from the Our Lord, through Apostolic Succession, “backbone of the Church”, the spreading of the Word, the errors, the persecutions and the “great witness of light with emerges from this story of the first 300 years of the Churches life”. In all “the benevolent presence of the Lord is felt”.
The Theologian – pope underlines that in his work, there is a characteristic that will become constant in ancient ecclesial histography: moral intent. His analyses of history “continue to inspire Christians in every age to let their study of history bear fruit in a greater appreciation of God’s saving works, a deeper conversion to Christ and a more generous witness to the Gospel in everyday life”. Thus calling on Christians to consider their attitude to events in the Church.
If they search for the “sign of God’s love”, we are stimulated to a more Christian witness. Centuries later we are all invited to “marvel, to contemplate the story of Gods great work for salvation and to convert to life”, before God who loves us so “we cannot remain inert”, so that our lives may become “an invisible trace of God’s love”.
at June 13, 2007