The Independant on O'Brien's Sermon 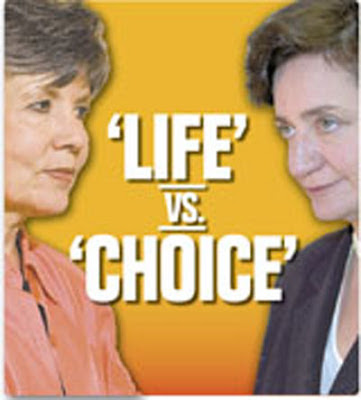 Jemima Lewis: The case for abortion is riddled with dishonesty
The fear is pro-life fundamentalism might be another bad American habit that we can't help picking up
Cardinal Keith O'Brien is the kind of Christian we seldom see any more on these shores: a real old-fashioned fire-and-brimstone merchant. The leader of Scotland's Roman Catholics this week spelled out, in unusually robust terms, his church's position on abortion - or as he put it, "the wanton killing of the innocent".
"We are killing, in our country, the equivalent of a classroom of kids every single day," he thundered from his Edinburgh pulpit. "Can you imagine that? Two Dunblane massacres a day going on and on. And when's it going to stop?" He called upon Catholic politicians to take a stand against this "unspeakable crime", hinting that those who continue to support the 1967 Abortion Act should perhaps review their relationship with the faith. "They must consider their own consciences and whether or not they can approach the altar to receive Holy Communion."
Clearly, the Cardinal set out to provoke - and he succeeded. The liberal establishment went into conniptions. "You can't impose on the conscience of others," huffed the Labour MP Peter Kilfoyle, apparently unaware that the entire purpose of a Catholic priest is to guide the conscience of his flock. It's "undemocratic and unacceptable," whinnied Terry Sanderson of the National Secular Society. I should have thought the freedom to voice one's beliefs was a central feature of any democracy.
In this newspaper, Joan Smith railed against the religious right for attempting to "impose its opinions on the rest of us" - as if we liberals would never dream of imposing our ideas about, say, gay adoption upon a doubtful public.
There is a valid anxiety behind all this fulmination. Hitherto, the abortion debate in Britain has been conducted with admirable decorum. We look with horror at the situation in America, where Roe vs Wade has become political shorthand for a divided nation: on the one hand, the doctor-slaying fundamentalists of the Republican Bible Belt; on the other, the feminists, pansies and peaceniks.
The fear is that pro-life fundamentalism, like junk food and gun crime, might be another American bad habit that we can't help picking up. Cardinal O'Brien, with his US-style fiery rhetoric, would seem to be deliberately leading us down that rancorous route.
As a pro-choice lapsed Catholic, I know where my loyalties lie. I would like to see the liberals win - but to do so having faced the arguments head-on. At present, the pro-choice argument is riddled with dishonesty and evasion.
There is, for instance, a huge and rarely acknowledged gulf between the way the 1967 Act was formulated and its practical application today. In theory, it is still the case that two doctors must certify that an abortion is medically or socially justified before it can go ahead. In reality, it is dizzyingly easy to end an unwanted pregnancy: just tick a few boxes at the local family planning clinic, and you're off.
Abortion counsellors, anxious not to make the experience any more distressing than it has to be, tend to brush over the possible side-effects - not least, the crushing guilt that can afflict women for years. This well-meaning reluctance to dwell on the gloomier aspects, combined with the need to get the procedure done sooner rather than later, means that women sometimes feel rushed into making a decision they later regret.
Such women are a huge boon to the pro-life lobby, who wheel out the more vocal penitents as proof that abortion doesn't just take one life - it ruins the other, too. Similarly, the pro-choicers have yet to address the growing medical evidence that foetuses may be sentient long before the 24-week cut-off point for abortion. Many entirely reasonable, pagan folk are starting to feel that this alone may justify reconsidering the time limit - and perhaps they are right. A more humane, up-to-date law would certainly be easier to defend.
Above all, a little humility is in order. It's no good getting cross with Catholics for having old-fashioned or unpalatable beliefs. That is the nature of all religions; and besides, some of those ideas spring from worthy principles.
Most of us pay lip-service to the Christian belief that all human life is equally precious - until we are put to the test. If I were pregnant with a baby that, for one reason or another, I desperately didn't want, I would put my own welfare above that of the nascent human life in my womb. It's a selfish, unchristian instinct, as most of our instincts are.
The pro-choice lobby tries to position itself on the moral high ground by using the pious language of rights. In truth, however, legal abortion is just a sad necessity: a way of containing human nature within safe and acceptable limits. The most compelling pro-choice argument is practical, not moral: making it illegal doesn't make it go away.
You can't win a debate by shouting down your opponent. It makes you look as though you've got something to hide. The liberal establishment needs to practise open-mindedness; and to trust in the selfish good sense of the pagan British public
at June 03, 2007