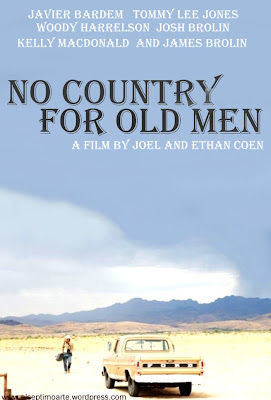 (CWNews.com) - An essay in the official Vatican newspaper L'Osservatore Romano argues that this year's Oscar awards went to films that portray America as a society "without hope."
The signed column by Gaetano Vallini was critical of Oscar-winning films such as No Country for Old Men and There Will Be Blood. These movies and others nominated for Academy Awards are "sinister, filled with violence, and above all, without hope," the writer said.
Vallini found fault especially with No Country for Old Men, saying that the film by Joel and Ethan Coen-- which garner 4 Oscars including the coveted "Best Picture" award-- was marred by "absurd and mindless acts of violence." While praising the craftsmanship of the Coen brothers, he said that their picture showed a "lack of moral conscience." The message of the movie, he said, seemed to "obliterate the American dream."
Worse, the L'Osservatore Romano critic continued, "this clearly pessimistic view that the United States offers of itself through movies" was confirmed by the Oscar awards, in which the film industry honored the pictures that offered this grim vision.
Vallini pointed that the independent filmmakers, working outside the orbit of Hollywood, chose to honor movies with a more positive message, such as Juno, the story of a young woman coping with an unexpected pregnancy. He also praised The Diving Bell and the Butterfly as a film that, "going against the prevailing trend, portrays the beauty of life."
at February 27, 2008

About what I'd expect from a movie that involved Mr. Barbara Streisand.

I have not seen the film but there is something fundamentally wrong with a country with such extremes of rich and poor, at the same time being the world's principal colonialist power. If the US is depicted in a bad way, that could be an accurate portrayal, in which case what is wrong with that? Surely it is the country and its culture that deserves the opprobrium as much as the film.

NOWHERE else in the world does a country devote more billions and billions of dollars to its poor (and - SURPRISE - the world's poor)than in the US.

NOWHERE else in the world are the "poor" so middle-class.

NOWHERE else in the world can a family live in public housing for generation after generation, getting free food, free housing, free medical care. Just because.

Yes, we have poor people here.
Some of them are mentally unstable, and that's tragic.
The vast majority are 20 something crackheads who have no intention of getting a job when they can continue to suck at Uncle Sam's teat like their grandparents and parents before them.

I don't have a college education. I didn't even finish high school. But I enlisted in the United States military and picked up a few skills and now I have a killer job working in city government. I don't do drugs. I don't screw off or come in late to work or shoot cops. I've found that it's fairly easy to make it in the US if you follow those few easy steps.

Even when my luck was down (after 9/11/01 when my husband AND I got laid off from our airline jobs) the government officials bent over backwards to get us unemployment and whatever else we needed. Thankfully, we were called back to work in a couple of weeks, but it was a nice eye-opener to find out about the safety net everyone speaks of.
I live in Chicago. I see the "poor" of America EVERY DAY on my way to work, loafing on street corners, smoking who knows what, making baby after baby with woman after woman. And yet - and yet, the US will ALWAYS support them. They will never starve to death. They will never sleep outside unless they want to. They will never BE TURNED AWAY FROM A HOSPITAL because they are deemed "unsavable" like that poor child in the UK whose parents are currently in -- YOU GUESSED IT - the US getting the medical treatment their son was denied at home.

A movie filled with mindless violence (I don't know if you're familiar with the Coen brothers, but the levels of violence in their movies is ridiculous. And I LIKE some of their stuff. But it's ridiculous.) IS NOT an accurate representation of the US, where the vast majority are people like me, going to work, going to church, raising babies, playing softball.

It represents the hopelessness of searching and searching for happiness while turning your back on God.

Hollywood makes the movies. The movies reflect Hollywood, NOT America.