Beatification of Louis and Zelie Martin 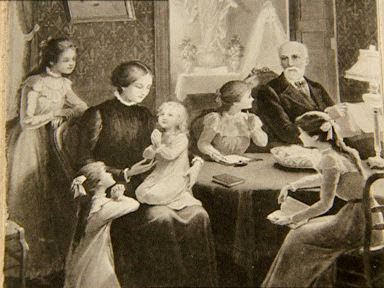 H/t Tea at the Trianon
Here is the latest on the beatification of the parents of St. Thérèse. (Via Blog-by-the-Sea)

Therese Martin happily wrote the following reflection about her parents: “The good God has given me a father and a mother more worthy of heaven than of earth” (Letter 261). In March 1994 their heroic virtues were approved, with the consequent canonical title of “Venerable”. On January 17 the medical board of the Congregation for the Causes of Saints approved a miracle attributed to their intercession, Louis Martin (1823-1894) and Celia Guerin (1831-1877). The examined miracle took into consideration the healing of Peter Schiliro, born on May 25 2002 with grave breathing problems. They baptized him on June 3 and at the time the parents were convinced that their child would soon die. In desperation they began a novena to St Therese’s venerable parents. In a few weeks the child made an unexpected recovery.

The presumed miracle was examined by the curia of the Archbishop of Milan, and in June 2003 they presented the relevant documentation to the Vatican congregation. After the approval of the medical committee there will be a pronouncement by the theological commission and the definitive approval of the commission of cardinals. After the ratification of the miracle by the Pope, it is hoped that the announcement of the beatification will take place later this year. The joint beatification of Luis Martin and Celia Guerin reflects not only the fact that they are the parents of St Therese, but also that they are parents in a true family now being beatified by the church.
at February 01, 2008

Thanks for the update on the cause, which is particularly dear to my heart!

Thank you for the link, Father. What a joy it will be to see those holy parents raised to the honors of the altar!

lOUIS AND ZELIE MARTIN,JESUS through the intercession of the parents of The LITTLE Flower grant my request.annegan11@eircom.net