Or for his countrymen: The Zee visit. 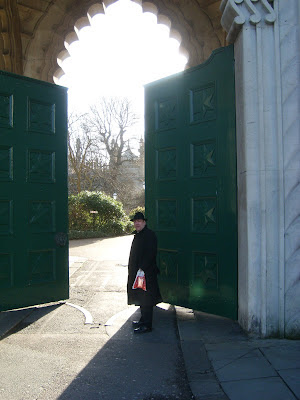 Fr "Z" entering a local mosque and preparing a new Blog: What does the Koran Really Say.

Well actually that is not true, we are going to see The Royal Pavillion, the Prince Regents seaside pleasure palace. It was buit by the Prince Regent so he could be near his Catholic wife Maria Fitzherbert. English royalty weren't and still are forbidden to marry Catholics, Maria refused to sleep with him unles he did they were married secretly. 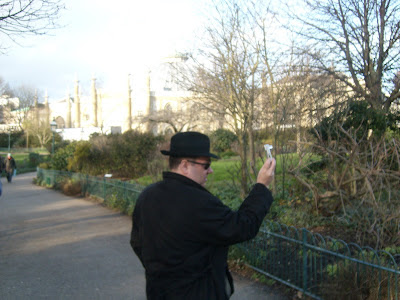 Even away from the office, this inveterate blogger when not taking the occassional snap is either keeping in touch on his i-phone or keeping up with the blog.

Apart from the occassional journalist ringing, I wouldn't have been surprised to have Archbishop Ranjith or Mgr Ganswien wanting to speak to him.

It really is a great joy having him as a guest, not only does speak Chinese, so useful for all those people who work in the Chinese restuarants of Brighton, we went out for a quick meal last night he raised my kudos in my favourite Chinese restuarant. 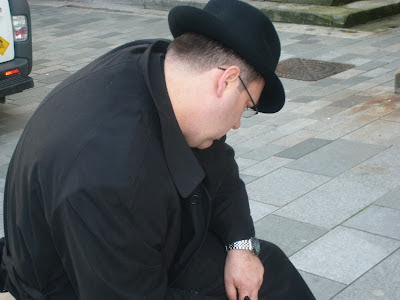 , but he has a great deal of knowledge about the international Church and an ability to see what is happening clearly.

We had a chat about the 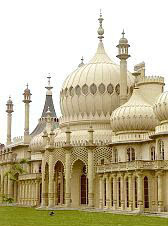 restuarants of Rome, I suggested he start a new blog: What does the Menu Really Say. 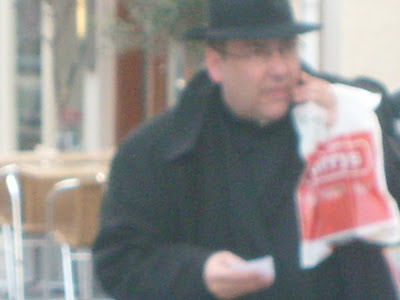 The photographs below are from the banqueting room of the Pavillion the dragon holds the great central gasolier in its claws. Now wouldn't that be an excellent place for the next parish "do". 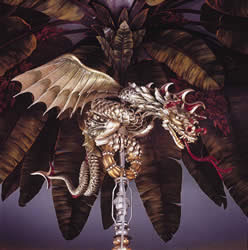 Benfan,
It is not a mosque, it is a palace, the pictures at the bottom are the interior.
It was buit by the Prince Regent so he could be near his Catholic wife Maria Fitzherbert.

I like this Father - you are Fr. Z's paparazzi and we get to see him in his travels. Fun. Thank you.

Now all the gadgeteers of the Catholic blogosphere are going to be wondering what Fr Z (whom God preserve) bought at Currys!

Ooops, Thanks for the correction, not being indigenous my lack of local knowledge slips through betimes. However, in all fairness it does look very indian/islamic and not at all English.

Haa ttony, you know that exact question did cross my mind.

Father: I just realized I've been to your parish-Nearly 20 years ago. I recognized the window at the top of you blog. The window is even more stunning in person.

Have fun trying to keep up with Father Z! LOL!