Love itself is passion 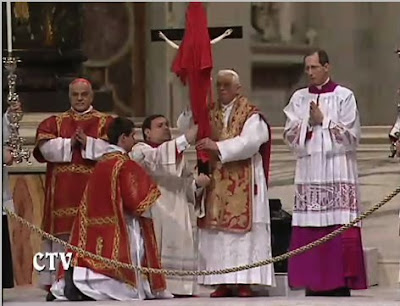 Cardinal Ratzinger in 2002:
Today what people have in view is eliminating suffering from the world. For the individual, that means avoiding pain and suffering in whatever way. Yet we must also see that it is in this very way that the world becomes very hard and very cold. Pain is part of being human. Anyone who really wanted to get rid of suffering would have to get rid of love before anything else, because there can be no love without suffering, because it always demands an element of self-sacrifice, because, given temperamental differences and the drama of situations, it will always bring with it renunciation and pain.

Love itself is a passion, something we endure. In love experience first a happiness, a general feeling of happiness.
at September 14, 2008