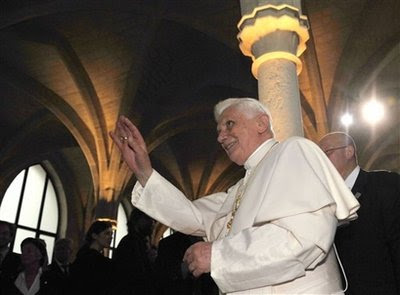 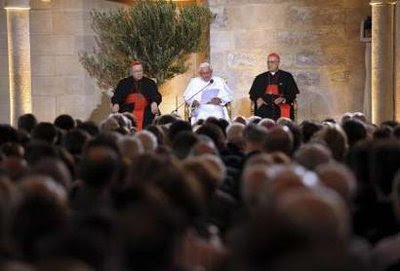 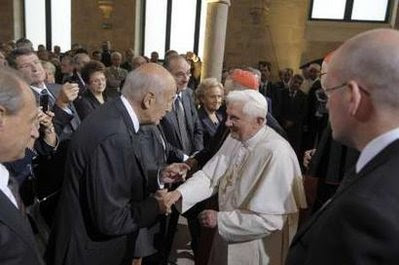 Pope Benedict XVI at the College des Bernardins September delivered a major address on faith and culture to an elite audience of 700 French intellectuals and artists at the start of a four-day visit to Paris and Lourdes.

Monasteries both preserved the treasures of ancient culture and nourished a new culture that took shape out of the old, says Benedict XVI.

The Pope affirmed this today in Paris during an anticipated address to representatives of the world of culture, as well as members of UNESCO and the European Union.
He introduced his address by saying that he wanted to speak "of the origins of western theology and the roots of European culture." He suggested that the site of the conference -- the recently restored College of the Bernardines-- was emblematic. The college was a residence for young monks until the French Revolution. Since then, it has passed through various usages, but the late Cardinal Jean-Marie Lustiger, former archbishop of Paris, undertook to have it restored and made into a meeting place for the dialogue between faith and culture. The papal visit is the official inauguration of the center.
account of the speech at Zenit
at September 12, 2008

Wow. Would we be able to get 700 English intellectuals and artists to sit and listen to an address by the Pope if he came to England?

Do we even have 700 Catholic intellectuals and artists in England?