The Relics of St Ursula 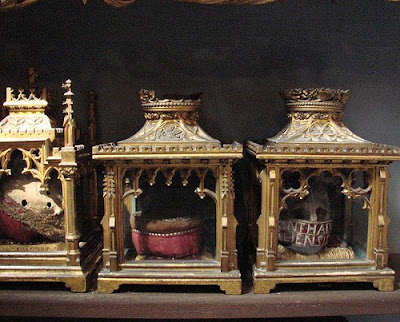 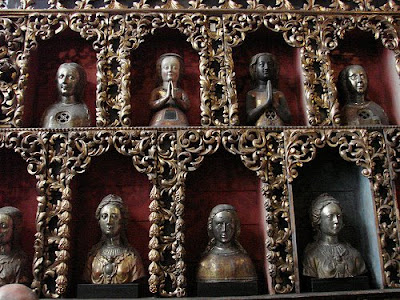 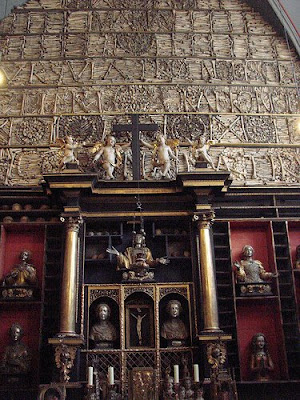 I was staying opposite the Church of St Ursula, woken daily by the clang of bells, though the church was open there is an iron screen at the back to stop people wandering around. Inside the Church there is chapel, which I didn't get into, containing the relics of St Ursula the Virgin Martyr and her 1100 companions.
Such is the wonder of modern technology that what one can't see in reality flickr provides.
I was very impressed with the fascinating collection of relics I saw in Germany: the Magi, the belts of Our Lord and his Blessed Mother, I think I encountered Our Lord's lioncloth somewhere, and then there was St Peter's staff in the Cathedral, which actually does have a Roman knob on it. It is fascinating insight into Medieval spirituality.
Posted by Fr Ray Blake

Drat! I was hoping there were some full color 8x10 color glossy photos of the last supper, marked with circles and arrows, and on the back a paragraph explaining which apostle was which!

[Just kidding. This sounds like a neat place to visit.]

Not all of them - some of the skulls were distributed. There is a very small one skull in a reliquary at Oscott College (seminary for the archdiocese of Birmingham, UK) on the relic altar there.