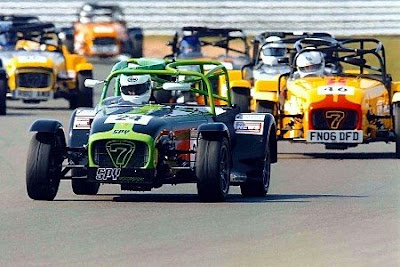 Thank you to those of you who let me know I have been quoted here and there. In fact over the last week the things I have posted about the Marie Stopes stamps and Channel 4 seem to have created a little stir. I have been asked to do some interviews, but as the great hermenaut says, "Read my blog!", I haven't time.

It is interesting though, that at least once or twice a week one of the Nationals or a TV or Radio programme phones for an "opinion", or else I am told I am quoted in the corner of some paper or something, often inaccurately. Father Tim, I am sure, finds the same thing, more often I should think. When I ask why a journalist hasn't contacted the Catholic Media Office, they normally suggest that there isn't much point and say they just get shrugged off. It is a shame, especially as Bishops who have been to stay here complain that the media isn't interested in what they have to say, I am sure they are as opinionated as a blogging priest.
at September 12, 2008

yep. I just read this http://www.telegraph.co.uk/news/newstopics/religion/2800169/Channel-4-accused-of-pro-Muslim-bias-by-Catholic-priests.html

Kudos, btw, for speaking out against media bias.

Gee, Fr.Ray, you are so quotable - you shouldn't be surprised!

Before I scrolled down, I thought under "pursued" you'd have a picture of a bear.

I am a Catholic journalist, Fr Ray, and I can promise you, that in 22 years of ringing the so-called Catholic Media office, (I think they might have morphed into something else nowadays - the Catholic "Communications" Service ? Don't know. We all groan loudly whenever they are mentioned.), And, there really is no point. I don`t know why, but they are worse than useless.

IF they answer the phone at all, they have no idea what you are talking about. They never ring back, having promised to do so. They sometimes just put the phone down if they think you are being persistent and asking too many questions. They all sound about aged twelve, emotionally. I could go on, at quite entertaining length, actually, but that will do. I think a better description of them, certainly among my Catholic journalist colleagues in the mainstream media, might be: The Anti-Catholic Media Office. That's certainly a common shared experience. They hate us.

No, if you have a gift for speaking out and communicating truth,(I think this might be called "prophesy" from my limited understanding of Church Teaching and the Old Testament), it`s far better that people ring YOU directly. Most journalists just appreciate people who pick up the phone and speak as a human being.

People who are: permenantly "unavailable" or issue bland, uinintelligible, woolly statements, ring rather large alarm bells. Mentioning no names, as it wouldn`t be fair on several Big Cheeses in England and Wales.

The risk, of course, as Jesus knew, is always that you might be: misquoted, mis-interpreted, attacked.. but I`d say that`s a risk we all take every day in witnessing to our faith.

You might even risk winning some converts. Which, somehow, I don`t think the Catholic Media Office has managed in the last quarter century. The new Cardinal should sack the lot and speak for himself, and appoint a media priest in each diocese to shoot from the hip and tell it like it is (I`ll train 'em for free.)