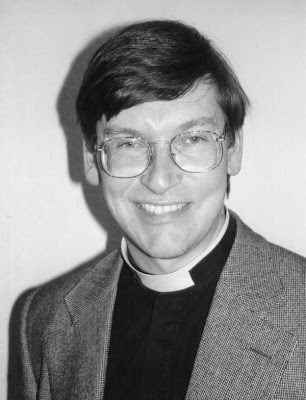 The Guardian carries a letter by Professor Michael Reiss, clarifying the furor that followed a recent speech of his:

Your headline (Teach creationism, says top scientist, September 12) misrepresents the views of myself and the Royal Society. The society believes that if a young person raises the issue of creationism in a science class, a teacher should be in a position to examine why it does not stand up to scientific investigation. This does not put it on a par with evolution, which is recognised as the best explanation for the history of life on Earth from its beginnings and for the diversity of species.
Evolution is rightly taught as an essential part of biology and science courses in schools, colleges and universities across the world. Creationism, which has no scientific validity, can be discussed in a science class if it is raised by a pupil, but should in no way be seen as comparable to evolution or any other scientific theory which is backed up with evidence.
Professor Michael Reiss
Director of education, Royal Society

The scientific establishment, in a very unscientific way, sided with the populist uptake of Reiss' words rather than what he actually said and immediately sought to rid itself of Reiss, who is also an Anglican clergyman, has of course now resigned.

What he was suggesting, I think, was merely that science teachers shouldn't take a fundamentalist approach but be willing to engage with "creationist" students. It is estimated that 10% of students in the UK, a large part of the Muslim are creationist. One of the failures in UK science teaching seems to be that like religious fundamentalism it presumes a number of unquestionable "givens", and failure to accept either ignorance of these "givens" or even an opposition to them.

Being a Catholic, I am not of course a Creationist in that sense. The order of creation in the Copernican system is beautiful, the evolutionism of Darwin is compelling, no serious Catholic would question the broad sweep of his theories. What we would question is its frightening political notion of the "survival of the fittest" with its brutalistitic anthropology and world view.

What this debate has brought to the surface is the inability of science to deal with the notion of God. I don't simply mean to say that non-believers should prove that God does not exist, but they do have to admit that science does not answer, even our scientific questions.

I suspect that the God who they don't believe in, is also the God I, and most Christians, don't believe in.
People like Dawkins build their own straw God, tell us that this is what we believe in and then proceed to tear it down. For believers God is the "beyond, beyond", "the eternal", "the source", "the prime mover", the creator of something out of nothing. For a Christian we see these attributes made "flesh" and dwelling amongst us in the Natural Law, and ultimately through the womb of the Virgin being given a human face, so human that it takes on man's suffering."God". At least in physics is the "X factor" which means that these ultimates are benign

Science needs faith simply to rescue it from the rationalism that lead Hitler to rid society of the defective, and other totalitarians to dehumanise their societies robbing mankind of anything other than a functionalism allowed him by the ideology of their regime. We have seem in the 20th century the debasement that "scientific method" brings to society, it is essentially compassionless and soulless.

I think not unrelated to all this is Baroness Warnock's comments on dementia patients, it is scientifically (and economically) expedient to euthanize them. Christians recognise an infinite value to every human being, the scientist following his principles is always going to limit the value of the human person.
at September 21, 2008

You write that the "scientist following his principles is always going to limit the value of the human person". Well, up to a point Lord Copper. Science qua science is value neutral and doesn't impose "principles" in an ethical sense. At worst (or at best) it can provide data for any ethical system of one's choosing. Many scientists are atheistic utilitarians, but that choice of world view and ethical framework is not imposed by science or the scientific method. A good and rigorous scientist can just as easily be good and rigorous Christian. I know many who are - even a microscope-toting biochemist!

I hope Baroness Warnock does not include us Bus-Pass holders we are definitely cluttering up the buses and we haven't got enough money to spend in the shops after paying for the Electric & Gas.

Get the Guillotine back and the likes of that BARMY OLD BAT can be the first to go,there would be no shortage of us demented to do our knitting while they go.

Does the Catholic Church teach evolution, or does it merely not condemn evolution?

If it approves it, on what authority?

It seems to me that Catholics have become somewhat dogmatic in their insistence that the Church is fine with evolution. It is almost as if you have to embrace evolution to be a good Catholic. Lets just hope the scientists don't disprove it!

Can't someone be unimpressed with the evidence on scientific grounds without being ridiculed? (There are famous scientists who do!) Can't someone be a little suspicious of a theory that is rooted so deeply in materialism for philosophical reasons without derision from even Christians?

To me, the Church has given into the popular imagination, and is trying to shake the image of the Inquisitor of Galileo by becoming his cheerleader. (Almost like our silly insistence on proclaiming that we don't hate sex.) I think the more honest approach would be to admit that the Church neither does nor condemns science. After that, we should remind people, as this Pope has taken the chance to do, that they are not accidents of nature. Yes, evolution seems to imply this to a great deal of people (excluding, of course, all of us super-nuanced Catholics).

The current approach seems a little too self-satisfied for me.

Here is a thought experiment. Pretend you are a materialist that does not believe in God. Try and create a hypothetical alternative to evolution. Does this make you wonder?

Cosmos,
You are right the Church merely does not condemn evolution, but Darwinism is problematic.

I simply cannot think of any other way in which the diversity of races within the species of human beings came about. There either has had to have been separate acts of creation which then denies that Adam is our progenitor and it negates the necessity of our Redemption since a diversity of progenitors negates that Original Sin committed by Adam as falling on the whole of humanity. The view of multiple first parents was most certainly condemned by the Pontifical Biblical Commission in the early 1900's and that Commission was also endowed with the charism of infallibity!
So, that's out of the question for any Catholic.
The only other explanation is evolution!
Either it is Creation
OR
It is evolution.
For me, multiple acts of creation of progenitors is simply heresy.
I am therefore left with the only other option of evolution. Which I fully accept.
Evolution in no way denies Creation. It merely develops what has been created.

People have been sentenced to death on far flimsier evidence that can be found for evolution. It is all over the place, in the rocks, in our own bodies, in our pets and farm animals, in our gardens and farms. In our local hospitals. In the distribution of wild animals. Take a visit to the zoo. Or if you are in Brighton, to the Booth Museum. Or even just a walk by the water's edge on the beach. Get some frog spawn, hatch it out and let the tadpoles grow into frogs. Grow some caterpillars into butterflies. Why should evolution be a problem? It is going on in front of our eyes.

Surely evolution is the means of creation. Complex objects do not materialise out of nothing.

As a physicist I've never had problems with parts of evolution and creation.

Micro-evolution: changes to an individual species caused by the environment is perfectly plausible as a Catholic to believe. There is evidence supporting such, and we merely need to look at where we live to figure that out.

Macro-evolution: that is to say species coming from different species all together is completely incompatible with what we believe as Catholics. And is completely debunkable by the fossil record.

Science and Faith are two sides of the same coin. Science describes by what means did this happen, and Faith describes what happened.

I laugh hard when people see these so called contradictions between Faith and Science.

Science always points to the order of Creation. There is no other possibility if you honestly look at the evidence objectively.