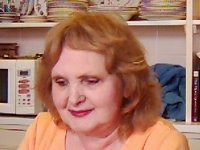 A small group of us are going up to town to the Catholic Woman of the Year Lunch at Marble Arch. Ann Roberts, one of our parishioners is being honoured. For the last 20 years Ann has been organising a small group of parishioners and others to feed the homeless on the sea front.

It is not too bad in summer except the numbers can rise to 50 or 60, but she is there in winter too, even when there is a gale and its raining as if there is a need for arks to be handed out along with sandwiches.

She doesn't drive, so somewhat diminutive Ann is a common feature humping huge bags, sandwiches for 60, down to the promenade from her home a couple miles away.

Unfortunately Ann can't come today, just after her nomination was announced she became seriously ill, we thought she might die, she was in in intensive care and is still recovering. Among the other women to be honoured is Abigail Witchalls, from a extra-ordinary catholic family in our diocese. Abigail, whilst pregnant was attacked by a madman, as she walked along a country lane with her small son, she was injured so badly that that she was paralysed. When it happened the family an she maintained a wonderful dignity on the media. There is a brother in law, Bruno who is going to be ordained a priest for our diocese later this year, one of those faithful young men who gives me great hope for the Church in our diocese.

I'll try and get some pictures.

Pray for Ann, and for Abigail, and for Bruno