Did you know about Finland and Latin? 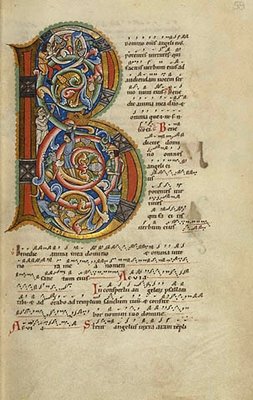 from Open Book
How could we not post this story?
Finland is one of the quieter members of the EU. But now its turn at the EU presidency has thrust it into the spotlight - and exposed an unusual passion.
Like the boy at the party with cheese straws stuck up his nose, it has been caught doing something vaguely disturbing - indulging a penchant for Latin.
It is the only country in the world which broadcasts the news in Latin.
On its EU presidency website one can find descriptions of meetings in Latin. But love of the language of Rome goes deep.
It's a kind of diffuse story. But here's the pertinent page.
From the latest newsletter:
Finnia hospita erit summo conventui Unionis Europaeae et Ucrainae, qui Helsinkii die Veneris 27 m. Octobris habebitur. Legatis UE praeerit primus minister Matti Vanhanen, legatis Ucrainae autem praesidens Victor Yushchenko. A parte Unionis Europaeae huic conventui intererunt etiam José Manuel Barroso, praeses Commissionis Europaeae, et Benita Ferrero-Waldner, membrum Commissionis Europaeae. Pro Finnis praesidentiam obtinentibus aderunt Erkki Tuomioja, minister a rebus exteris Finniae, et Paula Lehtomäki, ministra commercii et progressus.

An article from August:
The Vatican's daily newspaper has called for Latin to be made the official working language of the European Union, after attempts by the new Finnish presidency to promote its use in EU departments."While Latin has been given up as a compulsory subject in schools over recent years, interest in the language is growing in Europe and other parts of the world," the semi-official L’Osservatore Romano said in a commentary."In these circumstances, it would constitute a suitable instrument for international communication." The paper said a Latin-language news programme, Nuntii Latini, had been broadcast weekly for the past decade by YLE, Finland’s equivalent to the BBC, making the ancient Roman language "potentially contemporary."
Added Thursday,
There have been rumours that scheduled Masses and Vespers in St Peter's from this week on are in Latin, with reading in the vernacular. Until now they have almost always been in Italian. Apparently this is an instruction from the Holy Father.
at October 25, 2006

Makes sense to use Latin in this sort of situation. Finnish is not an Indo-European language and very difficult for anyone from Western Europe to learn. Since all EU transactions must be translated two-ways, things are getting impossible. How many people are fluent in say, Finnish plus Portuguese?

Finland is quite a sensible country in lots of ways eg like how they deal with Åland, which belongs to Finland but is just off the coast of Sweden, and ethnically Swedish. They allowed Åland near independence and now the capital, Mariehamn, is the duty-free capital of the Baltic.

Why not do a Latin version of the newsletter, for any passing Finns?
Or even a Latin blog?

You'd have a problem suddenly introducing Latin, because it doesn't have terms for modern things like the Internet - unless you borrowed and adapted existing terms from the Romance languages. A lot of these have been borrowed in large measure from English.

There is someone in Rome whose job it is to devise words for modern things.