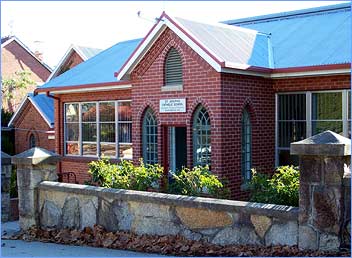 I received a letter from our bishop and an email from a former parishioner. The letter, was actually from our diocesan education department on the Bishop's behalf urging the clergy to get people to write to their MPs about the threat to our Catholic schools, the government are proposing that “faith schools” open their doors to 25% non-faith pupils. I joked on Sunday that it would be the first time ever I would be asked to write letters in which parents would want me to say, “I have never seen this child in Church."
There was actually time when the Catholic faith was passed on without schools, by the family, through practice, through stories of the lives of the saints, through the liturgy and devotions.
Without strong Catholic families we will never have good Catholic schools, nor even a strong Catholic community.
at October 24, 2006

Email ThisBlogThis!Share to TwitterShare to FacebookShare to Pinterest
Labels: me, pastoral issues

Homeschooling isn't just an American thing - you find it all over the place, even in Germany where it's illegal under a law passed by Hitler in 1938.

Recently a German mother, Katherina Plett, a Baptist from Paderborn district, was sentenced to 10 days' imprisonment for taking her children out of school and teaching them at home.

Their father has fled with them to Austria lest they be removed from parental custody and made wards of the State.

What is most outrageous is that Herr Manfred Mueller, the Governor of Paderborn district, has stated that parents who dare to homeschool their children should be treated as traitors, and has in fact threatened to charge an elderly man, who supports homeschooling, with treason.

So I wrote this week in my strongest German to Herr Mueller protesting about all this.

I wonder how many people there are in our congregation who were not brought up as Catholics but became converts whilst at Catholic school?

A heart-warming tale, Fr. God bless your friends and their lovely family.

I have a number of friends who home-school here in the UK. Their children truly know their faith and it's a joy to be with them.

As I said in response to Fr's earlier item on the Nashville Domincans, I'm quite convinced that we must start with our youngest children and begin again to instill the true faith into them so that, as they progress along life's path into secondary and higher education and into the workplace, they will be the seed-bed of future vocations to the religious as well as to family life. Such education must begin at home and, if parents are worried that their children will not have a proper Catholic education at Catholic schools, then, if they are able to provide it, home schooling is often the answer.

It's because of experiences I've had with 'Catholic' secondary schools that I am wary of the bishops' initiative against the recent government proposals - but, deep down, I believe that we must, as Catholics loyal to the sacrifices of our forebears, support the bishops' request. In my own area, the MP will be very supportive of anyway.

Considering how much more I learnt at home than at school, I wonder at times whether our schools are much more than an expensive and cruel child-minding service, in a harsh and bullying environment. Schools are a Procrustean bed.

Holidays taken in term-time and periods off-school with colds and thing were especially productive. When I was 12, I did much of the O-level chemistry course in a couple of weeks by reading it up during a spell away with the flu.

The primary responsibility for the education of children still rests with parents and it is unfortunate that the idea has got around that children get educated at school. Most of the useful things I know were not learned at school.

What are schools for?

I think that the Bishop's have made us invest so much money in them that we are stuck.

They should do no harm, but in survey after survey teachers are identified as the most liberal and most dissident of all Catholics. The beauty of Catholicism is that its theology is a whole, when you subtract anything you are left with an unattractive mess. We need Catholic teachers who take on the whole thing, but where ae they to trained in the UK?

It is a pity that good catholic parents feel that they can only provide for their children by withdrawing them from our Catholic Schools.Perhaps the Bishops need to show real courage and hand our schools to the state which interferes in them already,and leave the teaching of the faith to parents and parishes

I like the idea of faith schools accepting children of other faiths. I went to a catholic school (not in the UK) with Jewish and Protestant children. Religious Education was provided by the church and split up according to your faith. It worked well.

I think the bishops in this country should make more efforts to provide religious eduction for all children during normal school hours. Most children are growing up in a religious vacuum. The kids that don't go to faith schools for whatever reason seem to be rather left out.

As has already been pointed out, the primary responsibility for formation of children lies in the hands of the parents.

But what do we do when parents aren't faithful to the baptismal promises they have made on behalf of their child and their commitment through their sacramental marriage to raise their children in the Faith? Do we leave the children without instruction or do we try and provide what we can through the Catholic schools and parish religious education programs?

This is an issue I wrestle with as a catechist with a class full of young children, half of whom don't go to Mass regularly with their families, let alone receive any instruction in the Faith at home.

I sadly concur with this post. My wife and I had a rude awakening to the reality of what is taught in at least some (perhaps many?) Catholic schools. We've had to make a very hard decision to pull our children out and home educate them, to protect their faith and morals. To this day the primary school still insist they put their C4 sex ed programme in the context of Church teaching and "Gospel values", but have no evidence to support their claim. Also parents are not warned about the sexually explicit and immoral nature of the material, even shown to six year-olds.

Before parents apply to a school they should ask to see all the sex-related material used and make their own judgements.