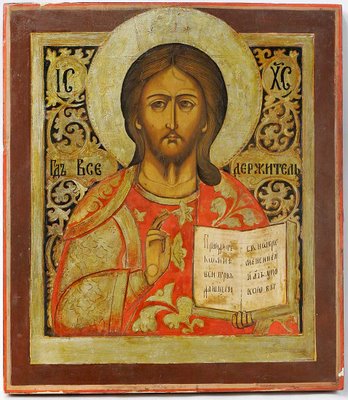 Nowadays we look back on the great controversies of the early Church, especially Arianism and Pelagianism as being something of the past Cardinal Bertone says they are still prevalent in the Church today. For Christians of the past these great debates were about finding the true nature of God. Our faith is entirely about the revelation of God.

(Zenit.org).- Cardinal Tarcisio Bertone, the new Vatican secretary of state, says that the Church continues to be tempted by the Arian heresy, the idea that Christ is not God.
In an interview with the Chilean newspaper El Mercurio, the Italian cardinal acknowledged that "one of the main problems of our time is the problem of Christology," according to which Christ is considered only as "a great man." "If Christ's divinity is doubted," the foundation of Christianity is doubted, he said. The Vatican official recalled the doctrine of Arius (256-336), a priest of Alexandria and later a bishop, who, beginning in 318, denied the divinity of the Word, the Second Person of the Trinity. Symptoms of this denial of Jesus' divinity include the support received by "The Da Vinci Code," despite its "absolutely shameful fictional inventions," said Cardinal Bertone, 71. "But we see in addition that even in the elaboration of certain theology, doubt is cast on the divinity and salvific unicity of Christ, the only Savior," he continued. "This Christological reduction betrays the faith of the nascent Church and of the great Christological councils of Nicaea, Constantinople and Chalcedon. "It is an authentic betrayal and a denial of the faith of our fathers." According to the cardinal, "it is necessary, therefore, to return to Christological faith, to the centrality of Christ, true God and therefore only Savior."
Pelagianism
However, according to the Vatican secretary of state, the Church not only faces the threat of Arianism, but also of a new Pelagianism, one of the worst heresies, which arose in the fifth century. "This hinges on thinking that we can build a Church ourselves and in believing that it is possible to save ourselves, without the Lord's grace and help," he noted. "They are recurring dangers which appear successively in history." These two challenges were addressed in the 2000 declaration "Dominus Iesus," signed by the then Cardinal Joseph Ratzinger and Archbishop Tarcisio Bertone, in their capacity as prefect and secretary, respectively, of the Congregation for the Doctrine of the Faith.
at October 10, 2006

Email ThisBlogThis!Share to TwitterShare to FacebookShare to Pinterest
Labels: theology/scripture

OT, Father, but you've been tagged - see my blog
Paulinus