Violent Islam, cowardly Europe: from the cartoons to Regensburg 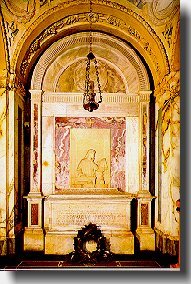 This quite a provocative piece from Asian News
by Samir Khalil Samir, sj

"The tendency to see a “conspiracy” is present among cultured Muslims.
A few days ago, in Berlin, an opera of Mozart, Idomeneo was cancelled: it featured the decapitated head of Muhammad (together with those of Jesus, Buddha and Neptune) and the director of the theatre feared Islamic vendetta.
Islamic pressure on our culture is becoming increasingly pervasive.
In France, a teacher Robert Redeker, who criticized Islam at school, was threatened with death. Two years ago, some people wanted to destroy the tomb of Dante Alighieri because he put Muhammad in hell; a year ago, some wanted to destroy the fresco of St Petronius in Bologna because Muhammad was depicted as condemned in the universal judgment.
Two years ago, in Geneva, the theatrical work of Voltaire, Zadiq, was banned because it talked about Muhammad. But then: Dante, St Petronius, Voltaire, Mozart, the cartoons, the pope... all European culture is censored by Europeans out of a false respect for Islam or for a quiet life!
There is no realization that our culture and uniqueness are at stake.
Let me give another example. Every year, it becomes known that a Muslim delegation refused to participate in a reception given by some European authorities or others, because apart from non alcoholic drinks, wine and spirits were served, and these are banned by rigorous Islam. In Paris, some months back, an Iranian delegation withdrew because France refused to do away with wine. "
at October 01, 2006

A Muslim delegation refused to participate in a reception because alcoholic drinks were served!

It just means there are more canapes to go round for everyone else!

Michael, let us try and be serious. If you have ever organised such an event, you will realise how disruptive it is for a group of people to turn up and demand everything is changed. It is more than bad manners, in a diplomatic situation, much more so than an ordinary social one, the careful balance that one tries to create is overturned. It gives undue prominence to a the complaining group, if fail to comply then so often this is deliberately taken as a snub, which tend to have ongoing consequences.

Maureen, when you're dealing with people who believe that God commands that anyone converting out of Islam to Christianity (or anything else) ought to be put to death, you have to have at least some of what the Jews call chutzpah.

If you look in today's Mail on Sunday you'll find a report of a Muslim teacher who caused a furore by denouncing pupils for celebrating Christmas.

He's been made a Government schools inspector.

Israr Khan, now headmaster of an Islamic school, launched into his tirade during a concert rehearsal at Washwood Heath Secondary School in Birmingham in 1996 after the choir including around 40 Muslim youngsters, had sung a number of popular Christmas songs, including carols.

He leapt from his seat, yelling: "Who is your God? Why are you saying Jesus and Jesus Christ? God is not your God - it is Allah."

There comes a time when we Christians have to say "Enough!"

Quite right, Maureen. Presumably the Muslim delegation were not going to be held down and force fed with alcohol. Lessons in manners would not go amiss.

Come, come, now anonymous! Why did El Cid go down in history?

Remember the scene towards the end of the film where Charlton Heston is standing at his window, while the Muslim army besieging Valencia is drumming rhythmically away emitting a succession of repetitive beats contrary to the Criminal Justice & Public Order Act, 1994, s63.

Now the multiple-choice question. Did Charlton Heston say #A or #B? (select one only)

A. I'm sorry ladies and gentlemen, but I sent a noise pollution officer out to take a reading and he says the decibel level isn't high enough for us legally to do anything about it.

B. People of Valencia! Do not be afraid of the sound of a few drums! In a few hours they will be silenced for ever! Tomorrow - I promise you - I will ride with you!

My husband and I hosted several events like that in the US, on one occassion, during the height of the Cold War a Russian delegation turned up and objected to red table linen, saying it insulted the Soviet flag. It meant that we both had spend at least half an hour placating them It meant that we were in an dreadful flap when the then American Secretary of State turned up.
It was of course a bit of tactical play but, they spent the rest of the conference in a "diplomatic" sulk and we Brits ended up feeling rather embarassed both by the incident and the fact that we were unable to placate them.
I imagine this type of thing was what was happening in Paris.

I'm with Michael on this one. More to go round for everyone else.

Perhaps we should reintroduce the Test Acts. If you want to live in the UK you must either (1) eat a bacon sandwich or (2) drink a glass of beer or wine.

Unwillingness to do either indicates a rejection of our culture and those who put themselves outside it should go somewhere more to their taste.

I wouldn't impose the first one, Henry - we don't want to upset our Jewish friends, do we?

And as for the second, do consider a dispensation for those who have an enhanced sensitivity to alcohol!

Maureen, the way to placate a Soviet delegation was to ask, "I like the suit, did it come with the medals?"

Not amusing Michal,I think Maureen and certainly Mary were speaking from real experience, not simply prattling away.

in addition,
I hope I do not hear an anti -Semitic note.

I'm certainly not anti-Semitic, anonymous (2) - when I say "Jewish friends", I mean it at face value. Look at my other posts on this blog about repenting for our past mistreatment of the Jews and follwing Pope John Paul II in mending relations with them.

Besides, I have no small pride at being the grandson of someone who tried in 1943 to kill Hitler - had he succeeded the Hungarian Jews would have survived.

And anonymous (1), if there's no place for wit on this blog, GK Chesterton would feel unwelcome in no small measure, wouldn't he!

It rather depends on how you define wit.

I'm Jewish myself originally. I included .the wine as an option to the bacon sarnie to make sure of not being excluded