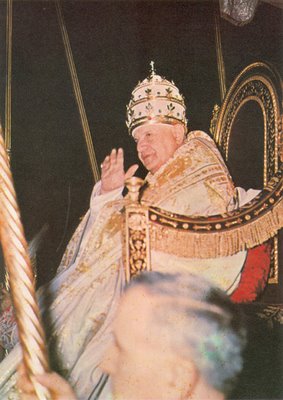 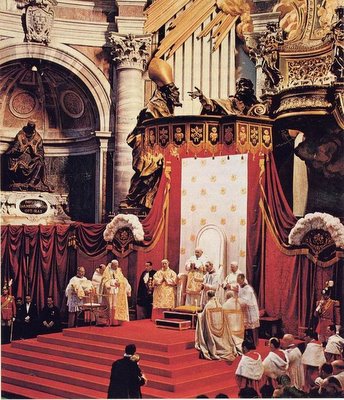 The "Good Pope" loved the liturgy of the Church, especially the pomp and ancient ceremonial surrounding the Papacy.
I remember as a little protestant child being so impressed 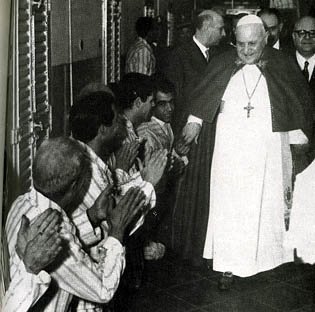 by the pomp and splendour of the opening of the Second Vatican Council and the Urbi et Orbi when it was shown on television.
at October 29, 2006

My sister once said John XXII was like a man walking into a bar shouting "The drinks are on me!" and walking out without paying. Bit harsh as he comes across as suffused with the love of Christ and his Church from his diaries.

I think your sister is being a little unfair. John XXIII died rather than walked out.

She can be like that, bless her. Always one to call a spade a bloody shovel, but then we are from Yorkshire.....

How John XXIII would weep over what is done in his name. He can't have been proud of his sucessor.

Is the little Protestant child in that picture?