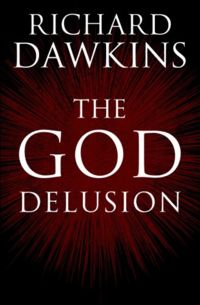 Richard Dawkins has been hawking his new book "The God Delusion" around apparently it is going to be a best seller for Christmas. I feel it is very easy to call someone silly but really Dawkins has very little to say as the Apostle of Atheism, as a seem one engaged in arguement what he has to say is severely limited. It is sad that his books are so often used in university foundation courses, for this reason we should be familiar with what he has to say.
Henry, one of our parishioners, who occassionally leaves a post on this blog, and loves to debate God with atheists recommends Dawkins to help improve their arguements. He says Dawkins normally leads them to start questioning their belief in aetheism. Terry Eagleton on the the London Review Bookshop reviews this book in aptly entitle article, ", there is a short extract below, the whole thing is well worth reading, just to experience Eagleton's own theological thoughts, which aren't Catholic but certainly sound.
Zenit today, has an interesting interview with Dawkins.

Dawkins thinks it odd that Christians don’t look eagerly forward to death, given that they will thereby be ushered into paradise. He does not see that Christianity, like most religious faiths, values human life deeply, which is why the martyr differs from the suicide. The suicide abandons life because it has become worthless; the martyr surrenders his or her most precious possession for the ultimate well-being of others. This act of self-giving is generally known as sacrifice, a word that has unjustly accrued all sorts of politically incorrect implications. Jesus, Dawkins speculates, might have desired his own betrayal and death, a case the New Testament writers deliberately seek to rebuff by including the Gethsemane scene, in which Jesus is clearly panicking at the prospect of his impending execution. They also put words into his mouth when he is on the cross to make much the same point. Jesus did not die because he was mad or masochistic, but because the Roman state and its assorted local lackeys and running dogs took fright at his message of love, mercy and justice, as well as at his enormous popularity with the poor, and did away with him to forestall a mass uprising in a highly volatile political situation. Several of Jesus’ close comrades were probably Zealots, members of an anti-imperialist underground movement. Judas’ surname suggests that he may have been one of them, which makes his treachery rather more intelligible: perhaps he sold out his leader in bitter disenchantment, recognising that he was not, after all, the Messiah. Messiahs are not born in poverty; they do not spurn weapons of destruction; and they tend to ride into the national capital in bullet-proof limousines with police outriders, not on a donkey.
Jesus, who pace Dawkins did indeed ‘derive his ethics from the Scriptures’ (he was a devout Jew, not the founder of a fancy new set-up), was a joke of a Messiah. He was a carnivalesque parody of a leader who understood, so it would appear, that any regime not founded on solidarity with frailty and failure is bound to collapse under its own hubris. The symbol of that failure was his crucifixion. In this faith, he was true to the source of life he enigmatically called his Father, who in the guise of the Old Testament God tells the Hebrews that he hates their burnt offerings and that their incense stinks in his nostrils. They will know him for what he is, he reminds them, when they see the hungry being filled with good things and the rich being sent empty away. You are not allowed to make a fetish or graven image of this God, since the only image of him is human flesh and blood. Salvation for Christianity has to do with caring for the sick and welcoming the immigrant, protecting the poor from the violence of the rich. It is not a ‘religious’ affair at all, and demands no special clothing, ritual behaviour or fussiness about diet. (The Catholic prohibition on meat on Fridays is an unscriptural church regulation.)
...
The Christian faith holds that those who are able to look on the crucifixion and live, to accept that the traumatic truth of human history is a tortured body, might just have a chance of new life – but only by virtue of an unimaginable transformation in our currently dire condition. This is known as the resurrection. Those who don’t see this dreadful image of a mutilated innocent as the truth of history are likely to be devotees of that bright-eyed superstition known as infinite human progress, for which Dawkins is a full-blooded apologist. Or they might be well-intentioned reformers or social democrats, which from a Christian standpoint simply isn’t radical enough.
The central doctrine of Christianity, then, is not that God is a bastard. It is, in the words of the late Dominican theologian Herbert McCabe, that if you don’t love you’re dead, and if you do, they’ll kill you. Here, then, is your pie in the sky and opium of the people. It was, of course, Marx who coined that last phrase; but Marx, who in the same passage describes religion as the ‘heart of a heartless world, the soul of soulless conditions’, was rather more judicious and dialectical in his judgment on it than the lunging, flailing, mispunching Dawkins.
at October 24, 2006

Dawkins is a card, isn't he! If he wants to prove as a scientist that God doesn't exist, he's in the wrong discipline. The right discipline is philosophy, in particular metaphysics, which the critical idealism of the Enlightenment discarded.

A few weeks ago Dawkins ventured that we can't prove or disprove that God exists, which makes him an agnostic rather than an atheist.

But the funny thing is that the presuppositions of science can be supplied only by a theistic world view:

(1) the Universe, having been created by a good God, is itself good and worthy of study;

(2) there is order in the Universe, which can therefore be discovered by controlled observation and experiment - therefore it must have been intelligently designed;

(3) the Universe is contingent - it could have been other than it actually is - which makes controlled observation and experiment indispensable to the discovery of its order - therefore its Creator must have free will.

Dawkins is not a scientist. What he publishes is rhetoric. He used to be a zoologist but he does not do what a conventional scientist does - ie tests theories with rigorous experimentation. He is a polemicist, NOT a scientist.

No bias there, no sir. Nothing but clear objective observation of the data.

Isn't he supposed to be some kind of scientist? Where did he do his theology and philosophy then?

In the second piece on Zenit, Dawkins is unable to answer where matter came from and whether there is freewill rather than scientific determinisn.
Does he give an answer to why does the universe exist?

What are you talking about, Paulinus! Maureen Lipman says "if you've got an -ology, you're a scientist!"

Richard Dawkins views often seem as fundamentalist as the religious beliefs he condemns. He is a mass of contradictions however. His wonder at the poetry of science, the miracle of life, ‘to see a world in a grain of sand, and heaven in a wild flower’ , is almost Catholic in its approach. Certainly he is awestruck by life and the universe – he just doesn’t (yet) accept the concept of Creator. You do sometimes get the feeling that he ‘protesteth too much’.

But surely he is not ‘the most dangerous man in Britain’ (© Paul Johnson) rather someone who at least engages in the most worthwhile of debates with great enthusiasm and intellectual force. Perhaps a greater danger we face is the sheer indifference to religion or God that surrounds us, that lumps all religions in the same boat, whether as ‘faith groups’ to be equally (usually superficially) respected, or cults of deluded and dangerous zealots who at the very least want to stop them having fun, or at worst want to blow them up.

Richard Dawkins clearly sees himself as the torch bearer for all right thinking rationalists, fearless in his mockery of those who believe in the supernatural of any kind. It would be interesting to see if Dawkins would publish a version of the book entitled ‘the Allah delusion’.